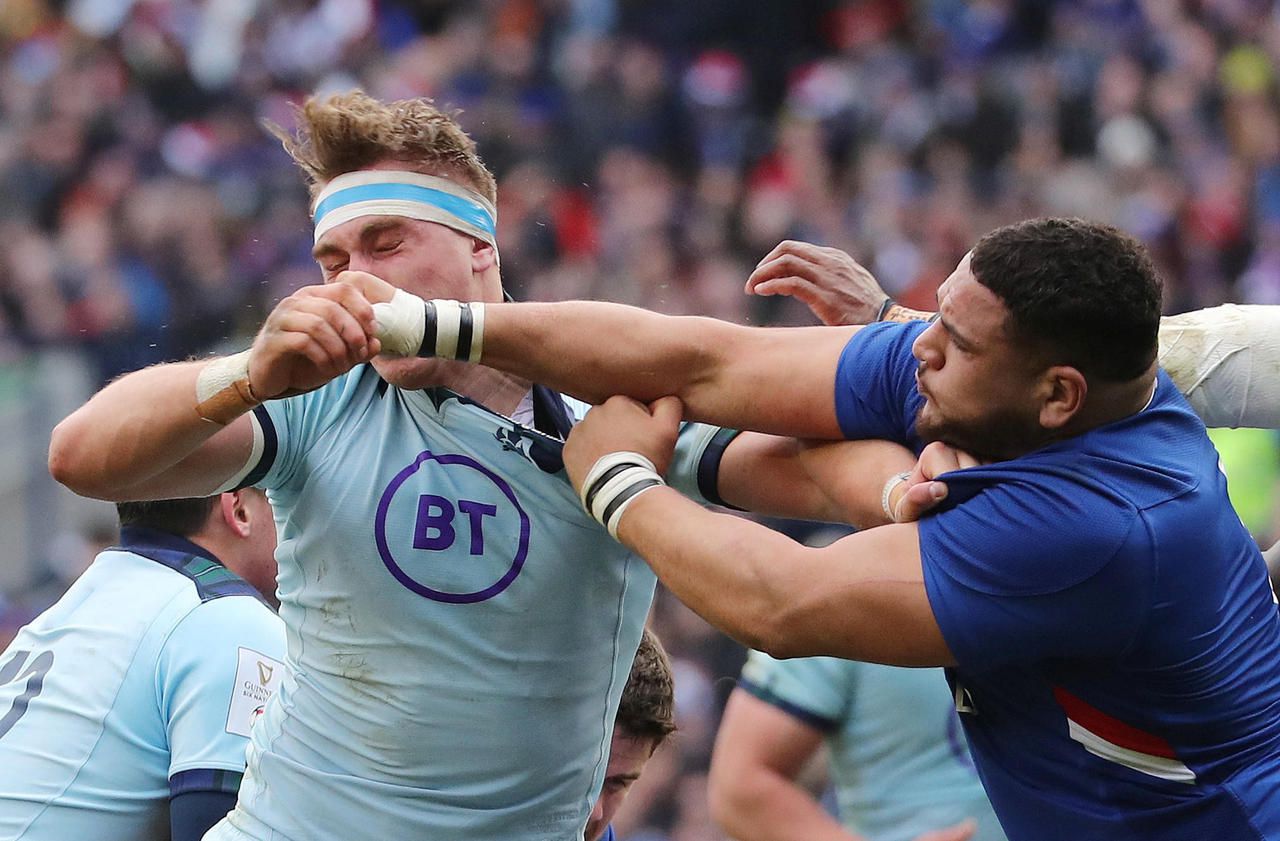 We hope for Mohamed Haouas that he wisely avoided reading the press this Monday morning while having breakfast at the Balmoral, the Hotel des Bleus in Edinburgh (Scotland). Because in the aftermath of the defeat of the XV of France (28-17), the Scottish media are not tender with the pillar of the Blues, expelled before the break for a punch on the third line of the XV of the Thistle Jamie Ritchie.

“Haouas has zidane the attempt of Grand Slam of France”, launches the Scotsman, who does not hesitate to compare the blow of blood from the front to the four selections with the head shot of the number 10 of the team of France football in the 2006 World Cup final. The media believes that this moment of “French madness” helped the local players, who scored 22 points after the expulsion of the pillar.

“French indiscipline has struck again,” said the newspaper, which also evokes the yellow card taken after five minutes of play by the third line of the Blues François Cros. “The Blues see red”, explains, moreover, the BBC, which wonders if it is the moment when France “threw its Grand Slam”.

On March 8, in the evening, the Blues refused to overwhelm the pillar of Montpellier, whose enthusiasm and good humor are greeted by the staff. “The team must remain united,” insisted the French captain Charles Ollivon. We were in victory. Now it’s going to be essential in defeat too. I have the impression that this has been the case since the final whistle. We will need to remember this moment between us. “

Mitchell Robinson is still scratching the surface of Knicks’ potential

The Mexican Stock Exchange registers a fall of 6.42%, its worst daily record in more than a decade