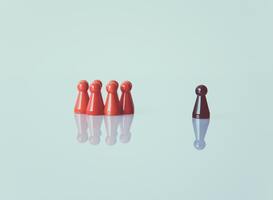 With the recent relaxation of the corona measures, social contact and well-being are increasing again. Compliance with most measures remains stable for the time being (such as testing at the GGD and avoiding crowds) or decreasing gradually (such as working from home or 1.5 meters). This has emerged from questionnaire research by the RIVM and the GGDs, the RIVM reports.

The support base for most measures is unchanged and the majority is still behind this if they were to take another 6 months. This especially applies to the rules of conduct on hygiene, working (partly) from home, avoiding crowds, testing and quarantine. The willingness to vaccinate among the participants is stably high, but differs per vaccine.

Despite the high level of support for the measures themselves, the number of people who have faith in the government’s policy on corona is declining. Many participants in the study are critical of the direction and explanation of the policy. One fifth thinks that there are too many measures; a third too little.

A further decline in compliance with the rules of conduct is plausible on the basis of the results of this study. For example, many people expect to take the measures less carefully after vaccination. Events and relaxation also lead to more crowds and less distance, even among people who have not (yet) been vaccinated.

In addition, few people say that they are tested or quarantined after a trip abroad. However, this is important to limit further distribution and introduction of new variants.

Murder of policewoman Kitty Van Nieuwenhuysen in 2007 in Beersel: one of the murderers placed under electronic surveillance