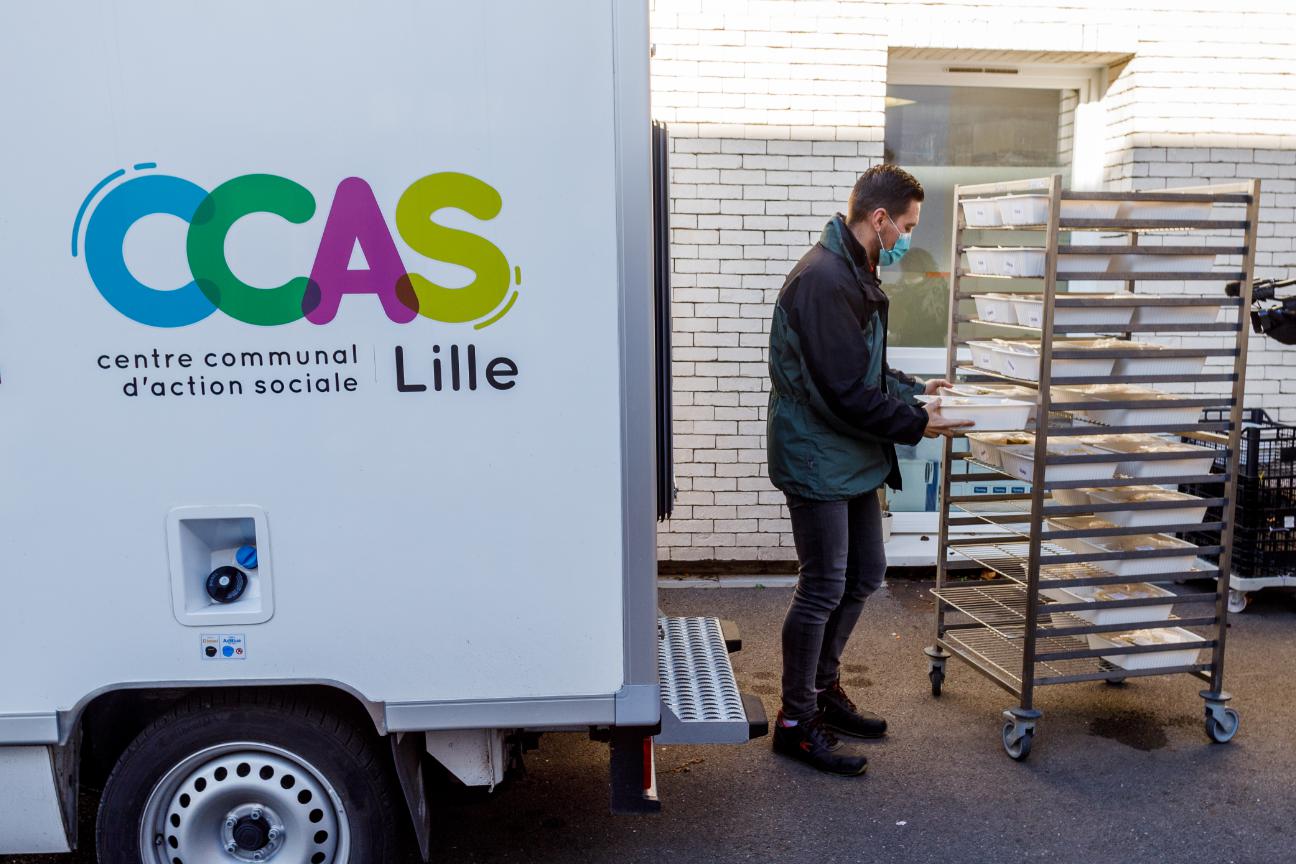 More than 8,000 calls were made to Lille residents weakened by the health crisis. Municipal officials have contacted the elderly or disabled on the list of PAU (alert and emergency plan) and those registered for the Seniors Pass. These contacts made it possible to ensure that they were well, to offer them listening and assistance when necessary. Home visits have also been set up by the Pass Seniors and the CLIC (local information and coordination center) of Lille, with the civic services employed by the City.

From the first confinement, the City, through the voice of Marie-Christine Staniec Wavrant, health assistant, in conjunction with Anne Goffard, pandemic risk assistant, asked the EPSM (public mental health establishment) of the Lille agglomeration to set up a 24/7 telephone number available to the population. At the end of the line, psychologists provide medico-psychological support to anyone in difficulty following the effects of the health crisis and confinement. Many calls were recorded among isolated elderly people, students in precariousness, victims of domestic violence, shops closed with no prospect of opening …

“Health listening” spaces, set up by the City three years ago, were particularly in demand. Installed in seven neighborhood town halls, these spaces receive people with mental health problems, followed in advance by social workers or health resource centers. They are received free of charge by psychologists during on-call services in local town halls. Elderly people followed by social workers or CLIC referents, for their part, and depending on their situation, were able to benefit from home consultations.

“When you put aside your mental health, you put aside your health altogether. Through these hotlines, a course of care was offered to certain people. And it worked. Almost 20% of them were followed for other health problems ”, comments Hélène Pauchet, head of the city’s health service.

The solidarity fund voted by the municipal council last June for an amount of € 1 million has made it possible to maintain the activity of associations, in particular those working in the health sector. Fortunately, because the permanence of the “health listening” spaces have sometimes been tripled in certain district town halls, such as Moulins and Wazemmes, to meet the demands of the population. “Among them, women victims of domestic violence. Especially since neighborhood town halls are anonymous places where it is easy to walk through the door, ”continues Hélène Pauchet. An eighth “Health Listening” space should open its doors in the second half of 2021 for residents of the Center and Vieux-Lille districts.

The service of carrying meals offered by the CCAS of Lille to Lille and Hellemmois was of course maintained during the health crisis. This service set up for people aged over 65 and people with disabilities saw the number of beneficiaries increase from the first confinement, last March. From 220 meals delivered, the number rose to 270 on certain days of the week.

At the height of the crisis, administrative procedures were simplified so that new beneficiaries could be served very quickly. “The goal was that no one is left without eating because they are unable to leave their home,” notes Daniel Leleu, head of the service. Moreover, we thought that these new beneficiaries would only take meals for a few weeks. It was not the case. Today, we continue to deliver up to 270 trays. »Proof that balanced and varied meals are of high quality and that prices, calculated according to resources, are accessible to all.

To brighten up this difficult period, from April to mid-July, the City has even enriched the meal trays at no additional cost for their beneficiaries. With each day, a soup and a portion of cheese in addition to the “normal” meal tray. To cope with the increase in activity, an additional delivery man has been recruited. He joined the team that goes to the beneficiaries’ homes from Monday to Friday, respecting barrier gestures. “Even more than usual, the deliveries of meals were an opportunity to have a daily visit for isolated people, who really needed to be reassured,” continues Daniel Leleu.

In times of epidemic, this service has been of great help in limiting travel by avoiding going out to shop. Especially since the carrying of meals can be set up on an ad hoc basis, by choosing the number of meals delivered per week and without commitment over time. More information to benefit from it: meal porterage service on 03 20 50 51 31 or Senior Info Point on 03 20 49 57 49.

During the two confinements, in partnership with the Department and the Chamber of Agriculture, the City distributed food baskets for the most vulnerable. 2,700 people isolated from Lille, Hellemmes and Lomme, benefiting from aid from the CCAS, were asked to collect packages in December on two occasions.

Books at your doorstep

A home reading port was set up last July by the Municipal Library in partnership with the CCAS. This service is aimed at residents of nursing homes and seniors in rental municipal residences in Les Beigneaux and Les Dintellières. A questionnaire was given to them to find out their literary tastes and their specific needs (large print books, audio books, etc.). To the Public Library, a dedicated service is responsible for preparing personalized selections (books, CDs, DVDs, magazines, newspapers) for residents. A CCAS agent makes deliveries every six weeks.

Juliette Sgard is responsible for coordinating this service. “On an experimental basis and since September, this door-to-door service has also been deployed in the Center and Vauban-Esquermes districts for people who have difficulty getting around in the media library. ” More info on babywearing in the Center and in Vauban-Esquermes on 07 78 57 27 14 or glebrun@mairie-lille.fr.

Australia to end containment in Victoria