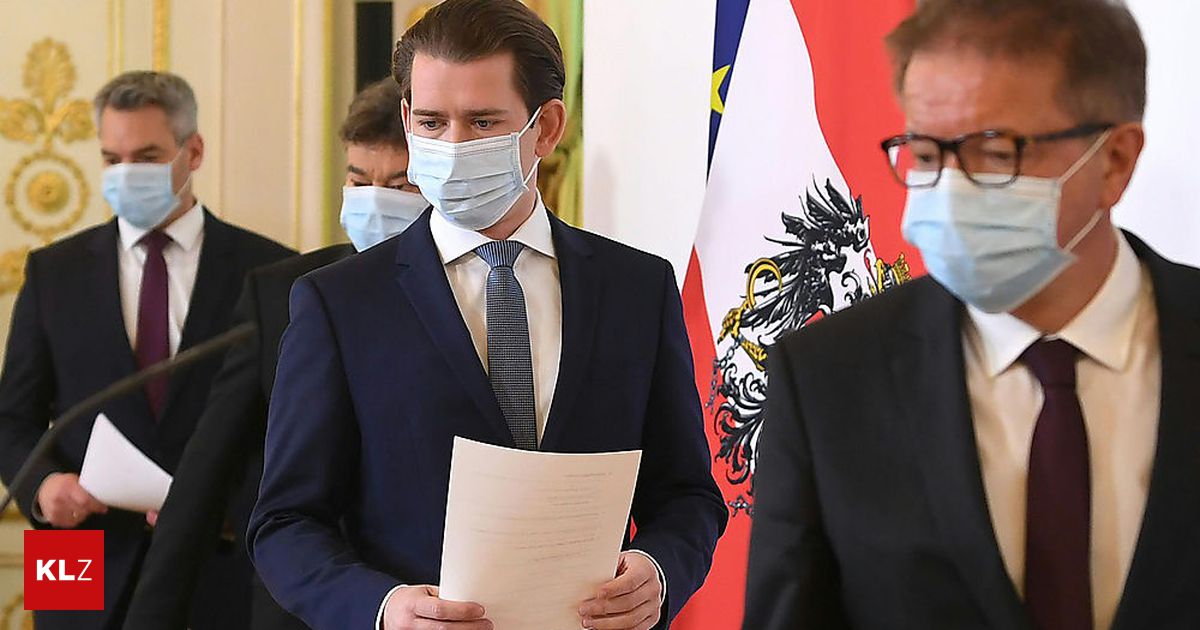 A decision will be made at the end of April on what will happen to the schools, and the government also thanked the population for their discipline at Easter.

The government came to the Federal Chancellery today – on day 1 of the easing – to provide information on the latest news on the Corona crisis. Chancellor Sebastian Kurz (ÖVP) wants to start with a positive message after Easter: “We are on track.” The current numbers of sick people and those in hospital are developing well, thanks to the Austrians. This development also makes it possible for the first easing to take effect today.

When asked whether Kurz was thinking of repairing various measures that were obviously not constitutional, he waved them off. He asked for leniency that this was an exceptional situation. The clarification of the constitutionality of the measures can only be finally clarified “when most of them are no longer in force”.

The government announced a “loosening with built-in emergency brake”. Logic and common sense will require us even more than strict rules, writes the editor Claudia Gigler. You can find your comment here.

The Chancellor also announced that it would make a decision at the end of April on when and how the schools would reopen. Then you can better estimate the development, it is currently too early.

“As much freedom as possible, as much restriction as necessary”, but will also be the motto in the next few weeks, explained Kurz. “If the numbers develop wrong”, the government will take measures again. Currently, however, one is taking the first steps towards a “normal life that we all love so much”.

Tomorrow, Wednesday and Friday there will be new information for the areas of sport and major events in order to be able to offer those affected a perspective. “Please remain strong, the crisis is far from over,” said the Chancellor.

Vice Chancellor too Werner Kogler (Greens) thanked the Austrians, who made the easing possible with their discipline. An “emergency brake” is still possible, however, and care will now be taken to ensure that the numbers do not increase. If these are kept within limits, “more will be possible”.

Tomorrow he will present new measures for the sports facilities, especially outdoor activities with a sufficient distance will “get there again faster” than those in closed rooms. Details will be announced tomorrow, this Tuesday and Wednesday he will also talk to representatives of Austrian football about possible ghost games. In any case, Kogler wanted to “let logic and common sense prevail” when easing the measures.

There are already 1.9 million people infected worldwide, Minister of Health said Rudolf Anschober (Green) and thousands of dead. In Austria “with measures that were apparently correct” could significantly restrict the spread. In mid-March, the number of infected people doubled every three days, and the current figure is 39 days. “It is very gratifying.” 7,542 people are now also healthy in Austria. 152,000 tests have already been carried out, which puts Austria in the top spot in an EU comparison. The daily test capacity for the corona virus is now 10,000. There are now enough reagents for this. As announced, employees in healthcare and retail as well as staff and residents of old people’s homes and nursing homes are to be tested further and now target group-oriented.

The first stage, which was difficult, was mastered, but the second would be even more difficult. Now it is important to keep the number of people infected at this level and to prevent another sharp increase. And to do this, the discipline of the population is still needed. He himself had seen that “people are very good at wearing mouth-nose protection and keeping their distance”. It should stay that way “so that we don’t have to pull the emergency brake”.

Despite the openings in the trade and the increased frequency of public transport, it should not be the case that the number of infected people will also rise sharply in the next two weeks. For this reason, security measures such as mask requirements and the like are ensured. If these do not work, you have to “pull the emergency brake” again. Nevertheless, the health minister expects a slight increase in the coming days. However, Anschober no longer expect a vaccine this year.

2,246 notices and 380 administrative penal orders were spent over Easter, Interior Minister said Karl Nehammer (ÖVP). “Although there was so much pressure to visit friends and relatives over Easter,” there were significantly fewer ads than on weekends earlier. He would also like to thank the population for this. There were four fatalities over Easter, “a reduction of 50 percent”.

Scandal Grows: Taiwan Revealed E-mails It Sent To WHO In December Alerting About Coronavirus Epidemic