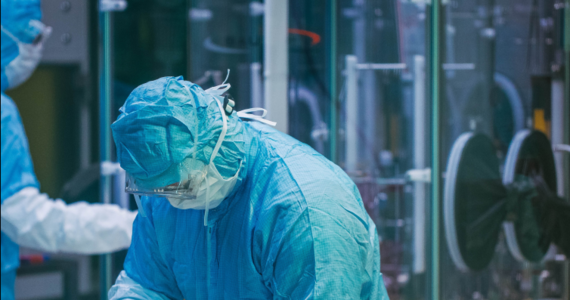 The German company is in talks regarding the production of the Russian Sputnik V vaccine. Politicians have announced their support.

Last year, the company was working on its own COVID-19 vaccine
/Twitter/DT Biologika /Twitter

The news that scientific research has confirmed the effectiveness and safety of the Russian Sputnik V vaccine caused a great stir in Germany.

On Wednesday, February 3, German Health Minister Jens Spahn said talks were ongoing with Moscow to investigate the possibility of producing a vaccine in Germany. A day later, the Saxony-Anhalt state government confirmed that the Russians had contacted IDT Biologika in Dessau. “There are no ideological objections to Sputnik V. We are excited about anything that can help in the fight against the coronavirus,” said spokesman for Prime Minister of Saxony-Anhalt Reiner Haseloff, maintaining the prospect of support for the company. – If IDT Biologica wants to produce a Russian vaccine and the vaccine is approved in the EU, we as the government of the German state will do everything we can to help the company.

The possibility of having another vaccine soon has been well received in Germany, where there is growing dissatisfaction with the slow rate of vaccination compared with countries such as the US, Israel and the UK. The government in Berlin is accused of not having secured privileged access to a Biontech / Pfizer vaccine, even though Biontech is based in Germany and its vaccine was the first to be marketed in the West.

IDT Biologika develops and manufactures vaccines and other drugs commissioned by pharmaceutical companies around the world. The company was founded 100 years ago and employs approximately 1,400 people at plants in Dessau-Rosslau and Magdeburg in eastern Germany and in Rockville, Maryland, USA.

When the coronavirus started spreading last year, the company initially tried to develop its own vaccine. It received EUR 114 million from the government for the first phase of clinical trials. However, the MVA-SARS-2-S vaccine, developed in collaboration with the German Center for Infection Research (DZIF), has proved ineffective.

The @PEI_Germany has approved clinical testing with the vaccine MVA-SARS-2-S against #COVID19. The vector vaccine was developed by @DZIF_ and IDT and will be tested in the first phase for its safety, tolerability and specific immune response to the pathogen. pic.twitter.com/TYUFyFiMtp
— IDT Biologika (@idtbiologika)
October 2, 2020

IDT Biologika announced earlier this year that it is working on a vaccine improvement, but is two months behind schedule. As a contract manufacturer for other pharmaceutical companies, the Dessau-based company is firmly committed to the global race for vaccines. It produces eight million doses of AstraZeneca at its Dessau-Rosslau factory, which opened in 2019.

IDT Biologika director Juergen Betzing has so far declined to comment on the possible production of the Russian Sputnik V vaccine. He only admitted that his company is in talks with various manufacturers to “discuss the challenges of a reliable vaccine supply.” “Our know-how is very much needed now,” he said in an interview with the “Mitteldeutsche Zeitung”, emphasizing that his company is one of the main producers of vaccines in the world.

At the same time, Betzing suppressed hopes for a quick introduction of Sputnik V in Germany, saying that preparations for the production of the new vaccine would take at least four to five months. “It would be very ambitious, but we would undertake it,” Betzing said.

A few days ago, the head of the IDT development department, Andreas Neubert, warned on radio Deutschlandfunk against excessive expectations. The company has no spare capacity at present, “but we have capacities that we could expand.” However, this is not a question of money, but of time, he added. “We are running out of time,” emphasized Neubert. “For every process I set up, for every quality control, for every procedure, I have to set aside an appropriate amount of time. If I don’t, it just doesn’t work.”

If the EU authorities give the green light, Sputnik V will be the fourth vaccine approved in Europe, after Biontech / Pfizer, Moderna and AstraZeneca. However, their distribution is hampered by delays in delivery, bottlenecks in production and wrong political decisions.

The Russian government was criticized last year for mass administration of the vaccine before all clinical trials are completed. Now Chancellor Angela Merkel has offered to help the German government accelerate the approval of Sputnik V in the European Union. France and Spain have already signaled their interest in the vaccine.

More than two million people in 15 countries, mainly in developing and emerging countries, have been vaccinated with Sputnik V so far, according to the Russian state-owned fund RDIF, which financed the development of the vaccine. In the EU, the vaccine has so far only been used in Hungary, where it received emergency approval in January.

Longest live those who are slowly getting fat