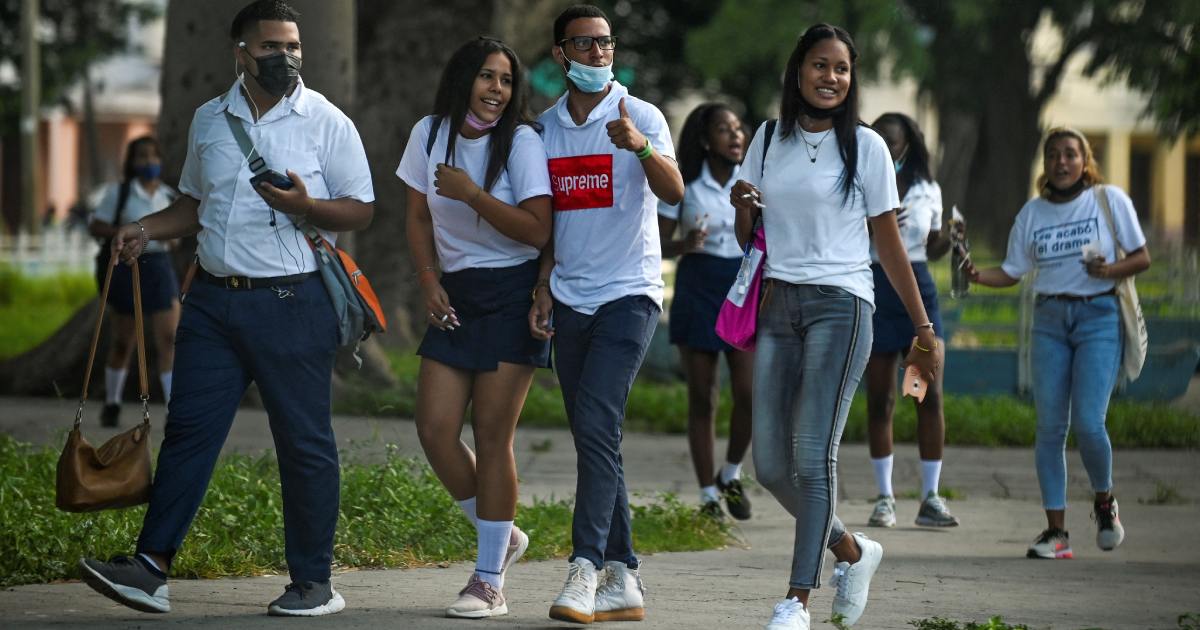 After nine months closing, the Cuban students from 16 to 18 years they returned this Monday to lessons, after you’ve been vaccinated against him covid-19, while the More smalls they will do it in November.

The President Miguel Díaz-Canel and the Minister of education, Ena Elsa Velazquez, attended a modest event at the new ‘Carlos Rafael Rodríguez’ polytechnic, in Havana, for the resumption of the school course in person.

Of the little more than two million students, only 84,500 return to classrooms on these dates, corresponding to 12th grade, third and fourth year of Pedagogy and third year of technical and professional education.

The return of the smallest will be determined by the epidemiological situation in each province.

Cuban schools closed their doors in mid-January due to the increase in cases of the covid-19 pandemic and, although there was progress in classes on television and other non-face-to-face media, no educational level could finish the course, which they will do in the next few months in person.

The Cuban educational system is public and free.

The new course, whose traditional start is in September, is postponed to the final months of the year, as each specialty finishes the previous one.

The eastern province of Las Tunas will be the first to start the 2021-2022 school year, in November. In the case of Cienfuegos and Camagüey, it will be in January, and the rest of the provinces, in March, the Ministry of Education reported.

Cuba in July incorporated its pediatric population (2 to 18 years old) into the immunization campaign with its own vaccines, a condition set by the government to allow the return of students to the classroom.

With a total population of 11.2 million inhabitants, Cuba had completed on Friday the complete scheme (three doses) of 5.4 million people, 48.5% of the population, according to the Ministry of Health.

The authorities hope to have immunized the entire population by the end of the year, and for this purpose the vaccination with special doses of people allergic to thiomersal and those who have passed the disease has already begun.

In line with the decrease in cases due to vaccination, the authorities have decreed the opening of restaurants and other public services in eight of the 15 Cuban provinces, which includes beaches, swimming pools and gyms, with limited capacity and will open their borders to international tourism on the 15th. of November.

Mairis Briedis. What’s next? – Click – and the world opens! – TVNET