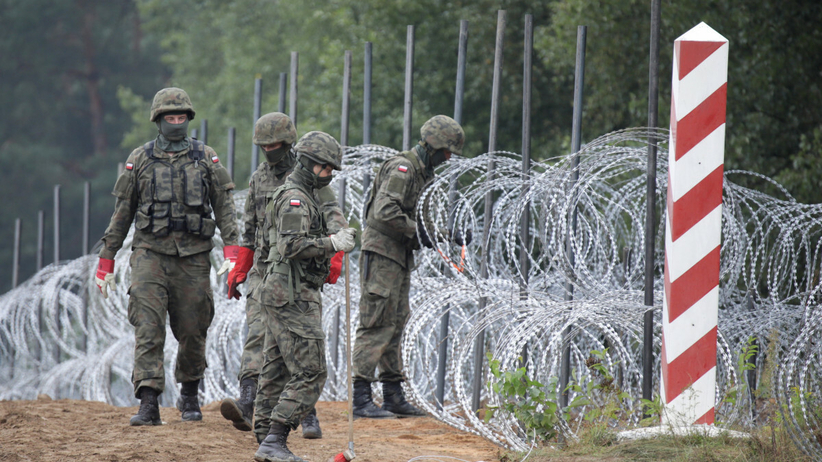 A wall will be built on the Polish-Belarusian border, said Deputy Defense Minister Marcin Ociepa. As reported by Radio ZET reporter Jacek Czarnecki, decisions have been made.

State of emergency at the Polish-Belarusian border, it will be in force at least until the end of November. The president’s decision in this matter was supported by the Sejm late in the evening.

So far, the services have set up barriers and other temporary security measures at the border. A wall is to appear in the coming weeks, as Deputy Defense Minister Marcin Ociepa said on Friday. It is not known yet on which episode will be built.

Wall on the border with Belarus. The government made a decision

Mariusz Kamiński, Minister of Internal Affairs and Administration, spoke about the new security measures on the Polish-Belarusian border in an interview with wPolityce.pl on Friday. – We analyzed all patterns used in Europe – from Greece, through Hungary, Serbia, to Spain. We know the field conditions and the needs of the Border Guard. We are finishing the technical specification and calculating how much it will cost. A political decision was made to secure appropriate funds – said Kamiński.

See also  “How many women have to be raped?”: Accusations of sexual assault against Salgado Macedonio are intensifying

The minister added that the government intends to use the latest technologies to monitor the situation at the border. – The so-called perimetry is being built – a system of motion sensors with thermal imaging cameras that immediately show precisely where how many people are gathering. Firstly, it is going to be very difficult to pass this barrier, and secondly, with each attempt, the information will immediately reach our guards, and they will react immediately – he added.

He explained that the new border installation will be “much higher than the current one”. – If I had to compare to those already existing in other countries, it is closest to the one on the Greek-Turkish border – he pointed out.