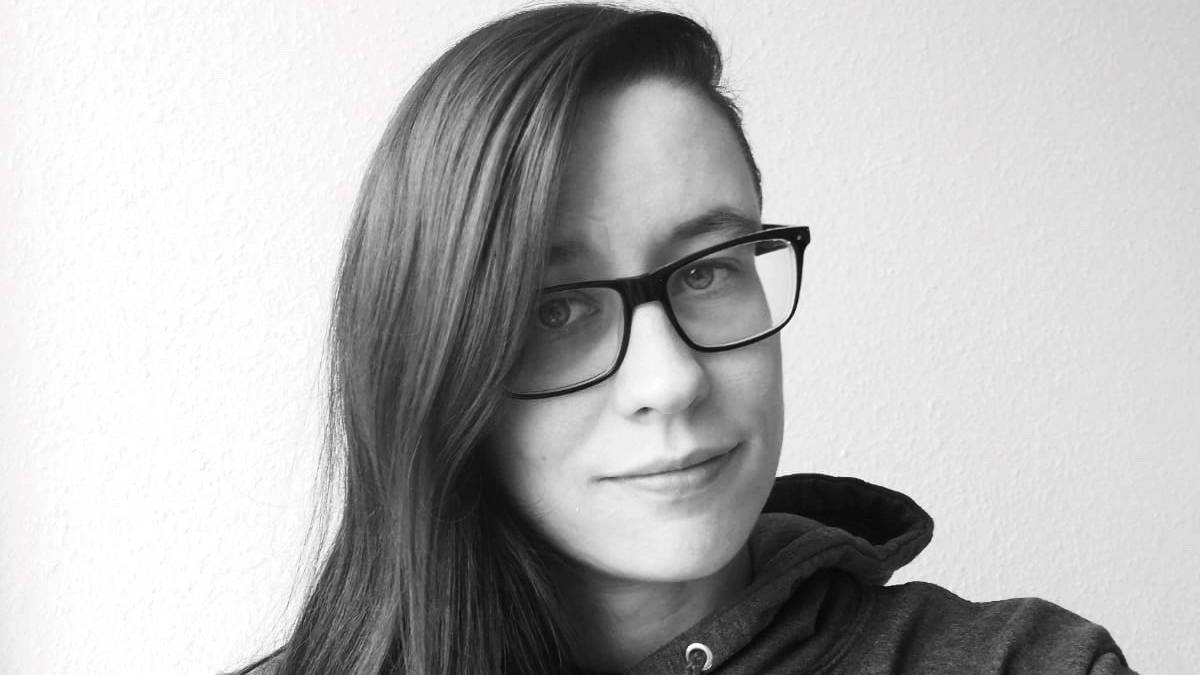 In most cases, each woman decides for herself whether and when a woman wants to become a mother in her life. There are many contraceptives that can usually be used to avoid an unwanted pregnancy. Nevertheless, a residual risk remains. Much safer, but also final, is contraception through sterilization. It is usually women in their mid-30s who decide to have this procedure after they have had a child in order to avoid another, unwanted pregnancy. In theory, however, any woman can be sterilized from the age of 18.

Although permitted by law, the desire for sterilization in women under 35 is not quite as self-determined and simple as expected. Because in reality, the decision for sterilization is not only made by women, but also by doctors. Only a few agree to carry out the procedure on childless women under 35. Although the law declares us to be adults at 18 and thus grants us the corresponding rights, female self-determination seems to impose an age restriction here. Is a woman in her mid-20s too young to be able to decide about her body and her future and is sterilization at this age generally considered too early?

The 28-year-old Caro has undergone sterilization. In conversation with NEON, she talks about her way to the operating room and the background for her decision.

NEON: When did you realize that you react differently to the supposed desire for children, which is assumed in women sooner or later?
Caro: I’ve never had a good connection with children. When I was 13 years old my parents had another child. At the time I saw my sister’s upbringing as very exhausting for my parents. I have seen how much waiving it means to be there for a child and I believe that this experience has shaped me a lot. That’s why I don’t see myself in the role of a mother and I probably wouldn’t have been a particularly good one.

When did you first think about getting sterilized?
I think that was at the beginning of 20. It was already clear to me at the time that I couldn’t imagine living with a child. However, at that time I was neither in a relationship nor sexually active, so there was no direct need for action. It was only when I met my boyfriend today three and a half years ago and I had to think again about long-term and, above all, absolutely safe contraception, that I found out more about it.

Why were regular contraceptive methods such as birth control pills not an option for you?
Of course, I also tried other contraceptives. When I was fifteen, I took the pill for a while. But when I stopped taking it, my body rebelled. As a young girl, no one tells you what exactly you are using the pill to deliver to your body and what changes your body has to master when you stop taking it. In addition, the pill is only safe if you take it regularly. For me, as a rather forgetful person, this is far too uncertain. In the past three years I have also tried the Nova ring and used the spiral until it was sterilized. Here, too, I had to deal with side effects such as abdominal pain and irregular bleeding, which is why neither of these were long-term solutions for me. Although regular contraceptives are considered relatively safe, my fear of unwanted pregnancy has always been very great. Those who know for themselves that they do not want children but are constantly at risk of becoming pregnant are under constant psychological tension. Sterilization gave me the security I always wanted and was the only right decision for me.

How did your friend and those around you react to your decision? Did you often have to justify yourself beforehand?
Anyone who, like me, decides to sterilize at the age of 20 may have to face social incomprehension and headwind. For this reason, I have only spoken to a few people about this very personal topic. I involved my mother relatively early in my decision. She knows me very well and knew that children are not an issue for me and that sterilization would be a relief for me. I didn’t have to justify myself to the few friends I told. They are all people who are close to me and know me. It was clear to everyone that such a decision was not taken lightly.

At the beginning of our relationship, I told my friend very clearly that I didn’t want children. Since he does not feel the desire to have children himself, it was never a problem between us, on the contrary. He quickly noticed how much I suffer from the constant uncertainty and has supported me in my project from the start.

What form of sterilization have you had? Did you have trouble finding a doctor who was ready to do the sterilization for you?
I have to say that I was extremely lucky to find a doctor. Not a matter of course! Many reject the procedure as soon as you state that you have no children and are under 35 years of age. I know from other women that they often had to look for a doctor for the procedure for up to a year. I already had success with the second doctor.

Among the methods of female sterilization, the fallopian tube removal, the salpingectomy, is the safest. That is why I chose this method. I think that those who want to keep the possibility open from the outset of having the surgery reversed at a later stage should rethink the desire for sterilization.

Was it difficult for you to get useful information about the sterilization beforehand?
Contrary to information about vasectomy, which is male sterilization, it was really difficult to get useful details. It’s a shame, I think. Above all about the course of the intervention there is incredibly little on the web. An overview of doctors who carry out sterilizations is also unsuccessful. That makes it very tedious. I can recommend the ProFamilia website and the Self-Determined Sterile Association. e.V.

Do you think it is justified that many doctors refuse to sterilize women under the age of 35?
I share my opinion. On the one hand, doctors naturally have a certain responsibility towards their patients, which is why I think it is right if doctors question the motives for a request for sterilization and follow up on their duty to advise. On the other hand, I think it is the wrong approach to set up general rules and age restrictions for such a personal matter. The decision of the doctor whether or not to consent to surgery before the age of 35 should instead be made individually for each patient. I think every woman deserves to be taken seriously in her desire. An open and informative conversation should therefore first be in every doctor.

What makes you so sure that you will not change your opinion about children in the course of your life?
As already mentioned, I have never wanted to have children and have always considered myself unsuitable for the role of mother. However, I cannot rule out 100 percent that this could change at some point. But when you are 25 and you decide to have a child, ignorant of what it means to be a mother, it is a no less significant, irrevocable decision. Only then you may not only be the victim, but also the child who has to grow up with a bad mother. 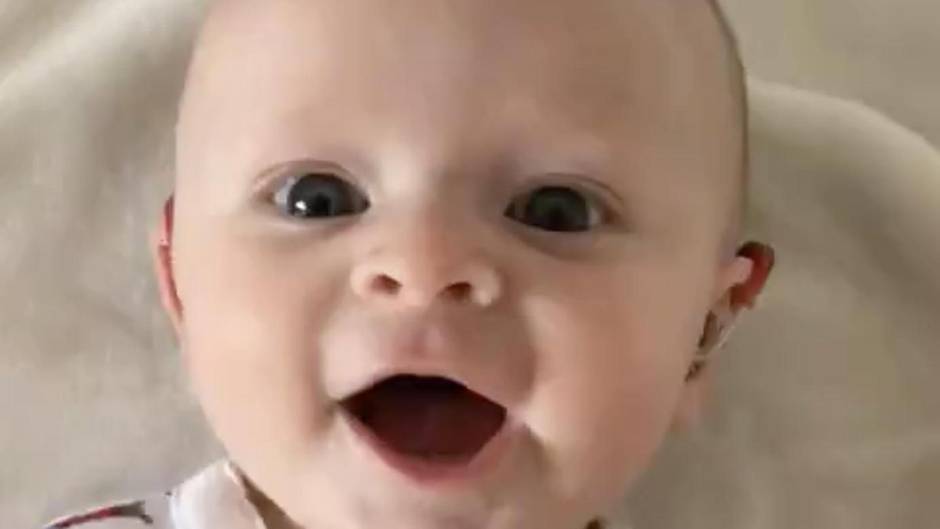 I therefore find it legitimate and reasonable to be able to take advantage of the option of sterilization even under 35, provided that you are safe enough as a woman and have dealt intensively with the topic. In the unlikely event that I regret the procedure at some point, I have to live with it, but at least it only affects myself and not an innocent child.

What would you advise young women who want to be sterilized?
If you want to be sterilized, you should definitely take enough time to make your own decision and carefully weigh the pros and cons. I think it is important to deal intensively with the thought or wish before you really get active.

For detailed information, I recommend exchanging ideas with women who have already had the procedure. In addition, one should approach the matter as realistically as possible and prepare for a somewhat longer search for a suitable doctor.

How do you feel now, so soon after your sterilization?
I am very relieved to have finally taken the step. So far I have not regretted the procedure for a minute. It was the right decision for me personally, I’m sure of it. It is a liberating feeling that you no longer have to be afraid of an unwanted pregnancy and that you can now conclude the chapter finally. I am happy to have found a doctor who enabled me to sterilize at 28. Basically, I would like our society to have more openness and understanding for personal decisions of this kind and hope that in the future women will find it easier to go their own way.

The Corona put in beer by the Covid-19?