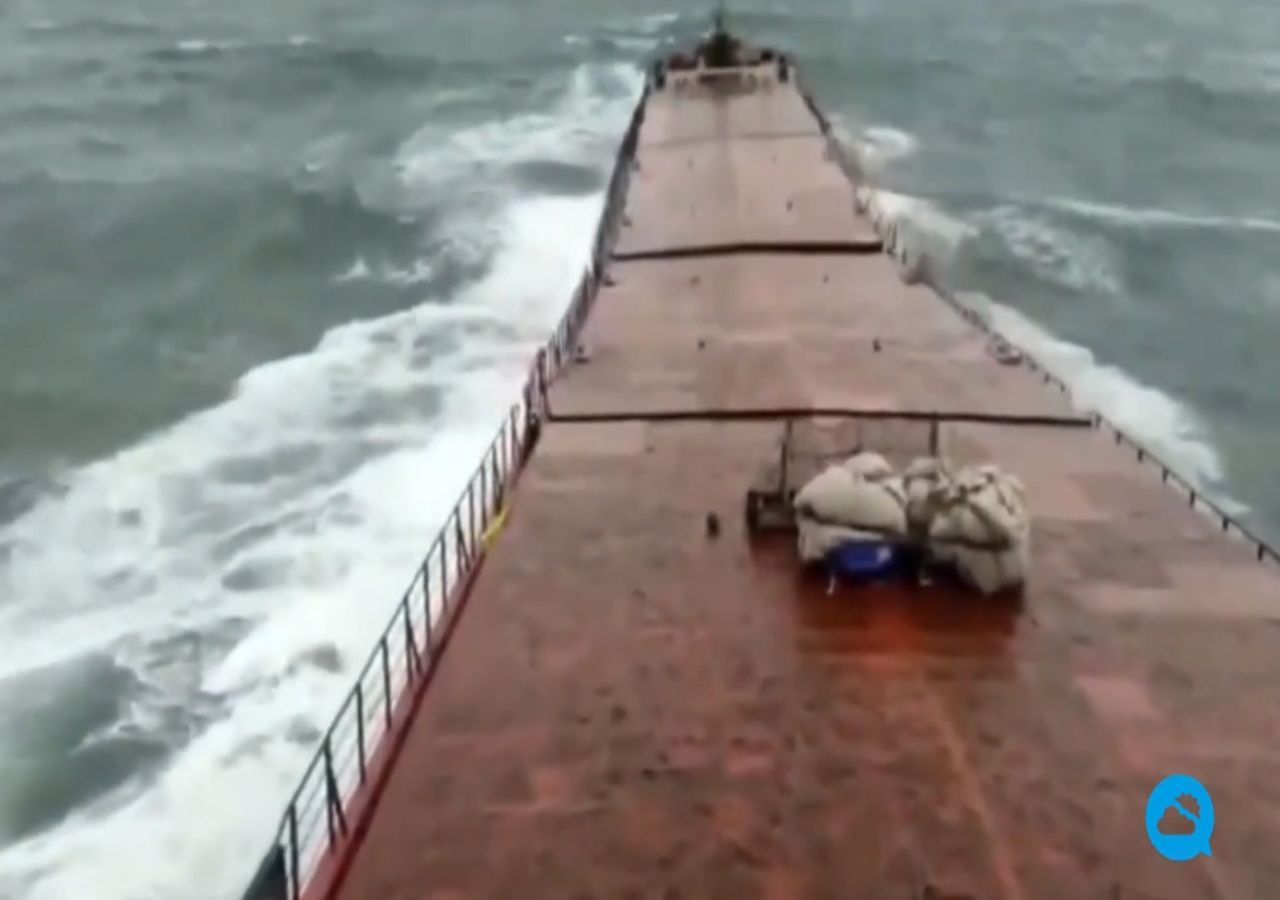 If you want to see with your own eyes some of the extraordinary dangers that modern sailors face dailytake a look at this new video released by the Turkish maritime authorities, where they are revealed scary images of a ship completely devastated. The cargo ship, Arvin, raised the flag of the Republic of Palau, a small archipelago in the Pacific, when on January 17th I know sank off the coast of Inkumu, in the north of the province of Bartin, on Turkey. The wreck caused the tragic death of half the crew, which included 12 people: ten Ukrainians and two Russians.

The remaining members, fortunately, were rescued by frigates of the Turkish Navy, promptly sent by the Turkish Ministry of Defense. In the images below, we can see the ship broke, literally, in two, due to the storm that hit the Black Sea. Furthermore, the panic that prevailed at that moment is noticeable given that we heard the captain exclaim: “Mayday! Mayday!”.

This tragic incident was attributed to the adverse weather conditions that forced the captain of the cargo ship to interrupt the journey, forcing them to seek shelter in the port of Bartin. Torrential rain, snow and strong wind at that time were harassing the Black Sea region intensely, leading to the forced stop of the trip that Arvin was taking – since the Georgia to the Bulgaria.

See also  The sun is in the refrigerator. What foods to replace vitamin D - SM News