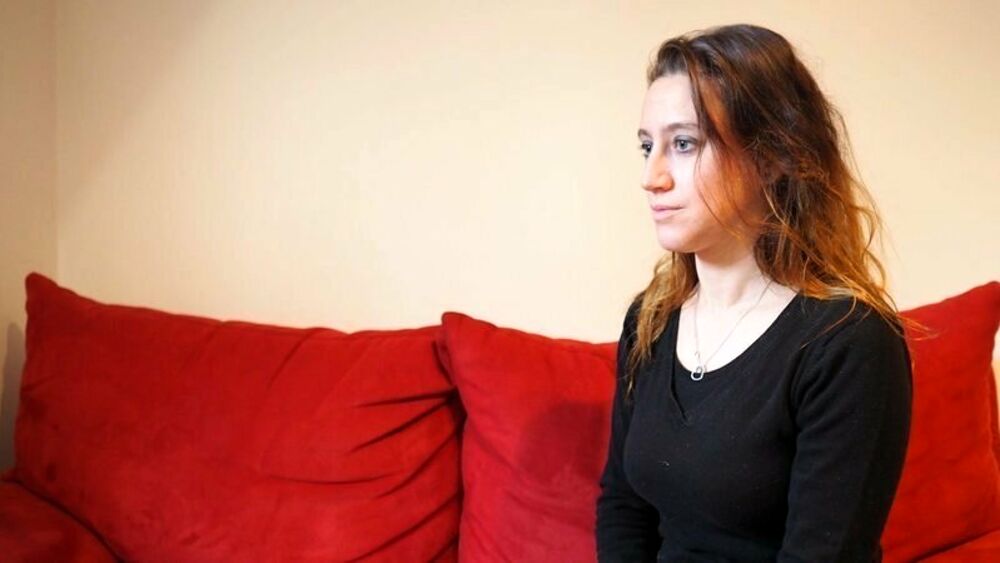 Valérie Bacot, a woman accused in 2016 of killing her violent husband, will be tried next day in France. A story that since its explosion has greatly affected French public opinion: for years Valérie Bacot had been the victim of her husband, who had abused her since she was 12, then moved her, continuing to subject her to sexual abuse , physical and motives.

For Valérie Bacot a support committee was formed, with a petition that in a few days has exceeded 70 thousand signatures and the support of various political figures, such as the former minister for women’s rights and later for education Najat Vallaud Belkacem, who appealed directly to French President Emmanuel Macron.

On 13 March 2016 Valérie Bacot, 36, killed her husband Daniel Polette, 25 years her senior, and then burying his body in La Clayette, a French commune with just under two thousand inhabitants in the Saône-et-Loire department in the region of Burgundy-Franche-Comté. Daniel Polette had been the lover of Valérie’s mother and had begun to abuse her when she was little more than a child.

Polette’s ambiguous attitudes towards that 12-year-old girl go unnoticed and after two years, thanks to a complaint, an investigation is opened. Polette was sentenced to four years in prison in 1995, only to be released two and a half years later. While he is in prison, Valérie is forced by her mother to write to him and visit him. When released, Polette incredibly returns to live with Valérie and her mother and the violence resumes. At 17, the girl becomes pregnant with her stepfather: her mother, who for years pretended not to see, chases not her partner but her daughter, who at that point finds herself living alone with Daniel Polette. The couple settled not far away, in Baudemont. Valérie and her ex-stepfather get married, she gives birth to four children, while little by little both of them lose contact with their respective families, closing more and more and limiting relations with the outside to the bare minimum.

See also  "The hottest Japanese teacher" became popular as a family tutor, the student kneeled down and turned into a housemaid | Entertainment | NOWnews Today News

Baudemont is a small town of 650 inhabitants, where everyone knows each other. The Polette’s reserved behavior is striking, but no one seems to care about that reserved and suffering woman. Valérie does not work; when the municipality offers her a job as a maintenance worker after only two weeks, the experience ends, because she was forced to do many absences for “family reasons” and because her husband did not want her to work. Behind the walls of the Polette house, hell. An ordeal that Valérie told the investigators after her arrest: beatings, violence, humiliation even against her children. Daniel Polette would also have forced her into prostitution: he himself recruited customers with ads in the newspaper or at gas stations about thirty kilometers from home, where he let these men have sex with his wife in a minivan, while he “directed ”All give directions to Valérie with a headset. It is right after one of these encounters that Valérie kills Daniel Polette, shooting him in the back of the head, after unsuccessfully trying to poison him a few hours earlier. Together with two of her children, aged 16 and 17, and her 16-year-old daughter’s boyfriend, Valérie hides the body of Daniel Polette in a wood behind the castle of La Clayette. Polette’s body is discovered 17 months later. When the gendarmes go to arrest her, Valérie admits to killing her husband and tells what her life has been like since she met Polette. To investigators, Valérie reveals that her husband had begun to make sexual allusions to his daughter. Valérie and the boys are arrested. For the three young people, all minors at the time of the facts, in December 2019 the juvenile court established a suspended sentence of six months. She, accused of murder, after a year in prison is released under judicial surveillance pending trial: she risks life imprisonment.

“There has never been anyone to protect Valérie Bacot”

“This woman was not programmed to be violent, she became so in spite of herself and above all because of the poor protection she had since the age of twelve and even earlier. She is a child who has been left to herself and the authorities have granted this man the overwhelming power to do enormous damage with impunity. No one was there to protect her, neither in childhood nor in adolescence. His mother was complicit in the follies his stepfather committed, ”he says Le Figaro Janine Boniacca, one of Valérie Bacot’s two lawyers, who is waiting to be tried next June, has found a job in the construction sector.

The mobilization in his support moved Valérie Bacot very much. For her “it’s a completely new thing since she had never received the slightest proof of love but had always lived isolated, almost staggering in life,” explains Boneption.

The story of Valérie Bacot in some ways echoes that of Jacqueline Sauvage, the 70-year-old woman who in 2016 obtained pardon from President François Hollande after being sentenced to ten years for the murder of her husband, whom she had shot to death after learning of the suicide of her son, a victim of abuses such as three other daughters. But the two cases are very different for Bon Aggius. “Apart from the murder of her own husband, the two stories have nothing in common. Valérie’s story is much more tragic because she was only twelve when she met her torturer, while Jacqueline was 17. Valérie Bacot has never been able, at any point in her life, to give the slightest consent. As a child she was surrounded by educators who should have taken her away from that mother who allowed many things, but no one has ever dealt with it. This is what I denounce ”.

When Daniel Polette suddenly disappears, no one really seems to care about him. A man with a difficult character, with behind – even before meeting Valérie – heavy stories of abuse, incest, sexual violence. FranceInfo dedicated a long and detailed reportage to Valérie Bacot, reconstructing her life and collecting the testimonies of those who met her and Daniel Polette. Many knew what was happening and knew that Valérie’s mother knew (many hold her responsible for everything that happened after). Even when the couple move into little Baudemont, the neighbors struggle to make contact with them. While perceiving that something strange was bound to happen behind the walls of the Polette house, many ignore it: “It’s a family business”. When Valérie Bacot’s story officially became public, it was impossible not to wonder what the price of that silence was. A book on the history of Valérie is scheduled to be released in May, with the emblematic title: “Everyone knew”.

1 thought on “story of Valérie, who “no one has ever protected””