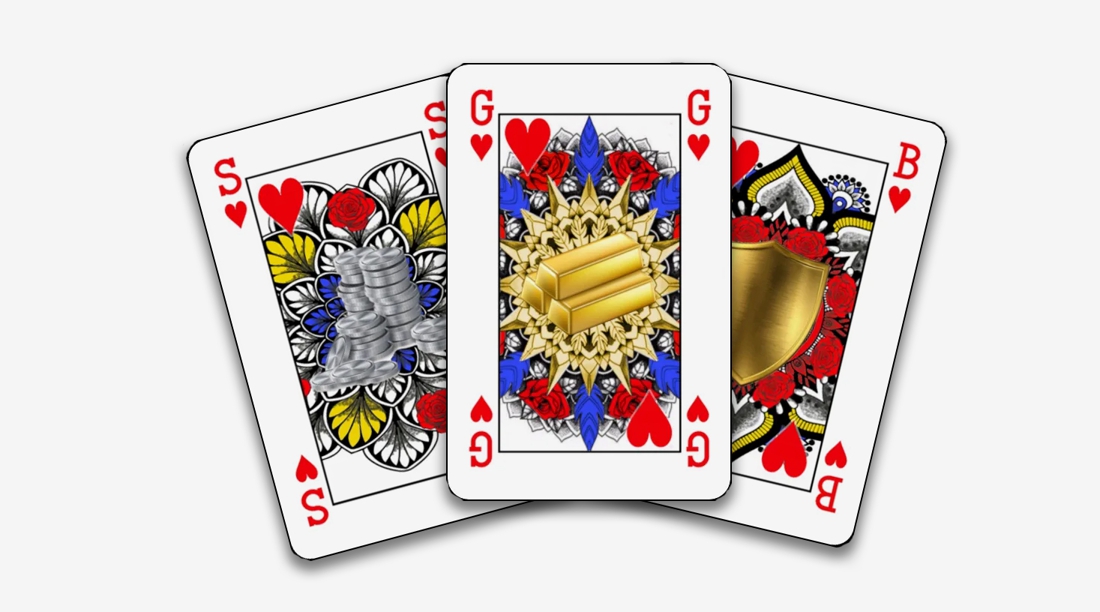 In a standard card game, the king is worth more than the queen. ‘Very old-fashioned’, says Indy Mellink. The Dutch student has therefore designed her own edition: not with men and women, but with gold, silver and bronze.

The 23-year-old Indy Mellink from The Hague has been a games fanatic since childhood. ‘We used to go on holiday for a long time without internet and TV’, it sounds on RTL television program Edition NL. “Then you automatically start playing games.”

‘Last summer I was inventing card games for my nieces and nephews. As I explained the rules to them, I realized I was telling them that the gentleman is always above the woman. I thought, what am I actually saying? The classic card game reflects 16th and 17th century class society. I thought that did not fit in the modern world, where men and women are equal. ‘

Mellink then thought for a long time about a solution. ‘Should I go for a king and a queen? But they are always white, that is also inequality. ‘ Eventually it became gold, silver and bronze. ‘A clear solution. Everyone knows that gold is worth more than silver, and silver more than bronze. ‘

The initiative elicits mixed reactions, according to Mellink. “Many women think it’s important,” she says. ‘Especially older women who play with children and grandchildren. But there are also many people who have never thought about it before, and who do not see its use. ‘

But according to her, it is an important step. ‘It is precisely this subtle form of sexism that influences people, without them really realizing it. It’s in the back of your mind. I study forensic psychology and I am very aware of this problem because of the studies I read and the therapies I give. Something “small” like this really has an impact. ‘

Filippo Nardi, the comment against Maria Teresa did not go unnoticed. Storm on social media