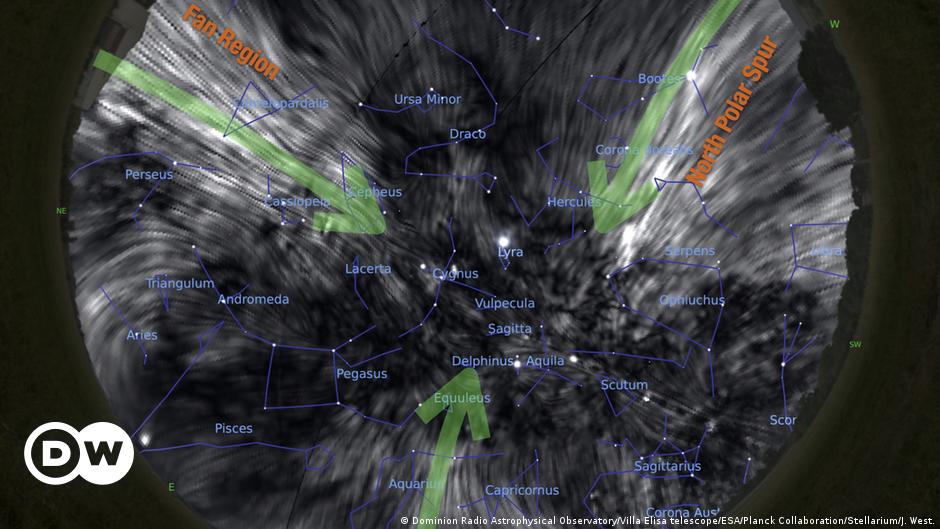 An astronomer has discovered that our planet, along with the rest of the solar system and some nearby stars, may be surrounded by what she describes as a gigantic magnetic tunnel, although they do not yet know exactly why and how.

Jennifer West, an astronomer at the Dunlap Institute for Astronomy and Astrophysics at the University of Toronto, made the proposal after research on the North Polar Spur and the Fan Region, on opposite sides of the sky – and until now considered separate -, pointed out that both structures could be connected by a vast system of magnetized filaments; these would form a tunnel-like structure that surrounds the solar system, and many nearby stars.

“If we looked at the sky, we would see this tunnel-like structure in almost every direction we look, that is, if we had eyes that could see radio light,” West said in a statement, referring to the North Polar Spur. and the Fan Region, two of the brightest radio-emitting gaseous structures in our galactic neighborhood.

According to West and his colleagues, who published the results of their research data in the Astrophysical Journal, this would be the first time astronomers have related the two structures as a unit. Previously, scientific studies on the North Polar Spur and the Fan Region, known since the 1960s, according to West, had focused on them individually.

This is because it is very difficult to calculate exactly how far they are; distances have ranged from hundreds to thousands of light years. According Science Alert.

Illustrated map of the Milky Way with the position and size of the proposed filaments. The inset shows a more detailed view of the local surroundings and the position of the local bubble and several nearby dust clouds.

However, West and his colleagues plotted the likely length and position of the gigantic strings by inputting the data from the radio wave observations into a new computer model. According to the statement from the University of Toronto, the structures are shaped like long strings and are located about 350 light years from us. They are about 1000 light years long.

West claims that the inspiration for his model came when he was a student and saw the filaments when he first inspect a radio sky map. Years later, he was told about a 1965 article that speculated on strange radio signals.

“Based on the scant data available at the time, the authors (Mathewson and Milne) speculated that these polarized radio signals could arise from our view of the Local Arm of the galaxy, from within it,” West said in the statement. “That article inspired me to develop this idea and link my model to the vastly better data that our telescopes provide us today.”

See the galaxy in a different perspective

To better explain it, West uses the map of Earth as an example, according to the statement. The north pole is at the top and the equator is in the center, but of course we can always redraw that map with a different perspective. The same goes for the map of our galaxy.

“Most astronomers look at a map with the galaxy’s north pole at the top and the galactic center in the middle,” he explains. “An important part that inspired this idea was remaking that map with a different point in the center.”

The scientists’ next steps are to confirm their findings by taking detailed observations of the regions they simulated, and then use those observations to refine their model. West hopes that by delving into the model, he can improve astronomers’ ability to understand other magnetic filaments detected around our galaxy.

“Yamaha” shakes up the big bike market, delivering the “R7” to meet the needs of sporty customers, priced at 339,000 baht