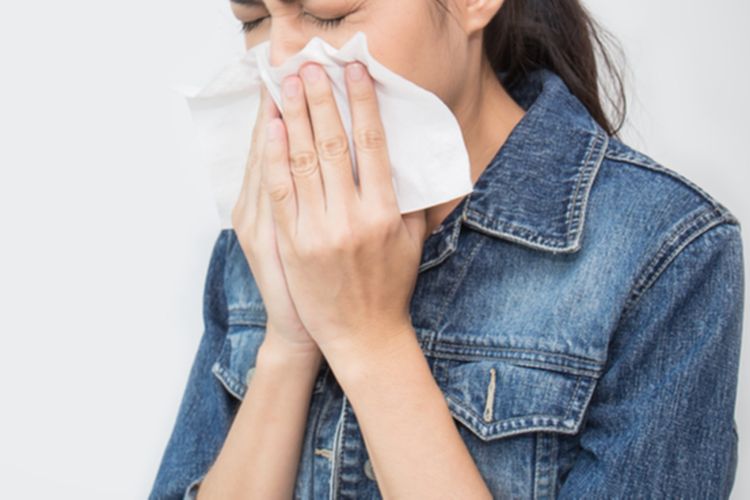 KOMPAS.com – In an analysis of studies of a 31,000-year-old pair of baby teeth, scientists found the seasonal flu virus may have existed before time homo sapiens or modern man.

Inside the pair of baby teeth, they found the DNA remnants of several viruses. To reconstruct the evolutionary history of the pathogen, these scientists used the genetic material.

Their analysis also showed that human adenovirus C (HAdV-C), the viral species that commonly causes colds in children, may have originated more than 700,000 years ago. Where is the distant homo sapiens started walking on Earth.

However, not everyone is convinced by the findings that have been published in preprinted journals bioRxiv on June 28 and has not yet been peer reviewed.

“The authors found a relatively ancient date before the emergence of our own species,” said Sebastien Calvignac-Spencer, an evolutionary biologist at the Robert Koch Institute in Germany.

“I think it makes sense, but I would consider their analysis as preliminary,” Calvignac-Spencer, who was not involved in the study, said in a statement. Live Science, Friday (23/7/2021).

The study authors then extracted two genomes of the seasonal flu virus, a nearly complete adenovirus from the milk teeth, providing a unique but very small sample of the virus on which to base their analysis, Calvignac-Spencer said.

He said that analyzing younger adenoviruses, several thousand years old, could help the team validate their estimates of when HAdV-Cs first appeared.

See also  Health: swollen and heavy legs the indicator of venous problems, the advice of the Monza professor Massimiliano Farina

That said, samples of ancient adenoviruses don’t appear every day.

The milk teeth used in this study came from a remarkable archaeological site in northeastern Siberia called the Yana “Rhinoceros Horn Site” (RHS).

The archaeological site, which is 480 km north of the Arctic Circle, provides some of the earliest direct evidence of humans living in the high Arctic. Furthermore, this study provides clues to the origin of the common ancestor of the seasonal flu virus or ancient adenovirus.

Archaeologists have found stone tools, ivory weapons, as well as the bones of a mammoth, bison and bear slaughtered at the site.

The only human remains found at Yana RHS were three fragmented milk teeth.

According to a 2019 report in the journal NatureThe three baby teeth came from two different children who are thought to have fallen out when they were between 10 and 12 years old.

First author Sofie Nielsen, a doctoral student at the University of Copenhagen, said the virus can enter teeth through the bloodstream and remain stored in hard tissue for thousands of years.

Nielsen explains that unlike bones in the body, teeth never regenerate, they retain the same cells over time, so they provide a cumulative record of all the pathogens a person encounters.

In this case, the ancient milk tooth provided a record of early childhood infection, and the cold Arctic environment likely helped preserve the tooth and the viral DNA inside, Nielsen said.

To extract the viral DNA, the research team had to completely exterminate the tooth tissue. In fact, harsh teeth and a cold climate cannot completely protect viral DNA from degradation, so the genome becomes fragmented over time.

To put the damaged genome back together, the team of scientists analyzed every bit of DNA and compared the short genetic sequence with the reference genome of a modern virus.

As a result, the scientists identified two ancient viral genomes as HAdV-Cs, one of seven species of adenoviruses, known seasonal flu viruses, A to G.

Based on an analysis of the DNA of this ancient seasonal flu virus, the team of scientists found that the ancient genome had many similarities to modern adenoviruses that circulated between the 1950s and 2010s.

SHUTTERSTOCK/ PAULAPHOTO Flu illustration. The flu is one of the causes of a stuffy nose.

In addition, the team also found that ancient adenoviruses share most of their genetic backbone with modern viruses, and that the two ancient genomes match well-established “C1” and “C2” subtypes.

“The remarkable thing is that they (ancient seasonal flu viruses) are more similar to modern type two and type one than to each other,” Nielsen said.

In other words, even though these two types of adenoviruses are 31,600 years old, the two ancient genomes of the seasonal flu viruses are more compatible with modern viruses in their subtypes than they are with each other.

The findings suggest that the various adenovirus subtypes began diverging from each other thousands of years ago, long before they entered the baby teeth of two children in ancient Siberia, according to Nielson and his colleagues.

By again comparing the modern genome to the ancient genome, the team came up with a rough estimate of when HAdV-Cs separated from all other adenoviruses.

“These dates are very uncertain, because we have very few samples. However, it looks like they split at least 700,000 years ago,” Nielsen said.

This estimate places the origin of HAdV-Cs, an ancient seasonal flu virus, before the appearance of modern humans, which occurred about 300,000 years ago.

In their report, the study authors suggest that patterns of migration and cross-species interactions of our hominin ancestor may have helped shape the viral evolution of these adenoviruses, but if that happened and how remains highly uncertain.

“We have shown ourselves that other HAdVs – HAdV-Bs and Es – may be transmitted to the human lineage by gorillas and chimpanzees,” Calvignac-Spencer said.

The discovery of more ancient adenovirus samples will help researchers determine when HAdV-Cs first began infecting our human ancestors, and which species the pathogen passed through on their way to the human lineage.