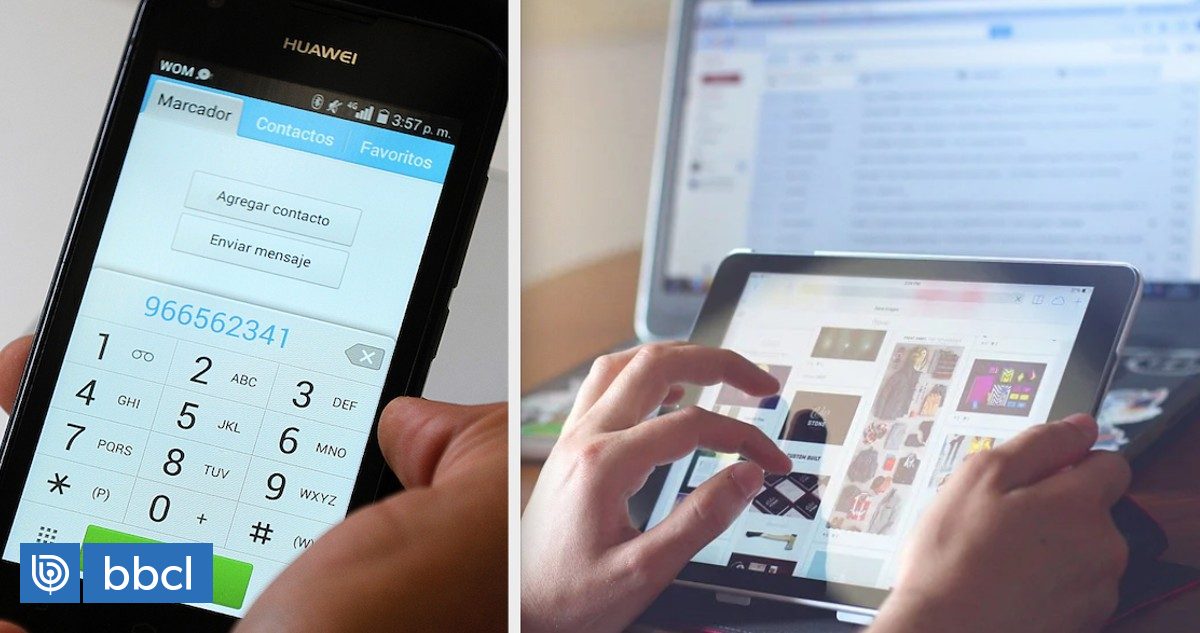 Total complaints decreased by 50%. According to the ranking, fixed telephony and internet services have the worst complaint rates.

The measurement is made through a rate that considers the number of complaints per 10,000 users.

According to the ranking, fixed telephony and internet services have the worst claim rates, with 8.32 and 5.04 claims per 10,000 users, respectively. It is followed by pay television, with 2.97 complaints per 10,000 users.

Finally, the internet and mobile telephony are the ones with the lowest rate of complaints, with 0.40 and 0.70 complaints per 10,000 users, respectively.

The mobile phone industry presents in the month of October 2021 a global rate of 0.7 complaints per 10,000 subscribers, with a decrease of 53% compared to October 2020.

In this regard, the Minister of Transport and Telecommunications, Juan Carlos Munozpointed out that “during the pandemic we saw how an important part of the country’s users had problems with your connectionssa internet, even having to climb to the roofs of their houses to be able to capture a better signal”.

He emphasized that companies must guarantee that users receive the contracted service in the agreed conditions as established by law.

While the undersecretary of Telecommunications, Claudio Arayasaid that “in this mandate We will increase the control of telecommunications services proactively and thus require operators to deliver a better quality of service to their users”.

The authority concluded that if users are not satisfied with the quality of the contracted service, they can resort to Subtel and submit their claim through the different customer service channels.

“Eight out of ten claims filed with the Undersecretary are resolved in favor of the user, which shows that it does work,” he explained.

Latest, Check out the HP OPPO A Series Price List in March 2022

The latest prophecy of an Indian prodigy also names Taiwan!There will be major events in these two days in April, and the world may detonate 7 major disasters at the same time – yqqlm