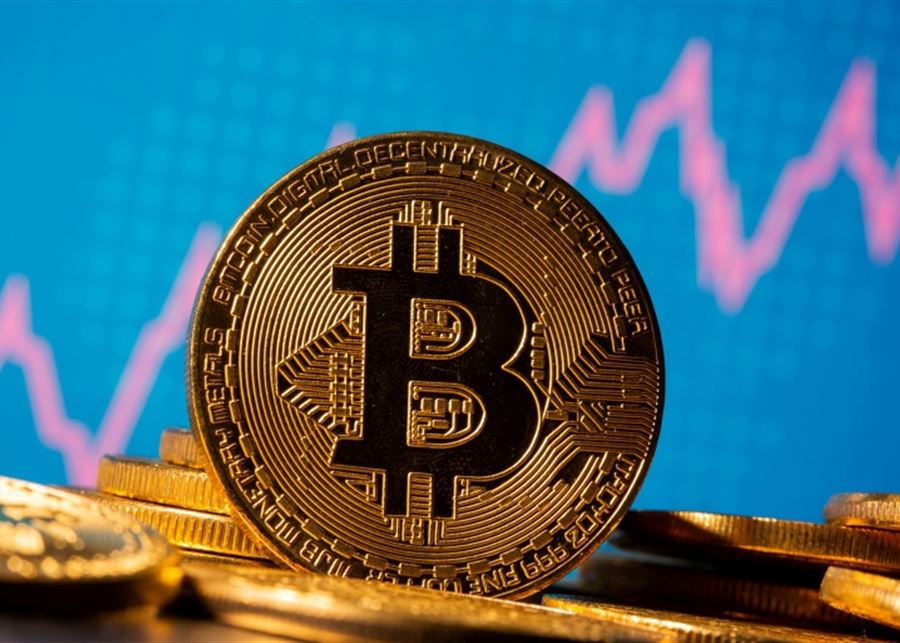 The digital currency “Bitcoin” looks attractive and easy to use, as well as profitable for those who have the keys to the “virtual” money market games, but it surprises its customers with sharp blows, perhaps even more than the regular money and exchange market strikes.

The cryptocurrency “Bitcoin” electronic currency received a severe blow recently, after it lost more than half of its market value, amid fears that it will go further down.

The price of Bitcoin fell below $30,000, on Tuesday, for the first time since the end of last January, affected by Chinese efforts to regulate this decentralized financial market.

And the Chinese company “Bitmin”, the largest maker of bitcoin mining machines in the world, announced, on Wednesday, that it had halted sales of mining machines, after a major crackdown on this activity by the Beijing government.

Former cryptocurrency producers reported that energy providers in China’s Sichuan province had been ordered to stop providing electricity to bitcoin-producing companies before Sunday.

But the highly volatile cryptocurrency is still 3% higher than its price at the beginning of the year, while it is down 54% from its all-time high, when it reached $64,870 in mid-April.

The “Bitcoin” website defines this currency as an innovative payment method and a new form of money, that does not operate with a central authority, does not need banks, and is a cryptocurrency.

And about the person responsible for managing the Bitcoin network in the world, the site says in a strange answer to the traditional exchange market that Bitcoin is “open source”, and its design is open to the public, as no one owns or manages the Bitcoin network.

This currency first appeared as an idea in 1998, and its first application was in 2008-2009 by an unknown person known as Satoshi Nakamoto. The same site says that he is a “discreet” character; Stressing that the suspicions raised about him are unfair.

Since the end of 2020, electronic payment platforms such as PayPal and banks on Wall Street, through to industry groups such as Tesla, have become interested in Bitcoin.

This caused the cryptocurrency market to expand to $2,500 billion in mid-May, but since China toughened the tone, Bitcoin has been suffering from criticism over its massive electricity consumption.

Co-founder of the Coinmena platform, Talal Al-Tabbaa, believes that Bitcoin has been subjected to major tremors since its appearance, reaching a loss of 80% of its value more than once, but it is returning strongly, and this time, but it is an exception; It is a currency “you get sick and not die,” as he put it.

In an interview with Sky News Arabia, the expert indicated that the value of the digital currency market is $1.5 trillion, and therefore it is still a small market, but it affects the global trade market.

Causes of collapse and question marksعلامات

In the estimation of the economist Ahmed Moati, one of the reasons for the decline in the digital currency market is the tweet of the American billionaire Elon Musk, CEO of “Tesla” and “SpaceX”, in mid-May, in which he announced the suspension of sales of “Tesla” cars. Via Bitcoin.

And this tweet created a crisis of confidence in this field, especially since many investors entered the cryptocurrency field out of confidence in Musk, which caused the market value of virtual currencies to drop from 2.5 to 2 trillion dollars, according to Maati.

The expert points to a second reason for this collapse, which is the decision of the document issued by 3 associations of the Central Bank of China, in which they demand that institutions not conduct business in the field of virtual currencies.

Maati adds that the pace of investment in digital currencies increased with the beginning of the Corona crisis and the high unemployment rate; At that time, individuals resorted to investing in this field.

But with the decline in the severity of the Corona crisis, and the beginning of the decrease in unemployment, the reasons that prompted many to this investment also began to fade, and this was reinforced by the statements of US President Joe Biden, who said that he expected that development rates would reach their highest growth rate this year.

coin out the control

Professor of economics at Ain Shams University in Egypt, Youman El-Hamaky, says that the relationship between Mask and Bitcoin price fluctuation is marred by “a lot of question marks”.

This was justified in an interview with “Sky News Arabia”, that Musk “is a businessman who cares about making profits more than anything, and therefore benefits from the great capabilities of Tesla to control the prices of Bitcoin, when he talks about dealing with Bitcoin, the price rises dramatically, and vice versa. True, then when it comes back, it supports the demand for Bitcoin and raises its price, and this cycle continues to benefit from the profits.”

The professor of economics also warns that the problem with Bitcoin lies in the fact that it is outside the control of central banks, and those who use it by a specific group have enormous capabilities for mining through the “Blockchain” technology, and this makes them face many questions.

See also  Do cryptocurrencies contribute to resolving our situation?

Another important point raised by the economist and head of the Egyptian Forum for Political and Strategic Studies, Rashad Abdo, is that “the bitcoin of the printed currency is fixed and does not change, which is 21 million units, and after it started with less than one US cent in 2008, it recently approached 60 thousand dollars An American, and this is not a fair price, and it may rise again because the number of its units is stable and the demand is increasing.”

At the same time, Abdo adds to “Sky News Arabia”, that Bitcoin has exposed its owners to huge losses, as it may return to less than a thousand dollars again, and whoever bought at the high price is exposed to large losses, which happened after Bitcoin lost more than half of its value. in a short time.

The Egyptian expert blames some countries, including America, for “allowing this currency to be traded in banks and stock exchanges, which led to its spread, and international companies advise their customers to buy bitcoins and allocate billions for that.”

In a surprising move, El Salvador’s parliament this month approved a law declaring bitcoin a legal currency, and President Najib Bukele supports this trend in the hope of the Central American country’s growth.