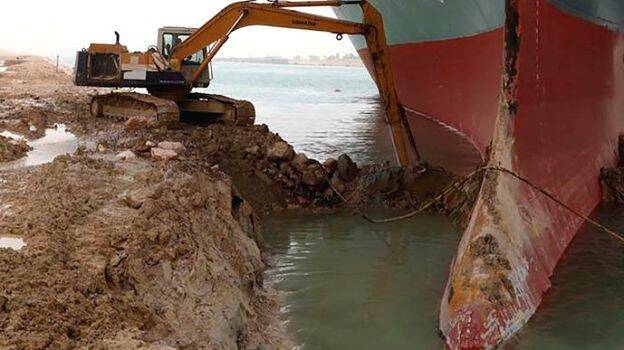 Cairo: All ships stranded in Suez by the Evergiven ship have crossed the canal. A total of 422 ships were stranded in the Suez, Mediterranean and Red Sea.

Evergiven, a giant cargo ship stranded in a windswept canal on March 23, was rescued last Monday after a week-long rescue mission. Shortly afterwards, the stranded ships set sail, but authorities said it would take at least a week for the loop to be completed. On Saturday alone, 85 ships crossed the canal, of which 61 were stranded. The 400-meter-long ship was stranded across a 200-meter-wide canal, adversely affecting global cargo. The ships were loaded with tons of essentials. Freight traffic worth $ 900 million a day was completely cut off. According to the crew, the ship was stranded due to strong winds. The investigation into the incident is in progress. It is learned that the investigation report will be released in two days.

The 422 ships were carrying 2.6 crore tonnes of cargo. Some cargo may be damaged due to obstruction of travel. Other ships could claim billions in damages if the traffic jam was caused by Evergiven’s fault.

At the same time, the Egyptian government has made it clear that Evergreen will not be allowed to leave the canal without compensation. None of the other ships that were in the canal at the time of Evergivan’s capture were reported to have wind problems. Cargo ships also have wind protection systems.

The Suez Canal, which connects the Mediterranean Sea with the Red Sea, is a major naval trade route between Europe and Asia. Ships rely heavily on the Suez Canal, with more than 7,000 km of orbit around Africa.​.

Fatal accident in Rouveroy: Andy, a young 28-year-old biker, hit by a car