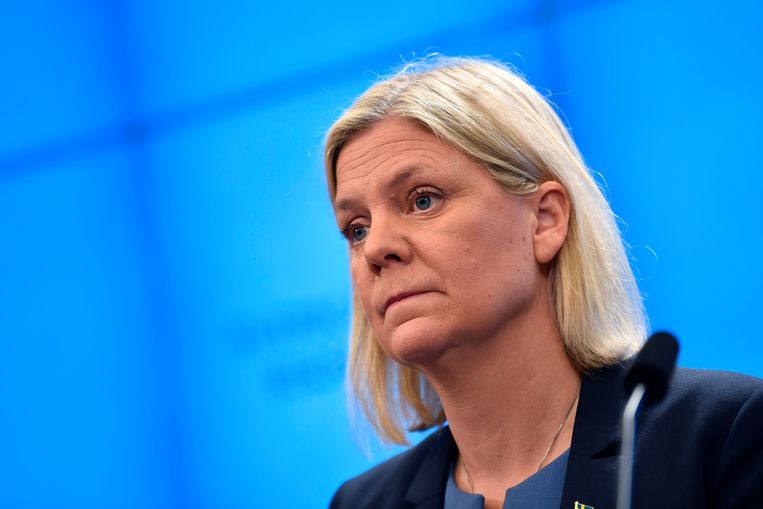 The Swedish government is formed by a minority coalition that must seek sufficient support in parliament for any decision. For the past two weeks, Andersson, newly elected leader of the largest party – the Social Democrats – has successfully negotiated with the opposition over support for her premiership. On Wednesday morning, she piloted her nomination through parliament, becoming Sweden’s first female prime minister.

On Wednesday afternoon, a vote was held for the budget of 2022. The group of the 54-year-old prime minister did not have sufficient support for this, so that the initiative was left to parliament. Two center parties, with the support of the far-right Sweden Democrats, managed to gather enough votes for an alternative budget. Thus arose the situation where the center-left government had to rule with a budget full of right-wing priorities. That went too far for coalition partner De Milieupartij. “We are not going to implement a budget engineered by a party of right-wing extremists,” Environment Minister Per Bolund said on behalf of the party. He also denounced the reduction in the tax on petrol and diesel, which has been laid down in the new budget.

‘A matter of respect’

According to Andersson, under the Swedish constitution, the prime minister must resign if one of the coalition partners resigns. “It’s also a matter of respect for me. I don’t want to run a government if there are questions about its legitimacy.”

Andersson would not be officially appointed until Friday after a visit to the king. Experts debated Wednesday evening whether or not Andersson has been formally prime minister.

Her appointment was celebrated as a milestone for Sweden, which has fought for gender equality for decades but has never had a female prime minister. In neighboring Norway, it was already 40 years ago.

Amineh Kakabaveh, an independent MP, reminded parliament on Wednesday that it will be 100 years since universal suffrage was introduced. “If women are allowed to vote but not elected to the highest office, democracy is not complete,” said Kakabaveh, who is of Iranian Kurdish descent. “There’s symbolism in today’s decision.” That symbolism had somewhat disappeared later in the day.

See also  Too reckless and can lead to war, the US sends spy planes to target the Chinese fleet, China threatens if one shot apart from World War 3 begins! - All Pages