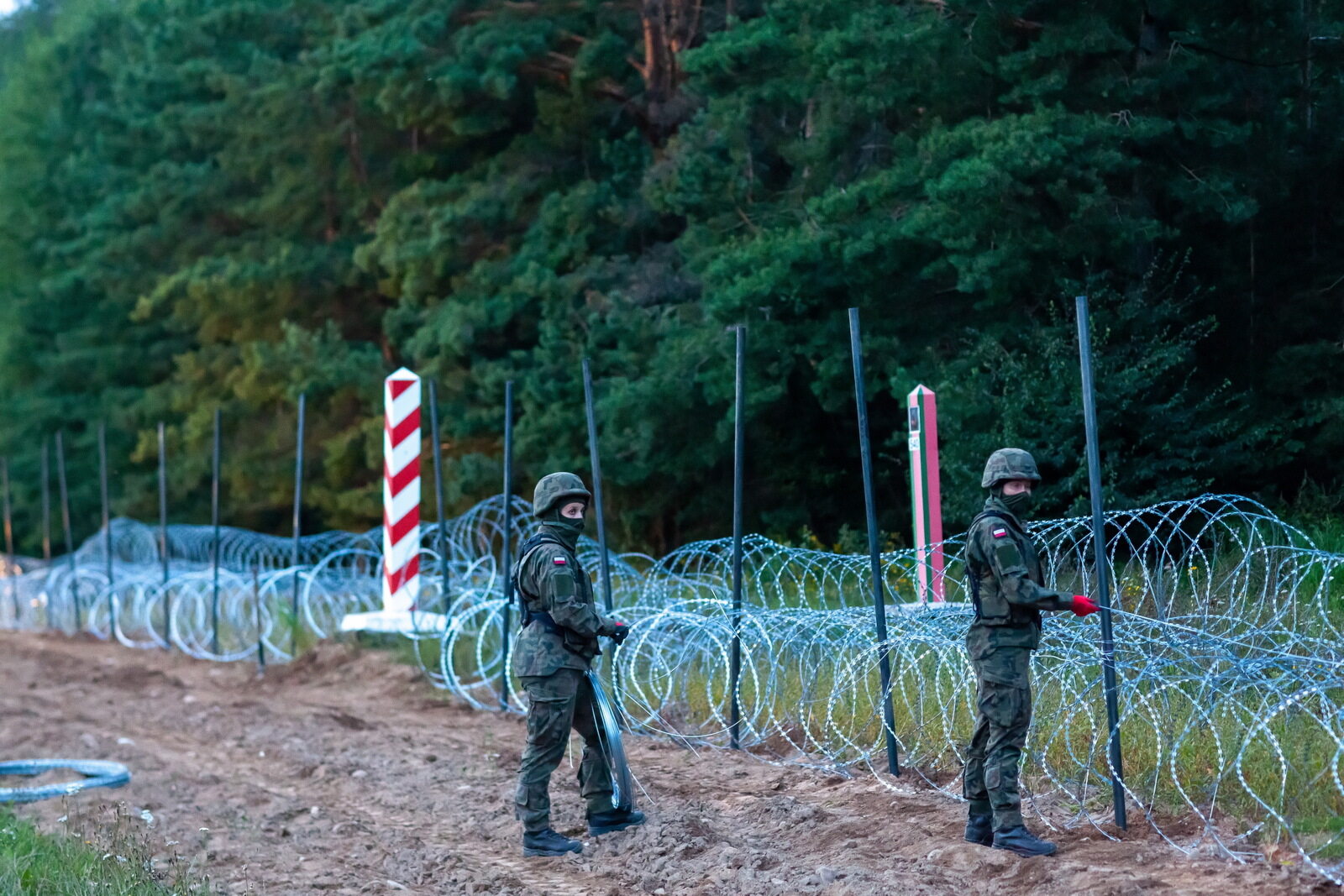 Such information was provided by the Border Guard via social media. The allegations concern all the detained on Sunday 13th.

In addition, the Border Guard will apply to the court to punish the group for entering the border strip.

“The police presented charges of property damage (Article 288 of the Penal Code) to a group of 13 people arrested on Sunday. They face a sentence of up to 5 years in prison. In addition, the Border Guard will submit motions to the court to punish these people for entering the border strip, for which they face a fine of up to PLN 5,000, ”the Border Guard said.

Due to the very difficult situation on the Polish-Belarusian border, the Minister of National Defense, Mariusz Błaszczak, decided to build a fence. On Friday, 6 km of the fence were ready. On Sunday, a group of a dozen or so people appeared at the border near the town of Szymaki. According to media reports and photos published on social networks, they cut the wires in the barbed wire.

On the same day, the Border Guard announced that these persons had been arrested and activities aimed at bringing charges against them were underway. It is known that these are 12 Polish citizens and one Dutch. Among them is Bartosz Kramek, who recently urged “Gazeta Wyborcza” to encourage the destruction of barbed wire at the border.

“Let’s go there and symbolically overturn these barriers – as the creator of the Citizens of the Republic of Poland, Paweł Kasprzak, proposes. Let’s protest – actively and decisively, in the spirit of civil disobedience. The barriers are only in the minds” – a journalist from “GW” appealed a few days ago.