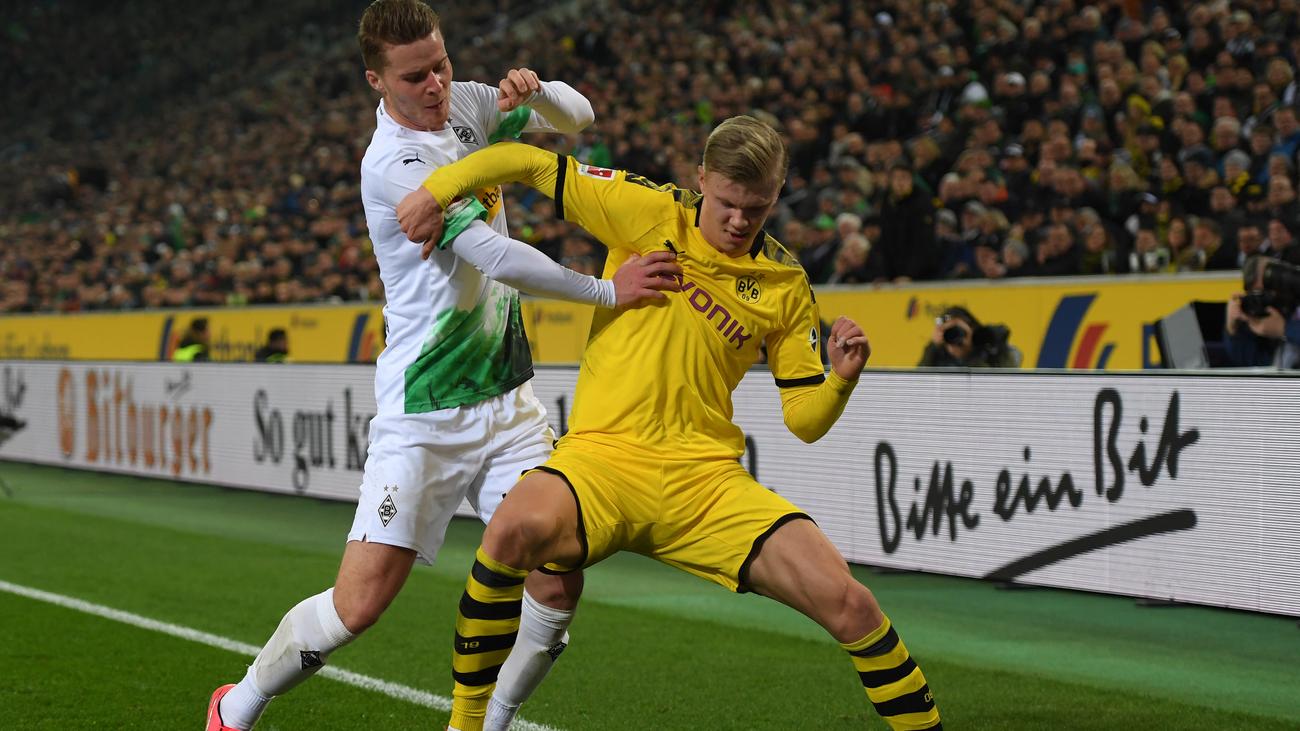 You gave the least hearts this weekend to Bayer Leverkusen, the team that won the most.

Gladbach against Dortmund. Big point for BVB. With the win, the big shook off the small Borussia and also overtook the weakening Leipzigers. Lucien Favre had his team defended deeply, even Erling Haaland concentrated on the role as a ball thief. As a result, the opponent rarely fell behind the Dortmund defense, and their individual class was sufficient in front. Even though both goals were tripped. Thorgan Hazard failed to take the ball 0-1, but then he let three Gladbachers drop out with a deception. And Achraf Hakimi put the ball very far in the 1-2, which, however, brought the goalkeeper out of balance. Overall, there was also a bit of luck when the referee missed a penalty after Dan-Axel Zagadou put his leg out to prevent Jonas Hofmann from getting the poor back pass. Nevertheless: BVB is again the most serious and perhaps the last competitor of Bayern, who celebrated their tenth victory in the eleventh game against Augsburg. Dortmund hopes to stay tuned until April 4th. Then the master comes.

The Gladbachers showed that their good results in the first half of the season were not accidental. But also that they are not yet a top team. In the past ten games, i.e. in the period after the home win against the FC Bayern in December, they scored a moderate fifteen points. In view of the increasing form of the Leverkusen team, the eleven Marco Roses has to take back first place 4.

Wolfsburg against Leipzig. Again no victory for RB, another pale performance on the offensive. Julian Nagelsmann’s team currently has few chances. So she won only twice in the last seven games, staying away in three of four attempts away. In the second half of the season, she ranks behind 1. FC Köln, even though they have played one game less. Six points ahead of FC Bayern (December) have become five points behind in ten match days. Leipzig seems to be slowly saying goodbye to the title race – like Timo Werner from Leipzig. He spoke again about his changing thoughts: “I think I have the potential to play in a large team.” In the not so big team Leipzig, Werner, who has just scored one goal in the last seven games, was only allowed to play from the 60th minute.

The Ultras. They were enormously productive in journalistic terms. Nationwide, they coordinated a protest that dominated the curves this weekend. They understood that they shouldn’t lose the silent middle, so they defused the tone. At least they no longer insulted anyone, and there was no fear of the game being abandoned. But sometimes they got tougher than ever. Important representatives of German football, such as Fritz Keller, Rainer Koch, Karl-Heinz Rummenigge, Clemens Tönnies or the Bundesliga Consigliere Christoph Schickhardt, as Dietmar Hopp’s lawyer, got something to read, for example:

more on the subject:
Ultras and the DFB

Fan protests:
You son of a mother


Soccer fans:
Waiting for the game to stop


Hoffenheim vs. FC Bayern:
It’s not about Dietmar Hopp


Again and again DFB logos in the crosshairs and commercial critical statements. The distance to the establishment is obviously huge in the ultra-scene. Many other fans wonder whether all of this is a bit exaggerated.

Now we come to something completely different: After a research by ZDF Fifa President Gianni Infantino’s plans for a new Club World Cup could come true. Europe’s big clubs obviously want to participate, as do Bavaria and Dortmund, the two German brands. There is still more to be earned there. “A Club World Cup can be an interesting competition,” said DFB Vice President Rainer Koch, who moved into the UEFA executive team last week, about the tournament, which is said to be worth a billion dollars. “The money is coming back to the national market,” said DFB President Fritz Keller optimistically. He apparently hopes that Bayern and Dortmund will share the money in solidarity with the other Bundesliga clubs.

What was the banner of the match day?

“Who do we have to insult to think about EU border policy?”
Südkurve Munich 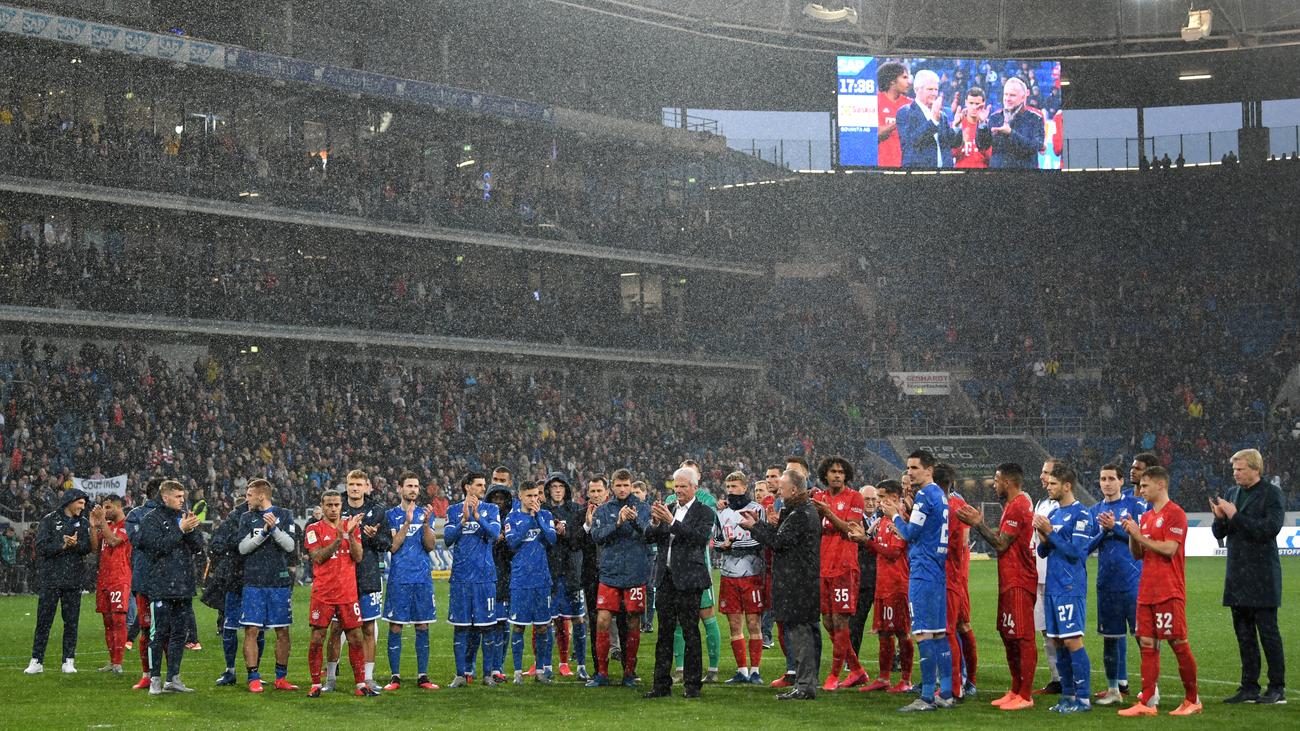 Schalke 04 bagged most of the hearts by far, we suspect out of pity.

Augsburg against Gladbach, a lively 2: 3, in which a man made a name for himself, who belongs to a rare, very specific player species: Lars Stindl’s name is hardly mentioned when it comes to the big stars of the league, he directs his team’s game, however, is always so knowledgeable and his team wins points so reliably that he is the favorite of pretty much every coach. Stindl cleverly prepared the first goal, he made the second and third himself, even revealing a talent for undreamt-of moves on the last goal by wrapping himself around his opponent like a human parcel tape. After the game, Stindl said that his wife had reported directly via SMS. She no longer knew that he, her 31-year-old husband, was still so agile. Now the jointless Stindl and Gladbacher are looking forward to the top game against BVB next weekend.

Mainz against Paderborn. If it continues like this, SC Paderborn will soon miss a lot of Bundesliga games. After the 0-2 in Mainz, Steffen Baumgart’s team confidently settles at the bottom of the table. This is slightly tragic because the East Westphalia are always brave and try to play football as the bottom of the table instead of defeating football like some of their competitors in the relegation battle. They are only the poorer team in very few games, but they rarely win – because they fail to use the crucial moments of a game for themselves. After all, the Paderborn people are pleasantly relaxed and do not start discussing the trainer or doing similar nonsense. They know that they are no more than they are: the club with the clearly lowest market value in the league.

Alexander Nübel. The Schalke goalkeeper seemed to have already caught a moderately challenging shot from Cologne’s Florian Kainz, so he reached for it twice and managed the feat of first hitting the ball like a hot potato through his legs and then just over his own goal line. It was already 0: 3 from Schalke’s point of view, but from then on Nübel not only had to listen to the mockery of the Cologne fans, but, a thousand times worse, also the abuse of his own. The Schalke fans resent Nübel that he has already signed with Bayern and is probably there voluntarily sitting behind Manuel Neuer on the bench, instead of Schalke 04 in the Europa League, Champions League, for world domination or whatever they dream of in Gelsenkirchen , respectively. But the trend is not a friend of Schalke: just one win in the seven games of the second half of the season. And next comes Bayern in the cup.

Schalke against Leipzig, the game in which the strongest signal was heard at the top of the table. Bayern had a hard time against Paderborn, Dortmund contented themselves with a mandatory victory for the relegation candidate Bremen, Gladbach missed the home victory against Hoffenheim that was believed to be safe. Julian Nagelsmann’s team triumphed this weekend, however. After the convincing win against Tottenham on Wednesday, she swept Schalke 5-0. In between, after three unsuccessful Bundesliga games and the end of the DFB Cup, it looked as if RB would soon say goodbye to the championship race. The many fans of Leipzig across Germany may have been worried for no reason. You can rest assured and can continue to hope for the first title of the outsider from Saxony, to whom the hearts fly.

“And all without Viktor Orbán,” said Lothar Matthäus, who corrected himself immediately. “Uh, Willi, of course.” The Franconian sky expert and former national coach of Hungary also praised the “bear formation and bass gwode in midfield”. The players who are new to Leipzig are now playing a good role. French youth player Christopher Nkunku prepared four goals. The Spaniard Angeliño was not only pleased with a goal. Timo Werner obviously thought to himself: “Then I can go.” He chatted about his new dream club Liverpool. Schalke, on the other hand, lost 0: 5 for the second time within a few weeks. And Alexander Nübel is no longer whistled by Schalke fans not only because of his upcoming move to Munich, but also because of his mistakes.

Bremen against Dortmund was a small non-aggression pact. Both coaches rely on defense, three instead of two central defenders. Lucien Favre because his Borussia had conceded four goals in the last away game and three in the lost cup game in Bremen. Florian Kohfeldt, because the hedgehog tactic is currently recommended for Bremen anyway. As a result, there were few chances to score, the attackers were almost always outnumbered, and a striker was often surrounded by three opponents in the penalty area. For BVB, the calculation worked because he could rely on Erling Haaland to score a goal at some point.

And so it happened: Haaland’s first chance, shortly after the break, was still fended off by the Bremen team. But the corner that followed brought something, namely the tour through Dan-Axel Zagadou. Then the Norwegian struck himself – with the weak right leg, with which he shoots firmer than many others with his strong one. In the end, BVB registered an ultra-sober and confident 2-0 victory. And Florian Kohfeldt, who started without a real victory idea, was able to save face and job with a narrow defeat against Dortmund. The club management of the Bremen team sticks to him, although his team has only collected three points in the last ten games and has a goal difference of 3:25. Where monogamy is exposed as an illusion, Bremen’s lifelong and exclusive loyalty to its trainer is particularly virtuous.

Steffen Baumgart. The Paderborn trainer does not want to be praised. He would prefer points. But what should you do? He doesn’t win, but you have to applaud his elf playing so courageously. Even at the champions Bayern Munich, the promoters tried to play for victory. His players attacked and also dared risky dribbling in midfield. They equalized the Munich leadership twice. It was only in the 88th minute that Bayern’s winning goal fell. In the end, the brave Paderborn lost again 2: 3, as against the top teams Leipzig, Leverkusen and the first leg against Bayern. The compliments for Paderborn are meant seriously. We swear!

A little free tip to Bayern: On Tuesday in Chelsea defend maybe not forming a chicken pile.