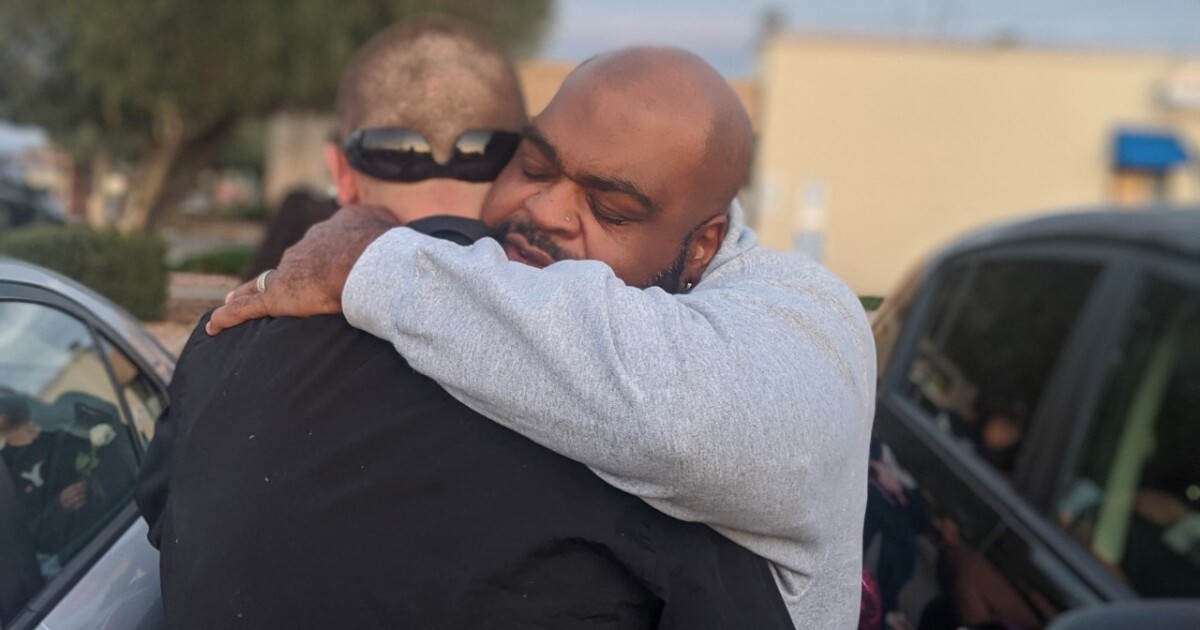 PHOENIX – Two strangers will be connected forever after the father of an accident victim met the good Samaritan who kept his son in his last moments.

On Friday, 24-year-old Derrick Coleman died after an accident at the intersection of 35th Avenue and Thunderbird Road in Phoenix. Coleman was driving a passenger on a Honda when he crashed into a traffic pole at the intersection. He was later declared dead in the hospital.

“It was right here Thursday night,” cried James Coleman, Derrick’s father. “The last time I saw him he was sitting in the courtyard.”

Chris Krueger, who worked at the Raceway Car Wash across the street from the wreck, immediately ran to the car where he found Derrick Coleman out of breath.

“It was horrible,” recalls Krueger. “I tried to console and calm him and basically I said ‘Hold on. They’re coming. Don’t go to sleep. Don’t close your eyes. Breathe with me.’ He practically took his last breath and I had to leave. I haven’t slept in two days. “

Krueger contacted ABC15 to ask for help in finding Derrick Coleman’s family. James Coleman agreed to meet with Krueger, and the two shared an emotional hug near the crash site, where friends and relatives installed a cross and vigil in the name of Derrick.

“They were badly made but I’m glad I met him and I’m glad he had some comfort,” said Krueger.

“This will also live with him,” said James Coleman. “We will both have this connection with this suffering of a special person for me who leaves this world, and someone who did not know and was unable to help, leaving this world right in front of him. When I heard about it I felt only better than he was not alone. “

Both Coleman and Kruger said they wanted to stay in touch.

Phoenix police say a 51-year-old man driving a Ford Explorer was turning left on 35th Avenue when his SUV was hit by a Honda driver who had a red light on 35th Avenue. Authorities say the 28-year-old man who was driving Honda was taken to hospital in serious condition.

Police say they believe the Honda driver may have been injured when the accident occurred.

The 51-year-old Ford driver remained on the scene and was not injured, police say. No indication of harm was assessed and observed, according to the Phoenix Police Sgt. Tommy Thompson.