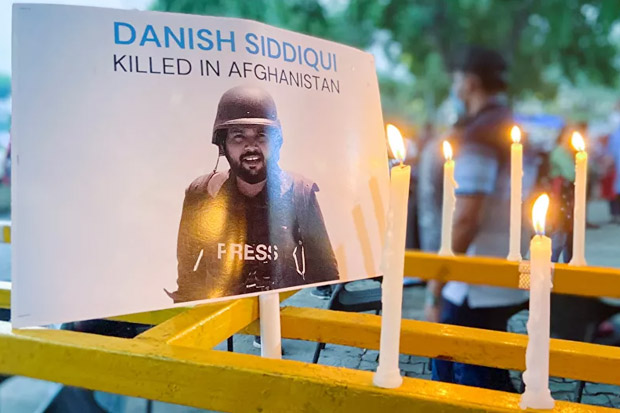 ACCEPT – militant group Taliban reported to have killed journalist origin India and mutilated the body before handing it over to medics.

Danish Siddiqui, Pulitzer-winning journalist, joins the squad Afghanistan in the Spin Boldak district along the Afghanistan-Pakistan border when he was killed in fighting. The district in Kandahar province was taken over by the Taliban last week, before Afghan forces launched an offensive to retake control of the city.

Siddiqui was killed by the Taliban in an ambush in the Spin Boldak district.

Ahmad Lodin, an Afghan journalist and head of Afghan Orband Weekly, told the India News Laundry that Siddiqui’s body was “dishonored” and “mutilated” when it was taken to Mirwais Hospital in Kandahar at 8:15 p.m. on July 16.

Indian government sources confirmed on the same day that Siddiqui’s body had been handed over by the Taliban to the ICRC or the International Committee of the Red Cross.

Lodin revealed that Siddiqui had been in Afghanistan for almost a month and had arrived in Kandahar a week before his death.

According to Lodin, both Siddiqui and Karzai were in the car when they stopped near a hilly area. That’s when they were ambushed by the Taliban. Both were killed in the Taliban attack.