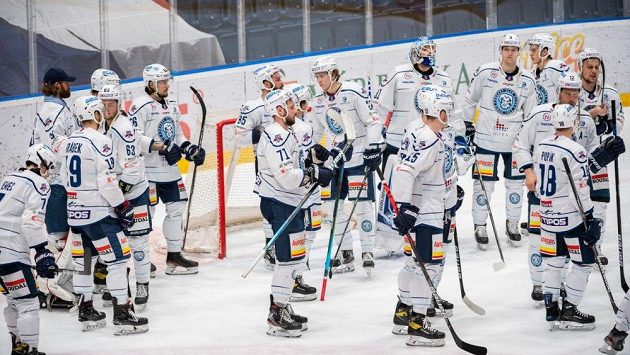 At that time, Nitra led 5: 1 over the ICEHL international league participant, but the tension on the ice escalated every minute. In the 38th minute, only seventeen-year-old Slovak national team defender Šimon Nemec was shot down behind the goal and a mass battle broke out on the ice.

After the end, the referees handed out the penalties, but the game did not continue. Home coaches were worried about injuries to their charges and preferred to pull them off the ice. The fans present in the stands responded to the premature end of the match with applause and the Viennese whistled.

“We are sorry that the match did not take place, for which we apologize to the spectators, but the health of our players is paramount for us. The interventions with which the players of the opponent began to present themselves were far beyond the limits of common sense, “Nitra subsequently stated on its Facebook profile.

“It had nothing to do with hockey. There was no point in letting our players who wanted to play hockey continue such a match. We will not take part in a deliberate hunt for our players, “added the representatives of the Slovak club.

Vienna, for which it was a general at the start of ICEHL, saw everything differently. “We decided to play hard, but fairly, of course. Unfortunately, it seemed that the referees did not have the best day, “his Canadian coach Dave Barr told the official website of the Austrian club.

See also  La Nación / What they don't tell about vaccines

“We will definitely not play with the Vienna Capitals club for the next ten years,” contributes Nitra.