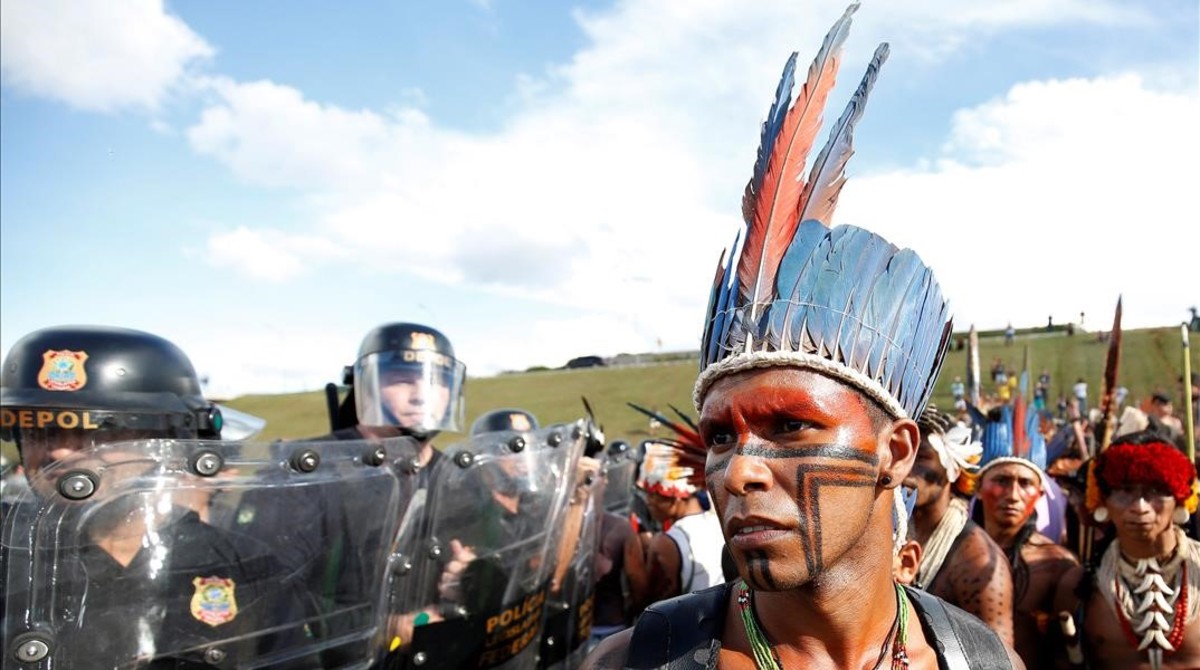 Alvanei Xirixana belonged to the Yanomami nation that stretches for thousands of both sides of the extensive border that separates Brazil from Venezuela. He died at age 15 at the main Boa Vista hospital, some 4,600 kilometers north of Sao Paulo. He had arrived in the capital of the Brazilian state capital of Roraima with a fever and never returned to his Rehebe village, near the Uraricoera, the river that gold diggers travel with their enriching dreams at all costs. Members of that community who have exhibited symptoms were isolated and are being tested. The unfortunate outcome Xirixana He met last Friday while a good part of that country watched in amazement as its president, Jair Bolsonaro, staged its highest degree of indifference to the coronavirus when scratch the nose and then shake hands with followers in Brasilia. The two episodes are connected and that is why both health experts and anthropologists sounded the alarm about the possibility that COVID-19 reaches the most vulnerable populations. Among them are naturally the 850,000 indigenous that inhabit different areas of the South American giant. The pandemic has now added to the threats of forest and mining devastation and the loss of rights since the extreme right has governed.

So far, the coronavirus it killed 1,328 people and infected 23,430 others. However, the researchers assure that Brazil has 225,000 positive cases not reported. In this context, the problem of indigenous peoples acquires its disturbing dimension in Brazil. The Federal Public Ministry has warned you that there is genocide risk. “Epidemics and high mortality rates by communicable diseases have contributed significantly to reduce the number of indigenous who live in territory. The Diseases of the respiratory system continue to be the main cause of infant mortality in its population, “said 32 prosecutors in turn. They have asked the Executive to include indigenous peoples in a priority group for influenza vaccination, food supply and shipment to the villages of hygiene products. “Many lands are invaded by miners, loggers, among other criminal activities, which induce a constant flow of non-indigenous people in these territories, which makes health and social isolation policies ineffective & rdquor ;. The attorneys considered that, in the face of these circumstances, the National Indian Foundation (FUNAI) should reinforce the protection measures for the reserves.

After a 20-year-old woman from the Kokama tribe, near Colombia and Peru & NegativeMediumSpace; was infected, the Permanent National Forum in Defense of the Amazon, which integrates more than 100 villages, asked Bolsonaro to adopt preventive measures and assistance before the “very serious scenario “ what’s next. “We depend on the political will and competence of the rulers to mitigate the damage of this pandemic,” they noted. The problem, some connoisseurs of the indigenous problem warn, is precisely the “will & rdquor; of the retired captain. Bolsonaro has a history of contempt for indigenous peoples. “Indians stink, they lack education and do not speak our language, “he went on to say before coming to the Government. The” Indian It is evolving“and that” more and more he is a human being like us, “he said already in power, believing himself benevolent.

“We are extremely concerned about indigenous communities,” said the Brazilian Minister of Health, Luiz Henrique Mandetta. His word is often in question with that of Bolsonaro, who could not kick him out because for now he receives the support of the Armed Forces. The risk situation faced by different ethnic groups in Brazil is repeated with its nuances in other parts of Latin America where there are 522 indigenous peoples that add up to 45 million inhabitants. Fear of the present feeds on past trauma: More than five centuries ago, typhus, smallpox, measles and the bubonic plague wiped out 95% of the continent’s population or during the first 130 years of the so-called conquest.

In Alaska, the D system against the coronavirus

Together we are unstoppable: Medical students deliver food to the most vulnerable in Georgia – Telemundo Atlanta