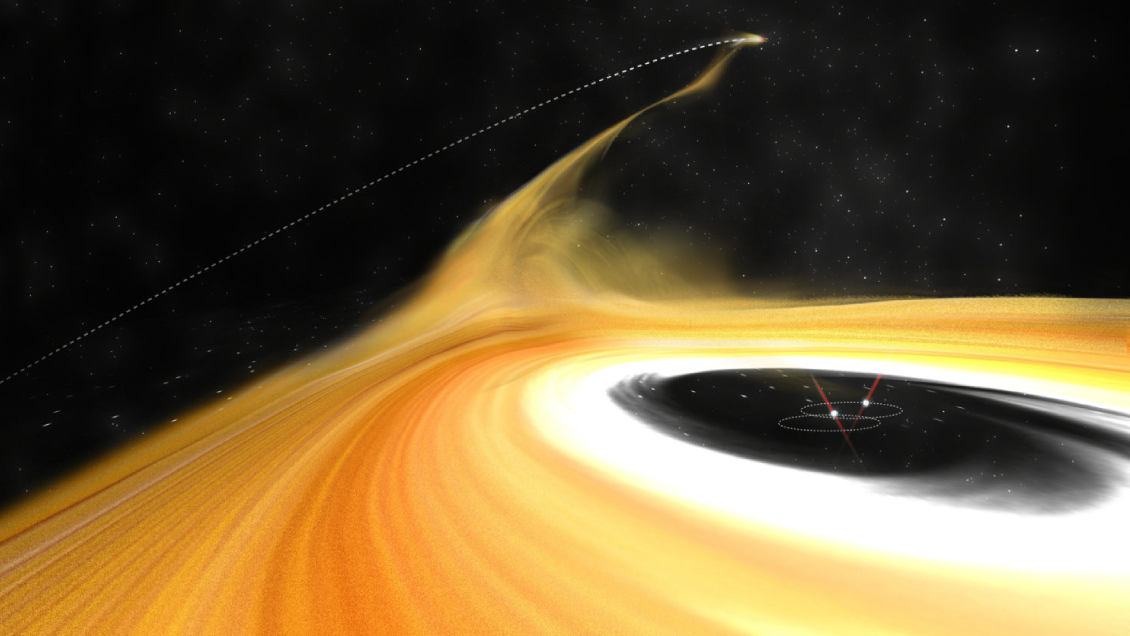 A scientific team has managed to record a phenomenon rarely observed until now: the approach of an object to the star system Z Canis Majoris (Z CMa), located at an estimated distance of 3000 light years from our solar system.

Thanks to observations of telescopio Atacama Large Millimetre/Submillimetre Array (ALMA), in Chile, in collaboration with his peer Karl G. Jansky Very Large Array (VLA), in the United States, the researchers were able to verify that this foreign object to the system it approached and interacted with the surroundings of the binary protostar and caused the formation of long, chaotic plumes of dust and gas in the surrounding disk.

This type of phenomenon had been observed with some frequency in computational simulations of star formation processes, but Few direct observations have been made so far., reports an ALMA statement.

When your crush has Novi @ 💔
The “romance” between 2 stars was interrupted by an unknown object! forming long, chaotic plumes of dust and gas in the surrounding disk.
⬇️https://t.co/Tp6bArCYAk
📷: ALMA (ESO / NAOJ / NRAO), S. Dagnello (NRAO / AUI / NSF), NAOJ. pic.twitter.com/1qlzU0vsY9

“It is difficult to obtain proof of these approach phenomena because they occur very quickly and are difficult to detect”, Explain Ruobing Dong, an astronomer at the University of Victoria (Canada) and principal investigator of the study: “What we did is equivalent to capturing the image of lightning at the exact moment it strikes a tree.”

This finding, according to Dong, shows that close encounters with young stars surrounded by disks are real and not just conjecture formulated in computational simulations.

Nicholas Neck, an astrophysicist at the University of Grenoble Alpes, in France, and a co-author of the article, adds that, in the case of Z CMa, it was the morphology (or structure) of these plumes which helped scientists accurately identify and locate the intruder.

“The stellar encounters cause morphological changes in the disks (spirals, warps, shadows, etc.) that give away these approaches. In this case, by carefully observing the disk of Z CMa, we detected the presence of several indications of approaches.”

These clues not only helped the scientific team to identify the intruding object, but also allowed them to deduce the consequences that these interactions would have for the future of Z CMa and the new planets that are forming in the system, a process that remains a mystery.

The disturbances, including long streams of gas, were observed in detail by astronomers. Credit: ALMA (ESO/NAOJ/NRAO), S. Dagnello (NRAO/AUI/NSF), NAOJ.

“Thanks to this new research, we now know that these approaches occur and that make a significant impact in the gaseous circumstellar disks where planets form, around young stars,” says Cuello.

These approaches -he points out- can considerably disturb these disks that surround the affected stars, as shown by the extensive plumes observed around Z CMa.

Soccer player shot in the head