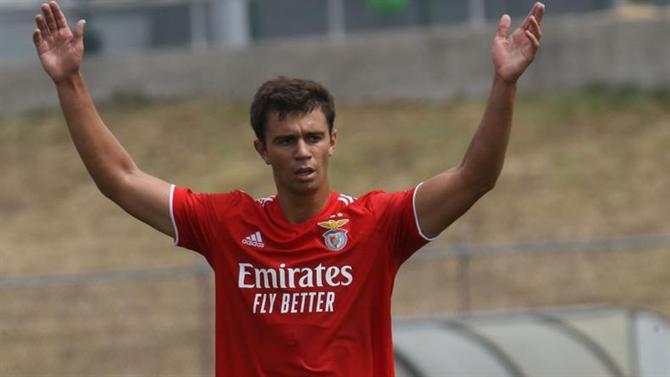 Henrique Araújo, forward for Benfica B, was the spokesman for the Reds’ frustration after the defeat (1-2) against Rio Ave, in Vila do Conde. The reds played from the 42nd minute, reduced to 10 minutes, due to the expulsion of central defender Pedro Álvaro, and saw Luís Freire’s team win at 90+5′.

“They were two completely different parts. In the first half we felt that we were better, but after a refereeing error, another one, the game changes from 10 to 11. I have to value the work of this team, there are many people who will go very far and I can’t say anything to them. It’s another week in which we are penalized for a refereeing error. Two days ago we had a bad goal against Mafra, it was 2-2 and a point, last week an unmarked penalty against Estrela da Amadora.

Today was this expulsion from the Portuguese league, we are used to it. The problem is that we see this happening in the A team, in the B team, in the juniors. At the moment, nobody respects Benfica and that makes everything very difficult for those who are in this club. They didn’t let us win and so it’s impossible to go after our opponents in the classification», shot the young forward, speaking to Sport TV.

This season, Henrique Araújo, has 24 games and 14 goals in the B team and one goal in five matches for the A.

Pedro Valido, assistant coach of António Oliveira, refused to comment: “My job is to train these players for the first team and not talk about refereeing.”

Vaccination of the elderly against the flu takes place this Saturday in BH; see the locations

Impressions from the iPhone 13 Pro after six months. What changed