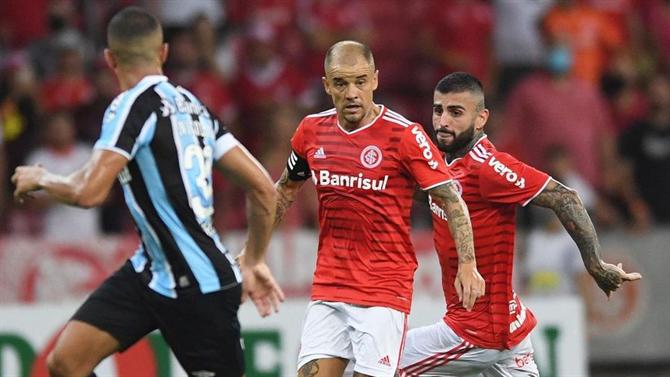 The Beira-Rio Stadium, in Porto Alegre, was the scene of one of the most important moments of the 2nd round of the Brasileirão. At the age of 41, D’Alessandro said goodbye to his Internacional and football career, in a game against Fortaleza, with a 2-1 victory.

The Argentine ace, who in the meantime acquired Brazilian nationality, was once again a starter… and author of his team’s first goal, the last with the shirt he wore for more than a decade, interspersed. A true idol of the Colorado fans, the forward was replaced by Boschilia in the 72nd minute, having left the field in tears.

D’Alessandro hugged teammates and opponents, heading to a bench to a shower of applause. With stints in River Plate (Argentina), Wolfsburg (Germany), Portsmouth (England), Zaragoza (Spain), San Lorenzo (Argentina), Internacional (Brazil) and Nacional (Uruguay), the international for the pampas team leaves the scene with a vast history, in which the gold medal in an edition of the Olympic Games and the conquest of a Libertadores and a U-20 World Cup stand out.

Brazilian football thanks you!

At the age of 41, D’Alessandro says goodbye to Internacional and his career as a professional player. Lots of emotion in Beira-Rio! pic.twitter.com/3IlYTyIAT5