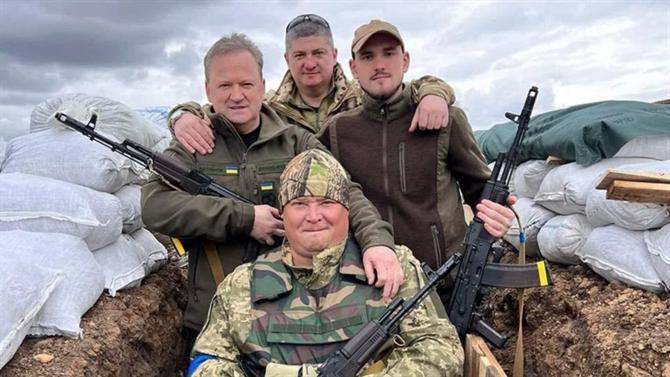 Igor Belanov, winner of the Ballon d’Or in 1986, while representing Dynamo Kiev, has enlisted in the Ukrainian army and is defending the country from Russian invasion.

The former striker, now 61 years old, born in Odessa – he has dual nationality, Ukrainian and Russian -, the Ukrainian coastal city where he lives, played for Chornomorets, Dynamo Kiev, Borussia Monchengladbach, Eintracht Braunschweig, Mariupol and is at the forefront.

In 1986, in addition to the Golden Ball, he won the Cup Winners’ Cup, a competition in which he was the top scorer and also won two championships in the former Soviet Union (USSR), two Cups and two USSR Super Cups.

In recent years, he has worked as a consultant for the Ukrainian Football Federation.

The former player was photographed alongside soldiers in the trenches of the Odessa area with a gun in hand.

Belanov was accompanied by the trophy, probably (almost certainly) to give morale to his fellow combatants.

See also  The most famous dancer in the history of cinema.. She got married more than 15 times. Al Shaarawy told her if I had known you, I would come to you as a head and not as a dance.. And he predicted for her a palace in heaven.. She wouldn't expect who she was!

Test: Chrono Cross The Radical Dreamers, the remaster that burned a Serge – Gamekult