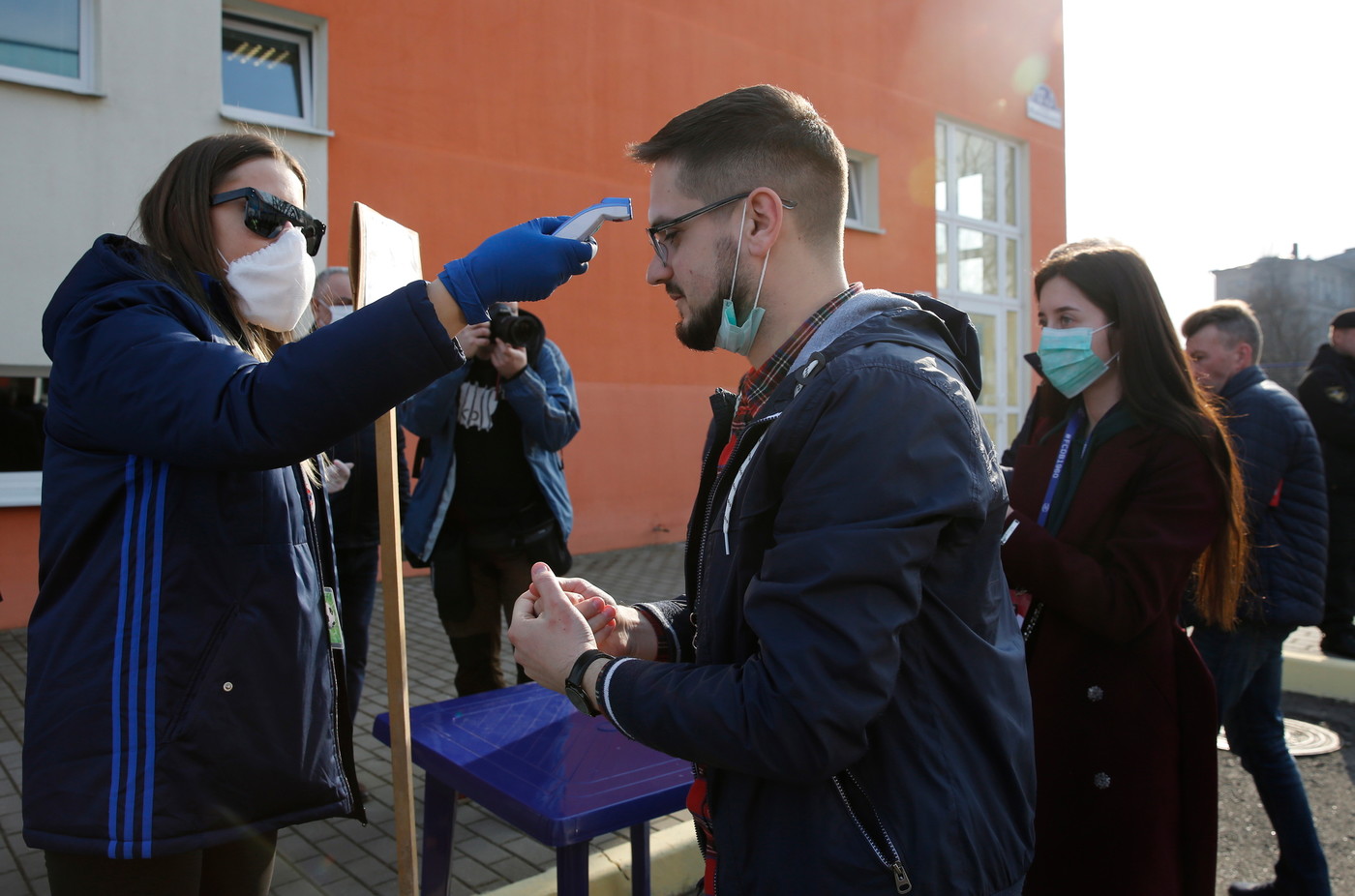 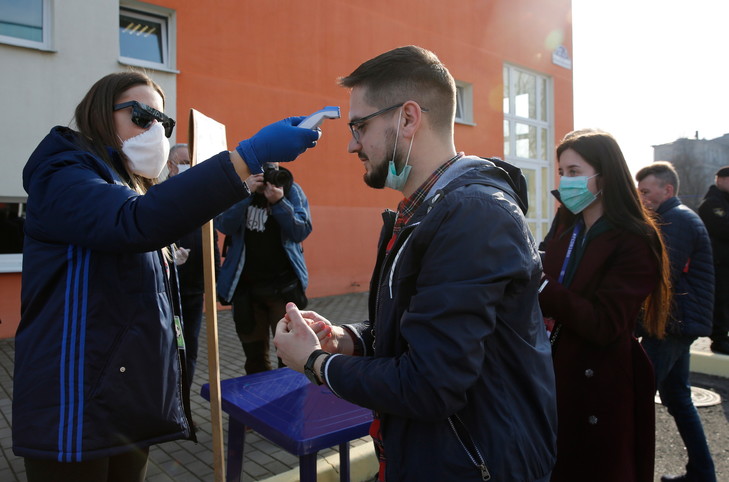 There is one country and only one in Europe where it is still possible to attend the football championship matches by going to the stadium, to work as if nothing had happened at the factory, to send your children to the nursery, studying at university, drinking beers in bars, in short living quite like before the coronavirus.

This country where the authorities resist “To psychosis” of the pandemic, to use President Alexander Lukashenko’s words, is Belarus: a state of 10 million people between Russia and the European Union.

In this former Soviet republic, the incontrovertible and very authoritarian leader has multiplied reassuring and populist remarks in order to sweep away questions about the absence of containment measures or even movement restrictions. One day, he praised the virtues of banias (steam baths) or vodka against epidemics, but also of tractor work, a machine that massively produces his country.

Another, he decreed that the noise around this disease “That he did not see flying”, was a way “to get the yellow vests off the streets” and more generally to put an end to all social protests among his fellow leaders of other nations.

The presidential in sight

Beyond his brave speech and his cookie-cutter declarations, Alexander Lukashenko, who has presided over Belarus for 26 years and has been preparing for re-election this year, does not want to stop the fragile Belarusian economic machine.

“ He knows that he cannot put his country to rest because of its current economic difficulties without endangering his policy of redistribution of wealth in this election year “Says Ioulia Shukan, lecturer at the University of Nanterre.

See also  Did crabs live in a tree centuries ago? The world of head-scratching science

→ READ. Faced with the coronavirus pandemic, Moscow confines itself

Officially, no one has died of coronavirus in Belarus. A family who had publicly spoken one morning about the death of a loved one in Brest, near the Polish border, due to the coronavirus, withdrew in the afternoon.

During a press briefing, Friday March 27, the health authorities did not speak of the sick but of “62 cases under observation” and 35 healings. Official media recalled the importance of public hospitals scattered throughout the country, a well-kept legacy of the Soviet Union, and praised the number of beds and ventilation equipment.

The painful memory of Chernobyl

The Belarusian people, who have not forgotten the lies and the denial that followed the Chernobyl disaster, seem much more circumspect. As an aside, several doctors are wondering about the increase in cases of suspected pneumonia, especially in the Vitebsk region.

On the phone, an elderly woman says she was hospitalized for ten days for a “ viral pneumonia Without being tested for coronavirus. When she got out of the hospital, she went back to work. In the small town of Babrousk, a soldier’s wife notes that for the past few days, no one has been able to enter or leave her husband’s barracks.

In Minsk as in the provinces, the streets and places of life are less crowded. Many people have left to settle in their datchas (country houses), or even have taken self-containment measures without delay. Elena, 72, stored eight masks at home. She says she never leaves her building except for shopping and that she has even stopped going to church. ” I don’t trust our president, she says. Lhe authorities do not test and nobody pays attention to us. “

Following presidential recommendations, companies, factories and collective farms nevertheless continue to operate without changing their habits. Andreï, a hairdresser in a small town in the east of the country, does not want to hear about quarantine because “he has to feed his family”. Like its president, it fears the disastrous economic consequences of a possible confinement. So he continues to cut his clients’ hair, his face covered with a surgeon’s mask.