Sunday, March 7, 2021 at 6:17 PM – Even though this celestial object does not pose a great threat to Earth during this flyby or for the foreseeable future, NASA already designates it as the largest, but also the fastest asteroid that will move through our skies this year.

An asteroid ten times taller than the Olympic Stadium in Montreal

A huge asteroid, named 2001 FO32 by NASA, will fly over Earth this month. Orbiting the Sun approximately every 810 days, it moves from within Mercury’s orbit and passes through Earth’s orbit. When this is the case, our planet is often on the other side of the Sun. But sometimes we are closer to it. Thus, based on NASA records, on March 21, 2021, we will witness the closest ever encounter with the asteroid 2001 FO32. Its last connection dates back to the early 1900s. And it will not come closer to Earth in the near future, at least not until the year 2200.

This kilometer-wide celestial body has been known for nearly 20 years, and nearly a hundred more asteroids listed by NASA are also expected to fly over Earth by the end of 2021. D ‘ an estimated width of 1.1 km, 2001 FO32 nevertheless stands out as the largest asteroid known to have flown over us this year. It could even be up to 1.7 km wide, according to astronomical records from the past two decades. For comparison, that means it’s about twice as tall as Toronto’s CN Tower or ten times as tall as Montreal’s Olympic Stadium. And of the roughly 25,000 near-Earth asteroids that we know of, only three and a half percent of them are longer than a kilometer. This places 2001 FO32 as an exceptional specimen.

See also  Google unveils LaMDA, an AI that can chat about any topic 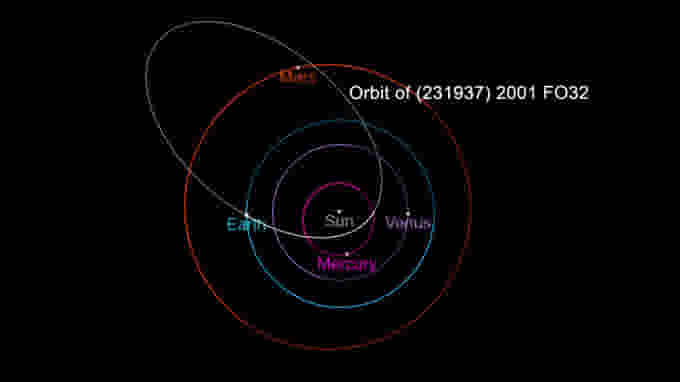 Little chance of collision with Earth

Although some have called it “potentially dangerous,” 2001 FO32 does not pose a great threat to Earth. Indeed, when the asteroid crosses us on March 21, 2021, its closest approach will be more than 2 million kilometers away. It is more than 5 times the distance from Earth to the Moon. The exact moment of its closest position is shown in the graph below. It will be more than 2 million kilometers from us and will have already passed Earth orbit. 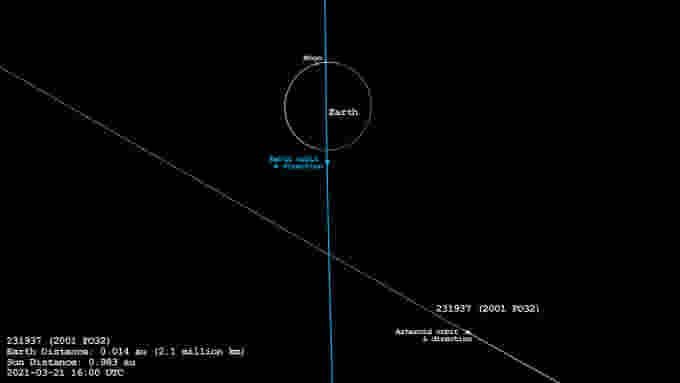 Over the past 20 years, astronomers have observed this asteroid numerous times. They know its orbit so well that the uncertainty rate in its closest approach, 2 million km, is tiny, since it is only 330 km. For comparison, if Earth were the size of a basketball, the asteroid would be the size of a small grain of sand and be farther from it than the length of a football field (about 120 meters ).

Considering that the Earth has already circled the Sun about four and a half billion times, it has amply proven its ability to keep away from dangerous asteroids. According to NASA, there would therefore be no collisions with known asteroids for at least the next 100 years.

Since the start of 2021, more than 500 new near-Earth asteroids have been spotted. Although some of them are only a hundred meters wide, most of them have been detected far beyond the Moon. As for the closest, they are generally 10 meters less in width. Although they can come very close, even intercept our planet, these are too small to present a danger and would explode anyway far enough in the atmosphere. If last year was prolific in terms of asteroid discovery – nearly 3,000 were found in 2020 – the current year will be even more so with a few thousand more likely to be found before it leaves 2021.

SEE ALSO: Perseverance has produced over 2,900 images of Mars, here are our favorites