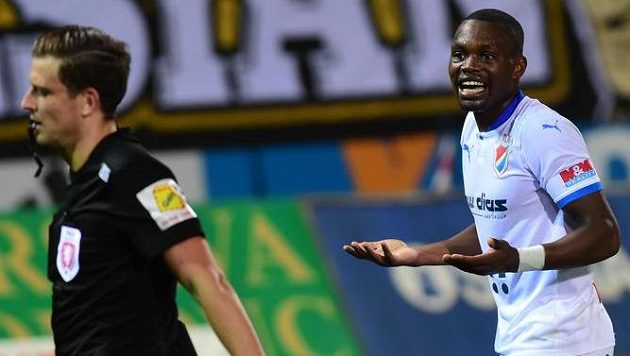 Two fundamental mistakes. At the beginning, the Spartan Štetina was to be expelled, and at the end of the first half, the Olomouc Matoušek was also to be expelled. The main referee Pavel Orel was given a limitation of the delegation to two matches, to one by the video referee Jiří Adam and his assistant Jakub Hrabovský.

Jan Machálek scored one match for inconsistent judging of offenses, his assistant Jakub Šimáček then stopped for two duels for incorrect signaling of offside offenses by Bohemians players.

The Commission suspended the main Ondřej Pechanec delegation for one match for inconsistent assessment of offenses. One round was also missed by Karel Hrubeš, who, as VAR, had to repair Pechance and recommend him to give Teplice Denis Laňek a red card instead of a yellow card for a foul on Srdjan Plavšič. “For us, the priority is to protect the health of players,” stressed the chairman of the commission Radek Příhoda.

The kangaroos were damaged, the North Bohemians did not kick the penalty, from which they equalized to 1: 1. The video referee Ondřej Berka received one match for the incorrect intervention in the game, as well as the main referee Tomáš Klíma for an error before the subsequent penalty on the opposite side. The stop for two matches was taken by the fourth referee Karel Hanousek, who was to draw attention to the repeated inappropriate behavior of the Jablonec coach Petr Rada.

The delegation was limited to one match by the fourth referee Vít Zaoral and the first assistant Radim Dresler for advising the main Zbyněk Prosky to give only a yellow card to Adam Vlkanová for a sharp foul by the visiting Filip Havelka. The exclusion occurred in the 34th minute only after the intervention from the video.

According to the commission, the home team’s Jiří Skalák did not pay correctly due to a previous offensive foul. However, the main Miroslav Zelinka had to whistle for the intervention and Pavel Franěk, VAR, should not have entered the game, as it was not an obvious mistake. Zelinka then misjudged the unsportsmanlike foul of the home team Vojtěch Smrž, for whom he had to award a red card without VAR intervention. That’s why he got a stop for one match.

The home team equalized to the final 1: 1 from the penalty, which was not to be ordered. The Commission therefore suspended the main delegation, Jan Petřík, for two duels. “The commission has agreed that we do not want such penalty kicks,” Příhoda snarled. The video referee did not intervene correctly, as it was not an obvious mistake.

The stitchers had to finish the match in numerical advantage. The commission therefore suspended the main delegation for two Pavel Julínek and the video referee Ondřej Pechanec for one match. In the 77th minute of the hard duel Daniel Stropek fouled Tomáš Holeš. The Slezan defender only received a yellow card. The video referee did not intervene incorrectly. “We want VAR to get involved and intervene. In addition, the referee played a harder game than is absolutely necessary, “Příhoda remarked.

The main Pavel Franěk also got a stop for two matches. In the 83rd minute, the visiting striker Michal Škoda was supposed to be expelled for an elbow shot in the face of the home stopper Filip Panák, who took the visible bulge from the collision. Škoda only received a yellow card.

Otherwise, the chairman of the commission was quite satisfied with the performances of the judges until the first national break. “The first six laps were not completely bad. Mistakes are, have been and will be. We had little time, we boarded on June 30th. We built documents. We do not make excuses for nothing. We work with what we have and look for new judges to increase competition. Globally, we feel that men are trying and making fun of each other, “said Příhoda. 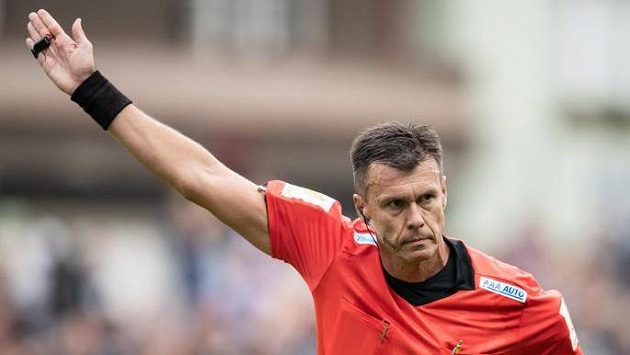 The home side put themselves ahead 1 – 0 after 50 minutes courtesy of a breakthrough from Slávista Jan Bořil, who scored with a stunning volley following a cross from the right wing. The commission suspended the video referee Miroslav Zelink’s delegation for one match due to an error, the main judge Pavel Orel did not receive a penalty. After a shot by Václav Jurečka, Bořil replaced the defeated goalkeeper Aleš Mandous and prevented a possible goal. According to more detailed shots, however, he spread his arms and the ball hit him in the area under his shoulder.

The biggest penalty so far, three matches for the main Tomáš Klíma. After 51 minutes Ostravský Yira Sor made a speedy advance and dropped the ball to Ondřej Zmrzlý who shuffled it past the keeper. In the 75th minute, on the other hand, he immediately eliminated Pavel Zifčák from Olomouc for a dangerous high-foot game against Jaroslav Svozil. “We have no explanation why the referee did not give (Sor) a second yellow and red card. Then there was the award of a red card (to Zifčák). She was very unhappy in the context of the match, so we reached for a tougher penalty, “Příhoda described.

See also  Corona contamination figures are on the rise again: 'Next week will be ...

The second yellow and red card was also awarded to Jaroslav Zelený from Jablonec, Václav Drchal, a Spartan. The commission gave the main Pavel Eagle a stop for two matches. At the same time, Orel dealt a total of 12 yellow cards to Letná. “He was anxious and there were quite a few cards. When you give them from the fifth minute, you have to keep the trend until the end. Green was supposed to get a second yellow and then a red card, “Příhoda is clear. 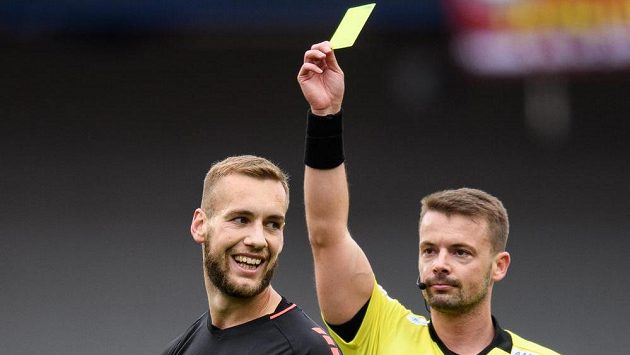 The referee Pavel Orel gives a yellow card to Miloš Kratochvíl from Jablonec during the match on Sparta.

Pelta went to the judges

As for the referees, perhaps the biggest uproar came when the home boss Miroslav Pelta, the former chairman of the FACR, went to the judges’ locker room during the break of the mentioned duel between Jablonec and Bohemians.

“He did not put any pressure on us to decide otherwise in the second half. He apologized for the behavior of coach Petr Rada, so that we would not let him decide to talk to him. We asked him to leave the locker room, that he had nothing to do there. He respected it and left after a while, “said the main Tomáš Klíma.