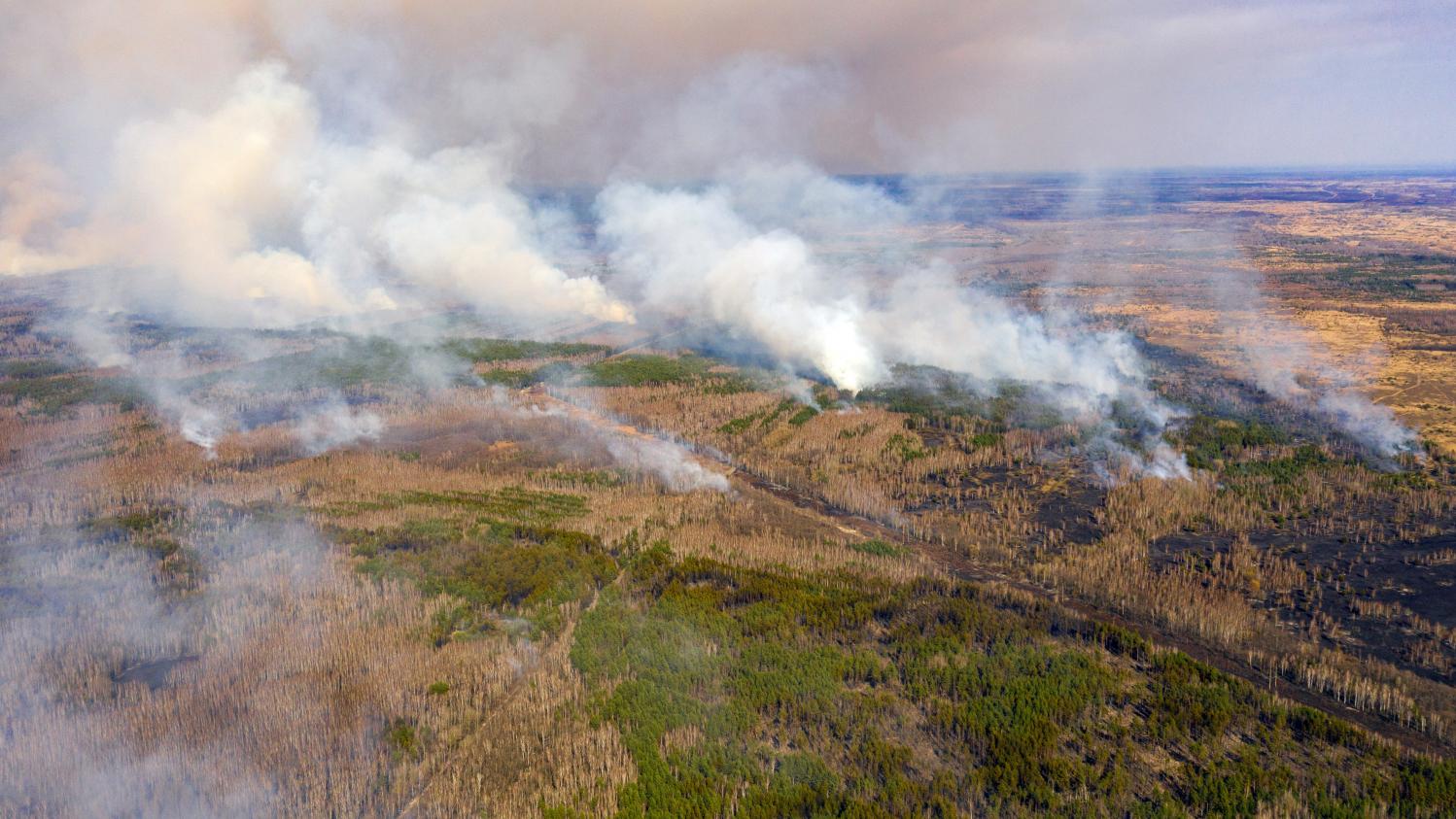 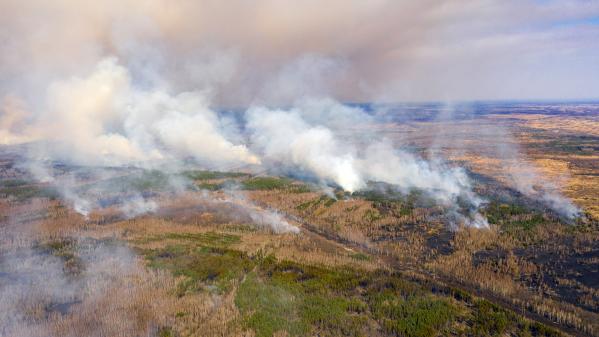 Ukrainian authorities say the plant is safe, but several NGOs believe the fire, started by an idle young man, is difficult to control.

The forest around Chernobyl continues to burn. More than 400 Ukrainian firefighters are still mobilized, Monday, April 13, to try to stop a major fire around the exclusion zone of the site. “The Chernobyl nuclear power plant, the radioactive waste storage sites and the other crucial infrastructures of the exclusion zone are not threatened”said Volodymyr Demtchouk, a senior Ukrainian emergency services official. He added that the main task of the firefighters was to locate the fire areas and limit their spread. Ukraine has in particular mobilized water bomber helicopters to extinguish the disaster which has been going on since April 4, sustained by strong winds.

According to the ecological NGO Greenpeace, this is the worst fire ever observed in the Chernobyl exclusion zone, which forms a radius of 30 kilometers around the old power plant. Based on satellite images, Greenpeace claims that the fire is only “about 1.5 kilometers” from the arch covering the reactor which exploded by accident in April 1986. For several days, the Ukrainian authorities have not have not given recent estimates of the size of the fire.

According to Sergiy Zibtsev, director of the Kiev-based Regional Fire Monitoring Center in Eastern Europe, linked to a United Nations program, the fire is “gigantic” and “unpredictable”. “In the west of the exclusion zone, it has already covered 20,000 hectares according to our estimates”, he told AFP. The director of an association organizing guided tours of the exclusion zone, Yaroslav Yemelianenko, told him on Facebook that the fire had reached the ghost town of Pripyat, which had been evacuated after the disaster.

For his part, the Ukrainian Deputy Minister of the Interior, Anton Gerachtchenko indicated on Facebook that the radioactive waste storage sites are “completely safe”. Ukrainian authorities say the fire did not increase the level of radioactivity. However, after the fire started, the acting head of the government’s ecological inspectorate, Iegor Firsov, said that the radiation levels in the epicenter of the fire were well above standards. He then returned to his words.

The fire was started by a young resident living near the Chernobyl area, who faces up to five years in prison for “destruction of vegetation”. The 27-year-old said he set the grass on fire “to have fun”, according to the police. One of the reactors at the Chernobyl plant exploded on April 26, 1986 contaminating, according to some estimates, up to three quarters of Europe. The area within a radius of 30 kilometers around the damaged power station has been largely abandoned since then.

the reaction of teachers’ unions to the gradual reopening of schools