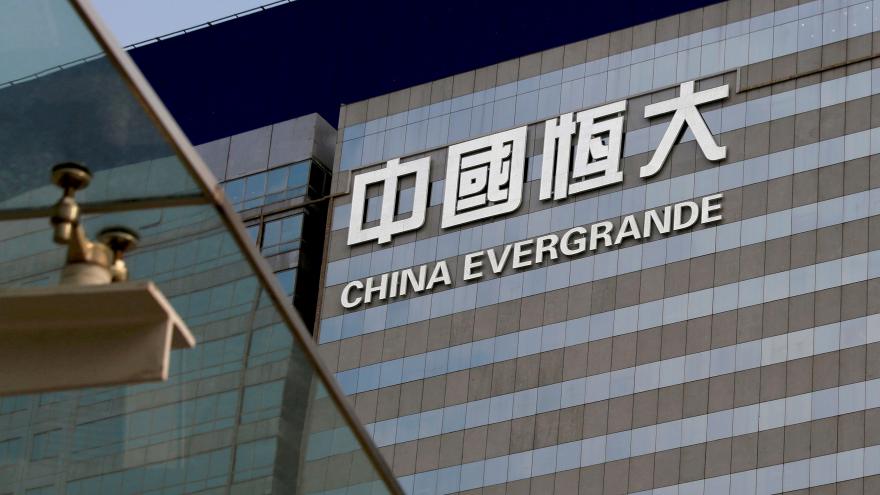 “The situation is serious. China’s central bank has long warned that these large companies, including Evergrand, pose a systemic risk to the national financial system. The real estate market has been a major driver of the Chinese economy for the past decade, and the company’s debt is huge. It is over $ 306 billion, which is about two percent of China’s GDP, “said Barbora Šámalová, ČT’s correspondent in China.

She added that the company’s liabilities concern at least 128 banks and more than 120 non-banking institutions – late payments could cause the entire system to fail. In addition, it has an impact on the labor market, as Evergrande has around two hundred thousand employees and hires an additional almost four million people each year for various projects. “The authorities fear social unrest, destabilization of society, which the Chinese Communist Party considers the greatest threat,” she added.

The rating agency S&P Global Ratings has already responded to the development, lowering the company’s main credit rating and its components to CC. According to S&P analysts, it is clear that the company has run out of financial liquidity. S&P Global’s approach suggests that the company’s bankruptcy scenario is virtually certain, Reuters reports. “China Evergrande Group’s access to liquidity and financing is narrowing significantly, as evidenced by the announced sharp drop in sales, declining cash and continued use of physical resources to settle liabilities,” the rating agency said.

The Chinese Ministry of Housing and Rural Development also convened a meeting with banks this week, which told them that Evergrande would not pay the debt payment scheduled for September 20. However, the company is still negotiating with banks about the possibility of postponing repayments or refinancing some loans, sources said. They want to remain anonymous because the negotiations are private in nature.

The inability to repay loans to banks is so far the most obvious sign of the financial problems of the company, which is currently the most indebted developer in the world. Its liabilities now exceed three hundred billion dollars (6.4 trillion crowns), which is, for example, more than three times the budget of the Czech Republic.

The company itself claims that speculations about impending bankruptcy are false. “The company is indeed facing unprecedented difficulties, but is committed to doing everything it can to restore operations and protect customers’ rights,” Evergrande told Reuters.

According to a CT correspondent, Evergrande is the second largest developer in China, the company has over thirteen hundred projects across the country, many in smaller cities. It has invested in residential projects, but also in some megalomaniac buildings. “For example, it is building the largest stadium in the world in the form of a giant lotus flower for a hundred thousand spectators and also owns the Guangzhou Football Club. It has established a football academy for young talents, also the largest in the world,” she outlined. Last year, the company’s turnover was $ 110 billion.

According to Šámalová, the company expanded relatively quickly precisely because it borrowed quickly, for example, it took out loans for the purchase of land. At a later stage, however, she had to sell the apartments quickly with big discounts, despite low margins, in order to continue building again.

“And as sales growth has slowed in recent years, it has begun to invest in other industries, such as electric cars, insurance, and even bottled water, but over time it has not been able to repay and owes both clients and employees. She collected advances for housing, which is no longer being built at all and has not paid wages to contractors for a long time, such as cleaning crew members or engineers of design offices, ”Šámalová explained.

Instead of wages, she paid them bills of exchange, often due a year after work was done. However, according to the Shamal, they are now overdue, so people have been gathering and protesting for several days in a row in front of Evergrande’s headquarters in Shenzhen and other Chinese cities (because the company operates throughout the country).

“I came from Shandong Province to ask for money. The bills are already three months late. We worked as cleaners, sweeping the floors for them. There are two hundred of us and to this day we have not received payments, “said Li Ke-sin from the cleaning company. Wu Zhuo-sin, the deputy director of the engineering company, also encountered a similar problem. “We received bills of exchange that were to be paid a year after the work was completed. But they are already two months past due and nothing, “he explained.

The situation also worries investors. “A lot of people have bought housing, made a deposit and are now nervous. If the situation seems to be causing social instability, it is a strong enough incentive for Beijing to intervene, “said Kaiyuan Capital Investment Director Brock Silvers.

According to Šámalová, however, society does not seem to go bankrupt. Analysts agree that its situation will be resolved by state intervention. The impact of a possible bankruptcy would be so great that it would shake the entire economy and could affect the global one. “It simply came to our notice then. Some even compare it to the collapse of Lehman Brothers, “he adds.

According to her, Evergrande has also been taking steps to reduce debts for a long time, but it is not very successful yet. “It accelerated last year because regulators introduced a so-called three red line policy. These are the limits for the three debt indicators that they must meet by next year. So Evergrande sold the property, gave buyers huge discounts on residential projects, sometimes as much as twenty-five percent of the price, sold most of the commercial real estate, and began selling other shares on the Hong Kong Stock Exchange, but none of that helped. So now he is negotiating with creditors, “said the rapporteur.

She added that analysts do not consider it likely that the company will be able to repay all debts, so it will have to restructure and will certainly need government help. “Firstly, in order to reach an agreement with creditors, and also for it, the government will probably have to complete the projects under construction so that real estate prices, which are already so dizzyingly high in China, do not jump out. The Communist Party has long been monitoring prosperity and raising living standards, which includes the availability of housing, so it is a priority for it, “added Šámalová.

In the meantime, in preparation for the restructuring, the Chinese authorities have called in accounting and legal experts to assess the financial situation of the real estate group. Political leaders in Beijing are so far silent, so it is unclear whether they will allow Evergrande’s creditors to suffer significant losses. However, corporate bond prices suggest that investors do not expect much chances of rescue.

GGaide: the local video game industry for the benefit of Centraide

US general call to China wasn’t so crazy – Reformatorisch Dagblad