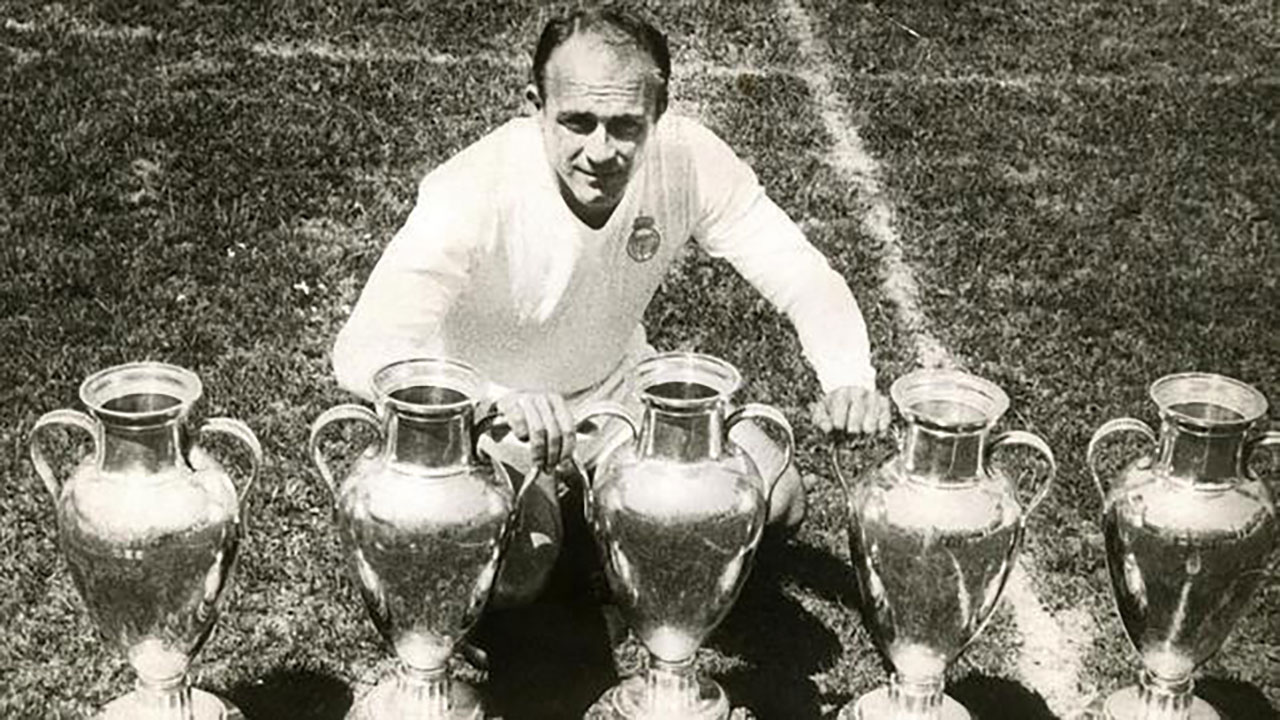 Souvenirs, medals, trophies and other personal belongings belonging to the late soccer star Alfredo Di Stefano, the former Real Madrid player and coach and one of the game’s greatest creations in its history, will be auctioned at Julien’s House in London in September.

The collection includes more than 600 items, including medals and cups that Di Stefano won in the European Cup and the Spanish First Division, as well as individual awards such as the Golden Ball, several shirts, certificates of appreciation, coins and other personal belongings.

This collection is expected to sell for more than $1 million.

“The family decided it was the right time to share this collection with the world because he is a global icon and a huge star given his football career,” Martin Nolan, CEO of Julien’s Auctions, told Reuters Television.

Di Stefano was born in the Argentine capital, Buenos Aires, and was part of the Real Madrid squad that dominated Spanish and European football in the fifties and early sixties of the last century.

Di Stefano scored in all five European Cup finals that Real Madrid won between 1956 and 1960, including a hat-trick in the 7-3 victory over Eintracht Frankfurt in Glasgow in 1960, a legendary match for many.

Di Stefano formed a formidable attacking partnership with Hungarian Ferenc Puskas and could play in any position.

Di Stefano was also twice named European Footballer of the Year, in 1957 and 1959.

Di Stefano began his career with River Plate in Argentina and also played in Colombia before joining Real Madrid in 1953, where he won eight La Liga titles and five European Cups.

See also  Oliver Kahn: The material situation forces us not to think about Haaland

At the international level, he played for Spain, Argentina and Colombia.

The late took over the training of Real Madrid in the eighties of the last century and returned to lead the defense apparatus again in the early nineties.

The auction will take place on September 23 and 24.