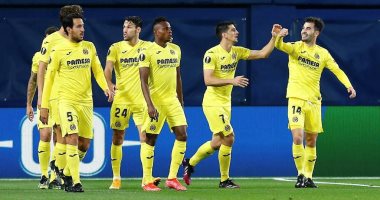 Villarreal will be a guest at Real Madrid this evening, Saturday, at the “Alfredo Di Stefano” stadium, in the 38th and final, decisive round of matches in La Liga For the current season 2020-2021, in a meeting in which Real Madrid seeks to win and grab the La Liga title in the hope that Atletico Madrid stumbles against Valladolid..

The Real Madrid match against Villarreal begins at 6 pm and will be broadcast on beIN SPORT HD 1.

The Royal is ranked in the Spanish League with 81 points, two points behind leaders Atlético Madrid, while the yellow submarine team is in seventh place with 58 points..

The royal team, led by its French coach Zinedine Zidane, hopes to achieve victory in the match tonight, hoping that Atletico Madrid stumbles in its match against Valladolid, in order to obtain the title of the competition that holds its title 34 times.

Zidane is seeking to win the La Liga title to save the season for Real, after he failed to win any title this season, the last of which was the European Champions League bid farewell at the hands of Chelsea, from the semi-finals, earlier this month.

Reports had indicated that Zidane made the decision to leave Real Madrid, after the end of the Villarreal match today, regardless of whether the royal got the La Liga title or not.

On the other hand, Villarreal, led by coach Unai Emery, is also seeking to win in light of the fierce competition with Real Sociedad and Real Betis to reserve two European League qualification cards next season.

The confrontation with Real Madrid will be the best preparation for Villarreal before the Manchester United competition next Wednesday in the European League final, which will qualify Villarreal to participate in the Champions League next season.