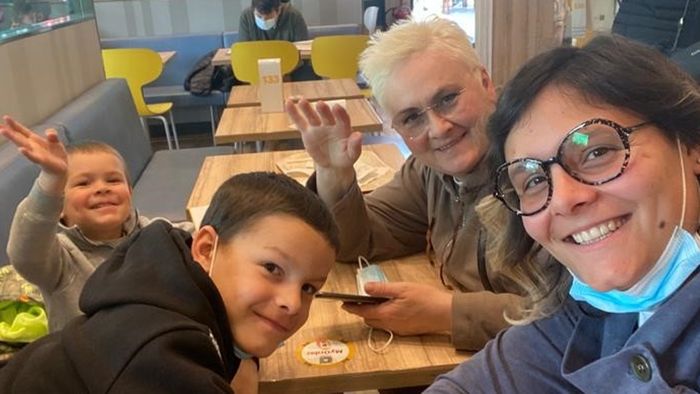 “When everything seems to go wrong – writes Henry Ford – remember that planes take off against the wind and not with the wind in your favor”.

But how do you manage to stay at a height in life when the circumstances all seem to be the opposite? “I learned to face one obstacle at a time – says Daniela Siccardi of Scanzorosciate – to savor the little joys of every day”. Since 2019 she has had two cancer diagnoses, first a melanoma then a breast lump.

He has had to face disabling treatments, many complications, the side effects of drugs, yet one can read great courage in his gaze as he shows his «Wounds of light», posing for the 2022 calendar of the «Melamici for melanoma» association.

There is Phaedra, a cheerful long-haired mixed breed puppy, who keeps us company while we chat in her living room, and never leaves her. «I adopted her a few weeks ago – she says with a smile – she is still getting used to the house. We take care of each other ». Daniela has two children, the younger Giordano is twenty years old and lives with her; Alice, the eldest, is married, lives not far away, in the same municipality, and has three children: “Two seven-year-old twins and a two-year-old baby. They bring a lot of joy into my life. ”

Daniela still has a sewing room in the house, which tells a lot about her: she spent a long part of her life among fabrics and patterns, working as a seamstress for various companies. «I continued as long as I could – she says with a hint of regret-. At one time I prepared the sample items, taking care of the realization of the clothes in every detail, starting from the patterns. Now I can’t anymore, my range of motion is limited, I can’t sit at the sewing machine for long without pain. Who knows, maybe things will improve in the future.

This is the worst renunciation caused by the disease, the one that weighs on me the most. This job is also my greatest passion ».

The disease presented itself in his life as a sudden gust of wind that forces the pilot of an airplane to make an emergency landing.

Speed ​​down, terraces please: neighborhood protest on Regentesseplein | the Hague