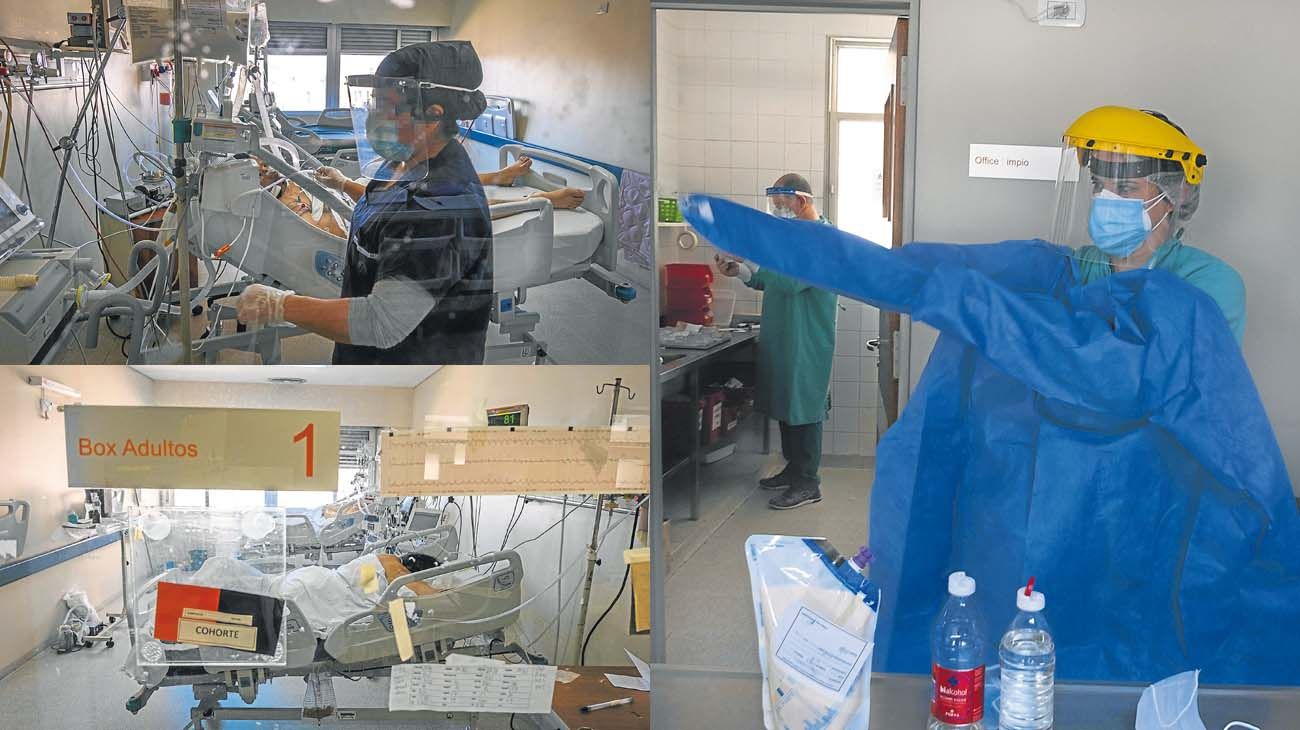 Argentines suffered this year the pandemic that frightened the world, the longest quarantine on the planet, attention deficit of non-communicable chronic diseases, psychological stress, deterioration of mental illnesses, economic injury and burnout in essential activities and mortality in health personnel.

The doctor’s day was commemorated with the mobilization and unemployment of the public hospitals of CABA and the death from sudden death in that march of the head of gynecology at the Ramos Mejía hospital. Definitely a December 3, 2020 to remember in the health environment of CABA.

This situation does not arise only in the government of CABA, it is much deeper and related to the deficiencies that are deepening in the Argentine health system in both the public and private sectors.

The crisis in the health sector has been brewing due to the inability to build State policies, no reform in this area will be the product of a single political administration, reforms in the health system begin and if a project is able to continue it takes several years to complete. To show the results, only a Law of parliamentary consensus could initiate this long-awaited, essential and postponed Reform of the Health System.

Health problems do not appear in national surveys in the first places of the claims of society, therefore the debate and the actions of governments are insufficient, economists often argue more about the increase in spending or its efficiency but not on the problems of caring for the population.

After the introduction of the Social Work Law has been discussed frequently and for a long time about the Health System in Argentina. Especially at the beginning of the democratic period in the government of Dr. Raul Alfonsín and as Dr. Aldo Neri minister of health, he managed to bring the National Health Insurance Law to the National Congress, unfortunately the political discussions were amputating many of its objectives .

The organization of the Social Work was undoubtedly an advance for the workers, However, the empowerment of the unions on financial management made them lose effectiveness and quality, and the equity and accessibility of those who have insurance provided by social works were also affected. Unfortunately, a clear and effective Law cannot be just a call for collaboration, it must regulate and prevent them from directly or indirectly taking over the financial management of social works.

Workers who finance social work with the withholding of their salary have very evident differences in their accessibility, equity, quality of service, due to salary levels, number of contributors and place of residence.

Doctors, to the limit: 80% say that exhaustion does not allow them to work well

We must consider that approximately 15 million people have their health care in hospitals and public facilities and there are clear differences in prevention, health care and access to medicine of those who are cared for in hospitals but do not have formal coverage. There are some examples of State Policies, in the health management in the Government of the City of Buenos Aires the Law of the Legislature of Porteña Health Coverage was implemented, voted unanimously, in December 2015 and on a population of approximately 500 One thousand people without formal coverage, it was possible to build a registry of almost 400 thousand affiliates, all with a reference GP, referral to more complex levels, an orderly transit in the City’s health system and access to essential outpatient medicine and treatments chronic diseases. This model of care began in 1996 with the Doctors of the Head program, it continued in all the efforts of different political signs and it was completed with a Law, which advanced to make CABA a city with Universal Health Coverage.

The concept of Communicating Vessels among the health financing subsectors is applied to this CABA design, patients can have their coverage in a Social Work or Prepaid or PAMI, if they do not have any, they can choose to enroll in Porteña Health Coverage ( CoPS) ​​always funded by the State.

But a beneficiary who gets a social work because he gets a formal job, then leaves the CoPS and joins the corresponding Social Work. That is Obtaining medical coverage and access to medicine are separated from the employment situation and the retention of the individual’s salary, this is universal health coverage.

With the development of each of the health subsectors and the different origin of the funds, trying to unite them in a single box that constitutes a national insurance was a plan that we supported in the 1980s. However, it cannot be ignored this health and financing structure and that a strategy to disarm this design will take years in discussions of the interests of the different subsectors and the necessary parliamentary majority would not be achieved to produce this utopian design today. But it also needs social consensus, who can argue today that a National Insurance with a single box managed by the State would be more efficient and equitable than supporting the different subsectors.

Another alternative, is to support the design of the subsectors, as effectors of Universal Health Coverage, where through Laws, decrees and resolutions the health care model is defined, The mechanisms of equality, equity and articulation between the different subsectors, where the State financially assists the deficiencies and the public sector, is shown as the most appropriate strategy to achieve consensus and the essential State Policy.

We must discuss the financing model but also the care model that must be common to all coverage. Thinking about financing without previously defining the model is like trying to manufacture a manufactured product without knowing its inputs and procedures.

This model should consider the following points

❖ Strengthening of the first level.

❖ Creation of a network of promotion agents.

❖ Integration of the Health Network

For the actions to be introduced in the health administration, all the powers of the State are involved in achieving the objectives and improving the health system and those that need specific laws, decrees or resolutions will be studied and the following considerations should be included:

1-Build State policies. It is not possible to generate changes in health in a single government administration. What cannot be established with technical and political consensus in a Law has high chances of not obtaining the expected objectives. Health officials who give continuity to the reforms established by law. Achieve an interdisciplinary team with a “professional career” that defines the competitions to occupy the leadership and plant positions, where only the changes correspond to political officials.

It will not be the last pandemic and without a doubt that of SARS COV 2, it showed the deficiencies of the system and the effort of human health resources

2-Health budgets of the Nation and Provinces, will establish its updating mechanism for the entire period for which that government was elected, following a pre-established index. Transfers of national funds to the provinces cannot be more than thirty days in arrears and will be made directly to a special account at the provincial Ministry of Health. For cases of corruption in the administration of health resources that receive sentences must be established aggravating, this includes the public and private administration.

3-The medication that is defined as essential by the Technological Assessment Agency It will have prices regulated by the National State and will be considered a Social Good. All public and private Health Coverages depend on the Superintendency of Health Services (SSS) where the mechanisms for reporting arrears and billing supervision will be established, which will always be using computer templates.

4-The provinces whose budgets are lower than the average of the provincial budgets must plan their increase and the years of government necessary to establish a health budget adequate to the needs and deficiencies.

5-Quality of Care and PMO parameters will be established, which will be defined by the Technological Evaluation Agency, of urgent creation whose project was sent for the first time in 2016 and is still under discussion in the Senate of the Nation and did not achieve its treatment.

6- modernize and digitize its management, from the single national medical record to financial resources in transparent processes. It will not be the last pandemic and without a doubt that of SARS COV 2, showed the shortcomings of the system and the effort of human health resources. It is expected that as a secondary effect, in this beneficial opportunity, society and politics as a whole without partisan differences, will be sufficiently sensitized to start the process of construction of State policies that in this opportunity on the sectoral interests the so much is achieved. longed for, essential and Postponed Reform of the Health System.

*Former Secretary of Health of the Nation.