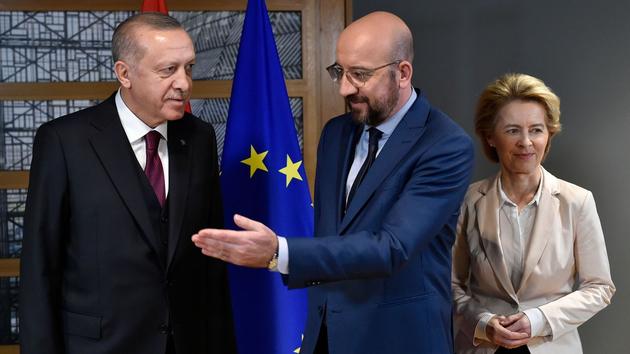 Against a backdrop of tensions at the Union’s external borders, the President of the European Commission, Ursula von der Leyen, and the President of the European Council, Charles Michel, welcomed Recep Tayyip Erdogan to Brussels on Monday evening. As they have been doing since February 28 and the Turkish decision not to stop or even encourage migrants to cross its borders with Europe, Europeans maintain a firm tone.

The visit to Brussels, which follows that of Charles Michel in Ankara last week, is “The resumption of a dialogue, the revival of common speech”, says the President of the European Commission. “There will certainly be more discussions over the next few days and weeks”, warns Mrs von der Leyen, who adds that the objective is “At best, the development of a common roadmap”.

While the meeting was still underway in the early evening, the message from European leaders has not changed since

This article is for subscribers only. You still have 77% to discover.