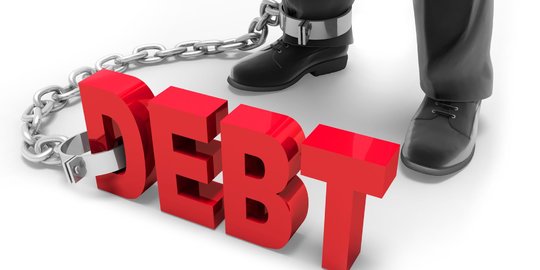 Merdeka.com – Senior Economist of the Institute for Development of Economics and Finance (Indef) Didik J. Rachbini noted that the debt in the era of President Joko Widodo or Jokowi increased by 150 percent. This debt is an accumulation of debts from the era of President Susilo Bambang Yudhoyono (SBY) IDR 2,700 trillion, President Jokowi’s debt to date is IDR 6,336 trillion.

Didik continued, this debt has not been combined with BUMN debt which is also classified as very large. Where, up to now, BUMN debt has reached approximately Rp. 2,100 trillion, so in total it is around Rp. 8,000 trillion.

“This does not include the legacy of BUMN debt that has not been calculated. BUMN debt has increased rapidly beyond savings and deposits of Rp. 2,100 trillion. If you add to the current debt, Jokowi will be left with Rp. 8,000 trillion in debt. This is a great achievement,” he explained.

Didik added that entering the second period, President Jokowi’s administration was less responsible for debt management. Likewise with the House of Representatives (DPR) which is considered not to provide much criticism of the increase in debt.

“Why does the DPR not move because the executive power has moved to the legislature. The DPR is like the New Order era. The temporary conclusion is that the debt is very large,” he said.

Institute for Development of Economics and Finance (Indef) researcher Dzulfian Syafrian, revealed the differences in public debt during the era of President Susilo Bambang Yudhoyono (SBY) and President Joko Widodo Jokowi. The significant difference lies in the origin of the debt withdrawal.

“Based on CEIC data, Pak SBY tends to be balanced between foreign debt and domestic debt. Meanwhile, Pak Jokowi tends to rely on domestic debt,” he said in an online discussion, Jakarta, Wednesday (24/3).

Dzulfian continued, Jokowi’s policy is to rely on domestic debt because it is more acceptable to the public than foreign debt. This is because the sentiment to attract debt from abroad will create quite a turmoil.

“Because it takes advantage of the nationalism of the Indonesian people. If it smells foreign it is rather reluctant. Domestic issues are heroic,” he explained.

In fact, usually in the context of debt, taking domestic debt has a relatively higher interest rate than foreign debt. This is also considered to be detrimental to state and public finances. The accumulated debt will result in tax increases in the future. Where, the younger generation or millennials will become victims of today’s debt payments.

“This is a matter of time. The increased tax means that the money in our wallets is running low and goes to the finance ministry’s wallet. This means that our consumption and savings are reduced. This must be remembered,” said Dzulfian.

Then how much is the SOE’s foreign debt?

Deniey Purwanto, a researcher at the Center of Macroeconomics and Finance, Institute for Development of Economics and Finance (INDEF), noted that up to the third quarter of 2020, State-Owned Enterprises’ External Debt (ULN) in the financial and non-financial sectors was almost IDR 1,000 trillion or reached IDR 996 trillion. He said that in recent years BUMN debt has shown a quite rapid trend of increasing.

Debt in the financial sector is in the position of 23.44 percent. This figure is higher when compared to 2017 which was at 0.10 percent. Meanwhile, non-financial BUMN external debt was recorded at 41.64 percent in 2018. This number was higher than in the previous period, namely 5.14 percent.

However, said Deniey, BUMN external debt was recorded to experience a significant decline in 2020. During that period, state-owned debt only stood at 10.5 percent for financial institutions. Meanwhile, non-finance was only recorded at 12.99 percent.

On the other hand, if a comparison is made between the external debt of financial and non-financial SOEs, the most foreign debt absorbed is BUMN with a core business or infrastructure core business. This is related to the assignment from the government.

“Since 2018, the debt of non-financial SOEs has increased much more rapidly than non-financial institutions. This is also related to assignments, infrastructure development in Indonesia,” said Deniey.

Thousands of Trillions in Debt but Small BUMN Profits

Institute for Development of Economic and Finance (Indef) senior economist Didik J Rachbini criticized the swelling debt of State-Owned Enterprises (BUMN) which reached thousands of trillions Rupiah. Sadly, the debt is not comparable to the profits paid by BUMN to the state.

“Now this BUMN is handing over its profits to the government, the debt is thousands of trillions, the profits are as small as the deposit,” Didik said in an online discussion, Jakarta, Wednesday (24/3).

“So I think this BUMN is a necessary and unnecessary animal. It is needed because it executes economic activities, but the debt burden is very large,” he said.

Not to mention, said Didik, currently there are many state-owned companies that are losing money and have a lot of debt. Some of them are PT Garuda Indonesia and PT Krakatau Steel.

“Already a lot of debts, breastfeeding to the state budget, the deposits to the small state budget, the largest BRI Rp. 11 trillion, the remaining only Rp. 100-200 billion. Losing a lot and becoming a burden to the state. So this BUMN is now a heavyweight burden, this must be considered in returning the decision, “he explained.

Didik added, BUMN is also included in the origin of taking the project without considering the influence on the company’s finances going forward. This causes BUMN to have a huge pile of debt.

“So now BUMN is a pile of debts, very much. If the BUMN is given a mandate, just play the case, the risk is the latter. We are just getting ready for the next president to receive a huge pile of debt, “he said.

Institute for Development of Economics and Finance (Indef) researcher Deniey A Purwanto said PT Adhi Karya (Persero) Tbk needed serious attention. Because, the debt has exceeded the fair limit or a red light.

This can be seen from the debt to equity (DER) ratio of Adhi Karya, which has a higher number than other BUMNs. Meanwhile, Adhi Karya’s DER reached 5.76 times.

“So the debt is 5.76 times its equity. This is actually a red light to immediately restructure the debt at BUMN Karya,” Deniey said in an online discussion, Jakarta, Wednesday (24/3).

If you look at the debt side of the 4 BUMN Karya which will be restructured, Deniey said, other BUMNs such as PT Waskita Karya (Persero) have a different composition. Waskita Karya tends to have long-term debt.

However, as conveyed by the Ministry of Finance, there are some BUMN works that are approaching and some are exceeding reasonable limits. The DER of Waskita Karya was 3.42 times, PT PP (Persero) Tbk was 2.81 times and PT Wijaya Karya (Persero) Tbk was 2.70 times.

“But what needs to be noted is that the Ministry of Finance has also mentioned this. Even for BUMN, some of these works have almost reached that level at least, or have already passed several reasonable limits when viewed from the debt-to-equity ratio, the safe limit,” he said. [idr]