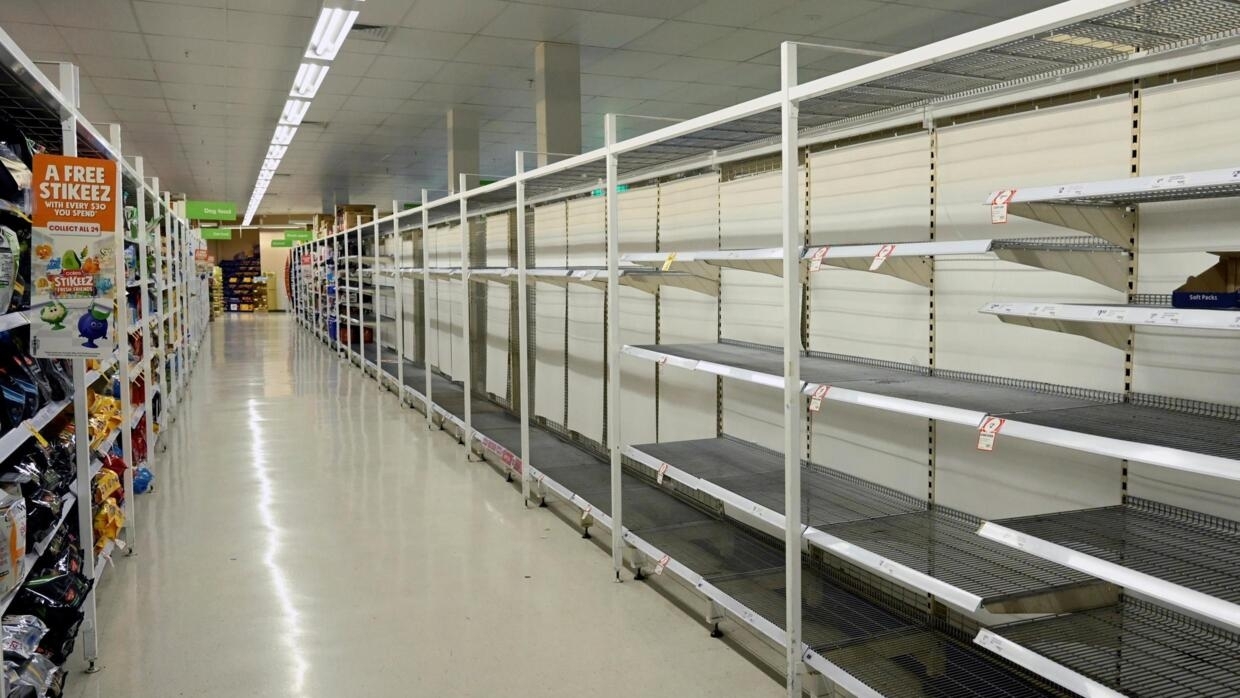 According to an OpinionWay survey for France 2, 42% of French people say they are “fairly worried” including 10% “very worried” about the coronavirus. Supermarket shelves of essential goods have been emptied by customers worried about the progression of the epidemic. Can the fear of contamination be more contagious than the epidemic itself? Elements of response with Sylvain Delouvée, psychosociologist and lecturer at the University of Rennes.

RFI : Is the fear of an epidemic which decimates the population inherent in the human being ?

Sylvain Delouvée : It is essentially a social construct, the fear of the epidemic is not innate in humans. It is built in interactions and in the face of the different epidemics that we have faced in history. And each time faced with new diseases that appear. With the coronavirus, as before with AIDS or even before with the plague, we are initially confronted with an object that we do not know and that we do not control. Before we learn more about this disease, we need to know how to react. So we need to make a representation of this disease.

Is this representation mainly based on everyone’s beliefs ?

Exactly. Except that what one has in oneself personally is often less important than what one has in oneself collectively, from a social group to which one belongs. It is less you personally who will react to this epidemic than you as a man, than you as a master in biological sciences for example. Your prior knowledge is not just individual knowledge. It is often knowledge or practices that are linked to your membership of specific social groups.

Can the information delivered to the public by the media also be a vector of collective panic ?

It’s a vicious circle. As soon as such an epidemic is approaching, journalists will inevitably mention it. From the moment they mention it, they make it more accessible to the general public. From the moment the general public is more aware, it becomes more interested. So journalists are working more on the subject and learning more. I don’t think journalists create panic. Like citizens, journalists are caught in a general movement in the face of an epidemic, and seek to reassure themselves, that is to say to understand it. To reassure themselves, everyone will try to get information from right to left, journalists will do their job of information. Depending on the type of media, more or less objectively, but always with a professional journalist methodology.

What is the share of magic thought in the feeling of fear in the face of the epidemic ?

It must be realized that this is not so much a collective fear as an individual one. If I’m afraid for myself or my loved ones of catching the disease, I’m not afraid for strangers. I’m not afraid that all of France will catch this or that disease, I’m afraid that it will affect me. As we are afraid, we will develop a whole series of behaviors which are related to what we call magic thought or superstitious thought. Superstition, even if you don’t really believe it, you think it costs a lot to track behavior. This fear of contagion is both very old and also very culturally rooted. An American psychologist, Paul Rozyn, who has been working on the fear of contagion for several decades, has done a study where he presents participants with a bottle of water in which he will plunge a dead and sterilized cockroach. He immerses the cockroach in water and asks people to drink from the bottle. Practically everyone refuses, because practically everyone thinks that this cockroach, although sterilized, will give a taste to the water or contaminate it. While by immersing a sterilized strawberry in water, everyone will accept to drink and may even think that the water tastes good!

It is still fear more than the health concern that pushes everyone to follow instructions such as washing their hands 20 times a day ?

Yes, and it is even by perception of this fear, it is not necessarily that the threat is real. If you live at the bottom of the Creuse, for example, the threat is currently very very limited. But this is the subjective risk, the idea that one has of being able to be contaminated. So you will wash your hands using hydroalcoholic solutions. I worked a few weeks ago, before the epidemic, with the Rennes University Hospital on the use of hydroalcoholic solutions in adolescents, because we had noticed that they bought this type of gel on the internet without really paying attention to elements that made up the gels. So they used gels that were not suitable, while believing to reduce the spread of germs. We did a whole series of interviews with young people to try to understand their representation, and they explained that they actually preferred to wash their hands with soap and water, because they felt that in this way the germs disappeared in the draining water. Rather than using a hydroalcoholic solution, because they thought that once the germs were killed, the germs remained on their hands. And so it seemed very strange to them to keep lots of dead germs on their hands. Since, with the coronavirus, we see the explosion of gel purchases, everyone has understood that this can have beneficial effects on the spread of a number of diseases.

The idea of ​​moving to stage 3 of the epidemic is understood by many to be an aggravation, a mutation of the virus, when it is primarily a question of the circulation of the latter. Does the fear of a possible transition to stage 3 contribute to increasing collective fear ?

I think that all the elements of fear, of beliefs that are put in place around the coronavirus, will multiply if you go to stage 3. Because most of the population has no knowledge in epidemiology. Even if indeed a good number of journalists and media at the moment try to explain what these stadiums are and what they correspond to. In stage 3, it is no longer a question of containing the epidemic, but of treating it, because there are so many epidemic foci developed that it can no longer be contained. Therefore, all means will be directed to rescue centers and hospitals. However for the general public, we are going to be in a case where we explain to him that we are going to a stage 3 so with the image, the representation that it must be even more serious. The protective measures put in place, such as first banning gatherings of more than 5,000 people, then 1,000, suggest that this is even more serious. And in stage 3, we are going to say that it does not matter, anyone can get together and now, we are going to put the money in hospitals. There, on the contrary, we risk having another form of collective panic which will perhaps be based on beliefs of the conspiratorial type, by saying for example that the government is in the pay of the pharmaceutical lobbies and of the big industry, and that’s why the government is giving money to create a hypothetical vaccine. Or it may also be an even greater distrust of public authorities, people will wonder what is playing this government who explains that the situation is even more serious while on the ground we see much less things, etc., etc. If the classification by stage is relevant for epidemiologists or for the public authorities, for Mr. and Mrs. Everyone I fear that it is very misunderstood.

► Sylvain Delouvée is the co-author of “Peurs collectives”, with Patrick Rateau and Michel-Louis Rouquette (Érès editions)

► Can fear of the coronavirus worsen the infection ?

With her team, Sophie Ugolini, Inserm research director at the Marseille-Luminy Center for Immunology (Inserm / CNRS / Aix-Marseille University), demonstrated the link between psychological stress and the reduction of immune defenses.

RFI : You have shown that in the event of infection, stress is biologically associated with a reduced efficiency of the immune system, what do you think about coronavirus ?

Sophie Ugolini : What we have demonstrated, in a context of model viral infection, is that indeed the production of stress hormones can influence the antiviral immune response by making it less effective in eliminating the virus, and could therefore worsen the symptoms viral pathology. Compared to the coronavirus, there is no reason to think that it is different, but for the moment there is no study which shows it. It may be being analyzed or it will be analyzed a posteriori. It’s not super easy to address, because you should be able to objectify the stress. Because there is stress which will be translated by what people will say, and there is stress measured on a biological level and for that, we would have to measure the production of these hormones in the blood. What presupposes a biological monitoring and a certain infrastructure, it is necessary to put the means. And have a number of individuals to have a fairly powerful statistical analysis.

Do stress hormones actually affect contamination or the degree of infection ?

Once the virus has entered the body, it will replicate, multiply, and there will be an immune response that will set up to eliminate it. It is the individual’s ability to defend themselves against the virus. This is what stress hormones can play on, not contamination itself. There are people who are infected, but who are asymptomatic. This means that the virus has returned but has been stopped. The action of stress is to change the location of the cursor for the severity of the disease. An infected person but not at all stressed versus a person infected with the same virus inocula and who secretes a lot of stress hormones, this last person will be more likely to develop a severe form of the virus.

Can this less effective antiviral immune response due to stress apply to everyone ?

Our study was done in mice. It has been identified that certain stress hormone receptors, particularly adrenaline, can have a negative impact on the immune response. From the moment these hormones are produced, we can assume that this will affect immunity and therefore may reduce the immune system. In some people very psychologically impacted by the fear of being affected by this infection, we can imagine that it could have a negative effect on their defenses. I say it’s in some people, because these hormones have to be produced in a meaningful way for them to work. People can live with this harmlessly without being impacted. While other people who are much more stressed will be more likely to produce these hormones. The impact in terms of psychological stress and therefore production of these hormones is very variable depending on the individual.

Our selection on SARS-CoV-2 coronavirus