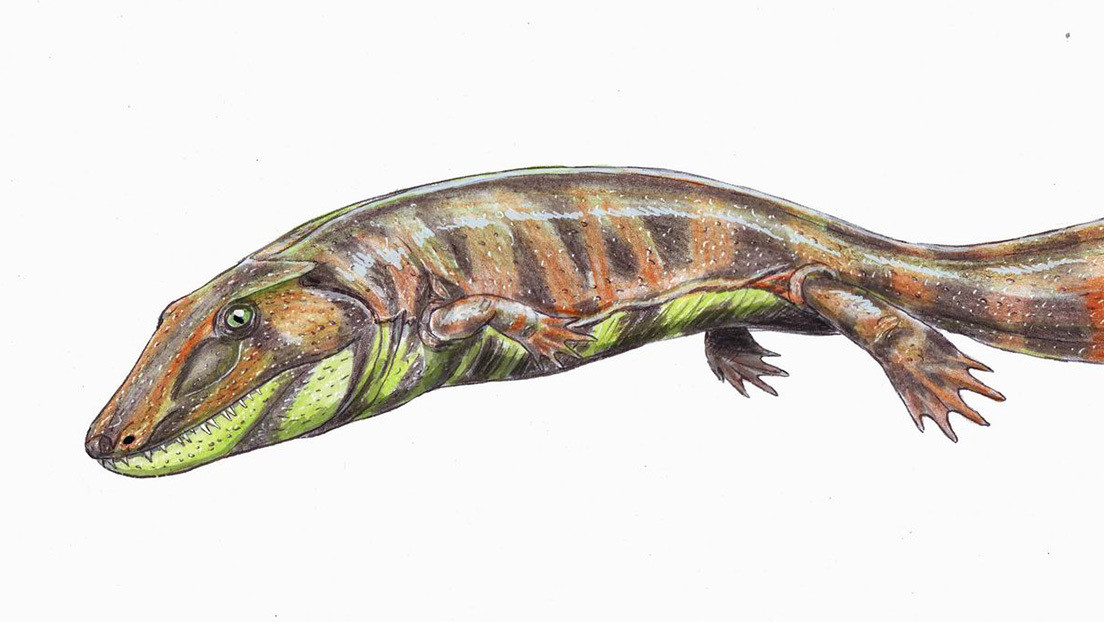 The Elpistostege is believed to be an evolutionary link between aquatic animals and four-legged land vertebrates.

A team of Australian and Canadian paleontologists has discovered a 380 million-year-old fish fossil in Miguasha National Park (Quebec, Canada) that provides new clues to the transition between fish and early land animals and about how the human hand evolved, according a study published this week in the journal Nature.

The researchers discovered the most complete specimen to date of an animal known as Elpistostege, believed to be an evolutionary link between aquatic animals and four-legged terrestrial vertebrates or tetrapods. They note that this transition occurred as the fish began to enter shallow water until they settled on firm ground.

The fossil of the fish is 1.57 meters long, it has the complete skeleton of its arm or pectoral fin, being the first time that these characteristics are observed in an Elpistostege, collect the Eurekalert portal. Scientists performed high-energy CT scans of the pectoral fin skeleton and discovered the presence of a humerus (arm), radius and ulna (forearm), carpal bones (wrist) and phalanges (fingers).

“Fin-jointed fingers are like the finger bones found in the hands of most animals,” says John Long, one of the study’s authors, and explains that the work “reveals extraordinary new information about the evolution of the vertebrate hand “.

“The vertebrate hand pattern initially developed deep down the evolutionary scale, just before the fish came out of the water,” he adds.

For his part, Richard Cloutier, co-author of the study, points out that during the last decade, the most recent fossils showing the transition from fish to tetrapods have helped to better understand the anatomical transformations regarding the breathing, hearing and feeding of these beings as they changed their habitat.

“The origin of the fingers is related to the development of the ability of fish to support their weight in shallow water or for short land trips. Increasing the number of small spines on the fin allows more planes of flexibility to extend its weight through the fin, “explains Cloutier.

Experts point out that the Elpistostege “is not necessarily our ancestor,” but is currently the closest thing to a “transition fossil” between fish and tetrapods. It is known that the Elpistostege was the largest predator in shallow waters, it had sharp fangs, so it could have fed on other larger fish, now extinct, that were found fossilized in the same area.