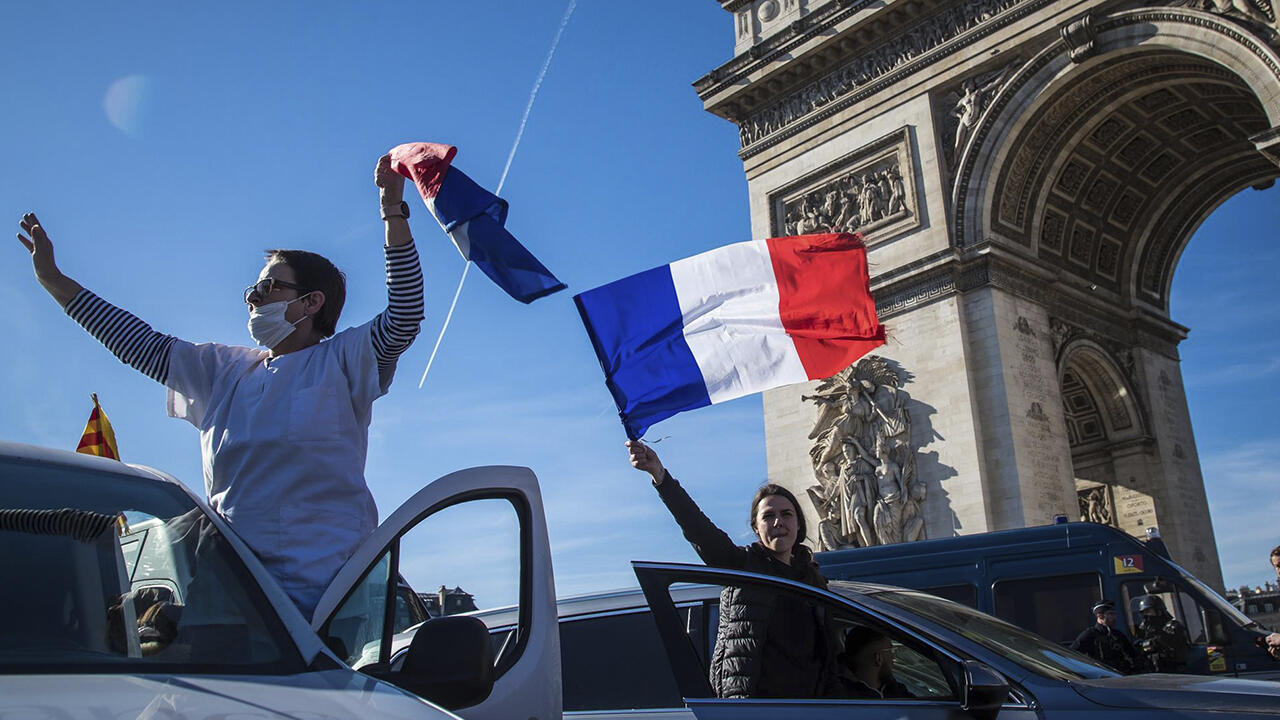 The protest against the restrictions of the Covid-19 that was born in Canada, reached the French capital despite the fact that the authorities expressly affirmed its prohibition. Hundreds of protesters reached the Arc de Triomphe and took over the Champs-Elysées avenue, forcing the police to use tear gas. Meanwhile, in the Netherlands, dozens of trucks blocked the center of The Hague.

This Saturday Paris woke up with the agglomeration of protesters in the streets of the capital, forming the French version of the “Freedom Convoy”, the Canadian protest method that was replicated in different cities around the world in the last days of this week.

Despite the fact that the authorities expressly prohibited it, hundreds of civilians crossed the controls and managed to reach the heart of Paris to surround the mythical Arc de Triomphe monument to express their rejection of the Covid-19 restrictions. The criticism falls especially on the vaccination pass that the Government requires to be able to access places such as restaurants.

Waving the national flag and honking their horns loudly, drivers of trucks, cars and motorcycles formed a caravan that slowed traffic. In order to avoid security checkpoints, some convoys took alternative local roads instead of the main highways towards Paris.

To disperse the people, the French police had to use tear gas against the demonstrators on the Avenue des Champs-Élysées. The security forces asked the protesters to free the roundabout at the top of the avenue. They previously intercepted at least 500 vehicles that sought to enter the French capital.

Through Twitter, the police, who deployed around 7,000 units to contain the weekend protests, reported that they prevented the entry of transport that was heading through key arteries of Paris.

They also arrested five civilians who possessed slingshots, hammers, knives and gas masks, and issued tickets to more than 200 motorists. To prepare to mitigate the Freedom Convoy, the police set up checkpoints, mobilized armored vehicles and water cannons.

This demonstration, which does not have a person or front to lead it, is an expression that occurs at a time when the protests against the restrictive measures of the Executive have diminished.

Through an open letter they asked for their freedom lost two years ago to be returned, for vaccination to be abandoned and for pharmacological research to be created. They also demand that the health bodies fired for not wanting to be inoculated be reinstated.

The Government of Emmanuel Macron has as a priority, less than two months before the presidential elections, to prevent this concentration from evolving on a large scale as happened with the “yellow vests” of 2018 that gave rise to major clashes in the French streets.

“Freedom Convoy” in the Netherlands

This Saturday also began carrier blockades against the restrictions of the pandemic in the center of The Hague. Dozens of heavy vehicles of different categories -containers, vans, tourism- arrived in the Dutch administrative capital.

The objective is to protest the anticovid measures that the Government implemented, such as the mandatory use of masks and the health passport. The protesters are scheduled to spend the day around the Binnenhof, the building complex where the prime minister’s office is located.

The Hague City Council asked those present to park their vehicles outside the center because the streets are not suitable for heavy traffic. In addition, they warned that “action will be taken against those who ignore police instructions and violate traffic regulations.” At the moment, the roads to the city center of the Netherlands are completely paralyzed.

With EFE and Reuters