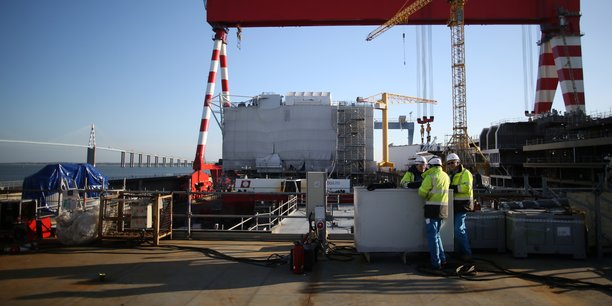 The French government has granted the Italian Fincantieri a fifth extension, of one month, to finalize the takeover of Chantiers de l’Atlantique, the Ministry of the Economy announced on Wednesday, while the offer expired at the end of 2020.

“The French government is proposing to Fincantieri the extension of the sale and purchase agreement for a further period of one month”, according to a message from the ministry received by AFP.

The European Commission is demanding information from Fincantieri in the context of an investigation into the impact of the sale on competition in the shipbuilding sector, while the Italian company claims that it has already done everything it can it must and can do for this acquisition.

Read also: Fincantieri subcontractors in the sights of the Italian police

To justify the new deadline, the French ministry argues that “given the Covid-19 crisis which has strongly affected cruise activity, it was decided to suspend the work of the Commission in the spring”.

Too “the prolongation of the economic crisis and the lack of visibility of the cruise industry make[-ils] complex the study by the Commission of the file “, according to the ministry.

This new deadline must “allow the Commission to finalize its investigation and Fincantieri to answer the last questions asked by the Commission”, according to Bercy.

Asked by AFP on Monday, Fincantieri had indicated he could not “do more”.

Since the bankruptcy of the South Korean parent company of Chantiers, the Saint-Nazaire company, specializing in liners and large military vessels, has been owned by the French State (84.3% of the capital), Naval Group (11.7%), employees (2.4%) and local companies (1.6%).

Since 2017, a proposed sale provides for Fincantieri to hold 50% of the capital, plus an additional 1% loaned by the French State – which reserves the right to take it back if the Italian group does not respect its commitments.

The file is strategic, the construction sector of large cruise ships still being a European preserve in the face of competition from Asia. Three sites share the market: Chantiers de l’Atlantique, Fincantieri and the German Meyer Werft.

However, an alliance forged between the Italian company and the Chinese CSCC to build liners raises fears that the wolf will enter the fold.

The unions of the Chantiers de l’Atlantique, the PS mayor of Saint-Nazaire David Samzun, the PS president of the departmental council of Loire Atlantique Philippe Grosvalet and the president LR of the Pays de la Loire region Christelle Morançais are opposed to the sale to Fincantieri .

Coronavirus: No effect of lockdown visible yet

Call of Duty – Black Ops Cold War: Did you get this game as a gift? Discover our walkthrough – News