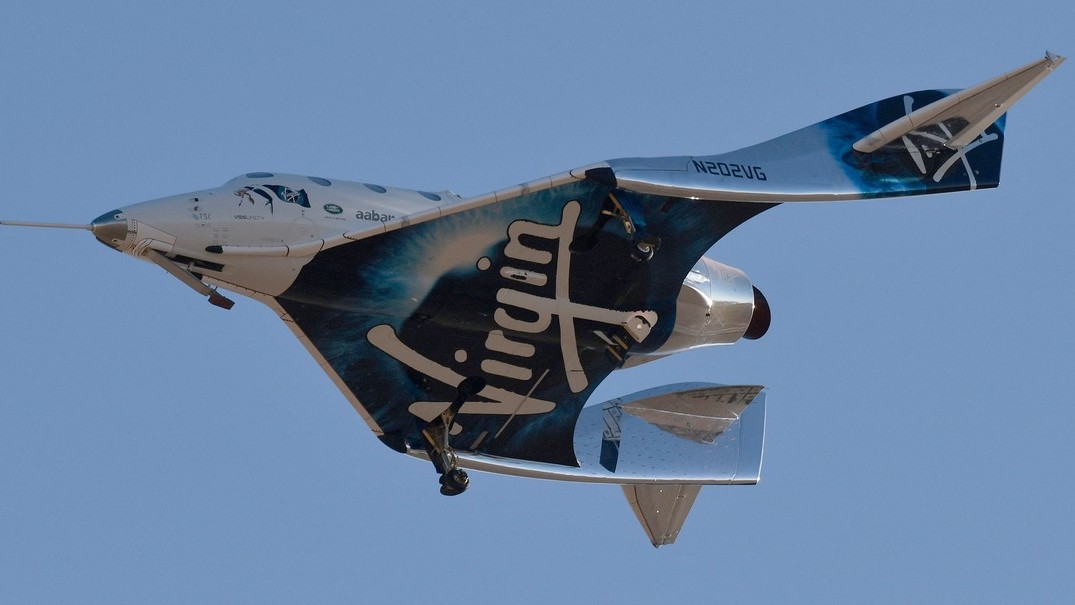 Tourist trips to the suborbital track have come significantly closer. The Virgin Galactic aircraft reached a height of almost ninety kilometers at the weekend.

The rocket plane called Unity and pilots Dave MacKay and Frederick Sturckow first carried the mother ship Eve to a height of thirteen kilometers. There, the machine disengaged, ignited the rocket engines and ascended the edge of space over the US state of New Mexico, to a height of 89 kilometers. (So ​​far, Unity has reached a height of 82.7 kilometers.)

Space is too good not to share. Our proof is in the incredible views of Earth aboard #Unity21.

During the test, which copied the trajectory of future passenger flights, the aircraft reached three times the supersonic speed and eventually returned to the ground in a gliding flight.

It was the first of three test flights, at the end of which the company should receive a license from the Federal Aviation Administration for flights to the suborbital runway with tourists.

During the next flight, four Virgin Galactic employees will join the pair of pilots. Their task will be to describe the feelings that paying passengers will experience later. Richard Branson, the company’s founder, wants to take part in the third test flight. The following video can tell a lot about their experience.

The first commercial flight to the edge of space should take place later this year. So far, six hundred people have bought tickets aboard a rocket plane, which will allow them to look into space and experience a few minutes of weightlessness.

“Our wish is for those who fly into space with us to gain new insights and ideas that will bring positive changes to our planet,” Branson said of the purpose of the project.

The company described the test flight as problem-free.

Unity suspended under the wing of the mother “catamaran” Eve. | source: Profimedia

The Virgin Galactic project has been delayed for several years. They were stopped by the crash of the first Branson spacecraft Enterprise in 2014. The ship disintegrated shortly after launch. The chief pilot then suffered serious injuries, the copilot died.

However, investors did not lose Virgin Galactic. In 2019, for example, Boeing invested $ 20 million.

After a successful Saturday flight, the company’s shares jumped on the New York Stock Exchange by an unprecedented 25.7 percent.