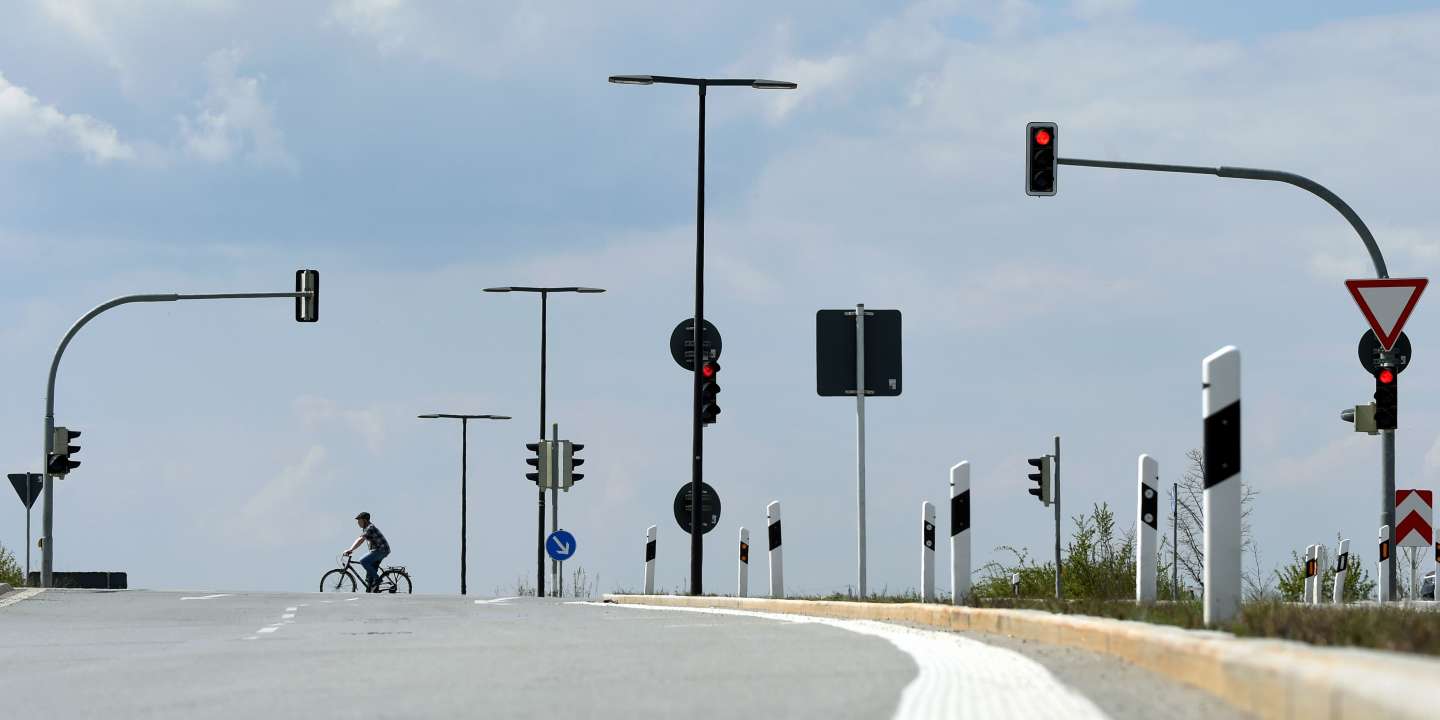 The correspondent of World in Berlin, Thomas Wieder, answered our questions on Monday, April 13, to your questions on the development and management of the health crisis in Germany.

According to the count given this morning by the Robert-Koch Institute of Public Health, the epidemic has killed 2,799 people in Germany, indeed much less than in the United Kingdom (about 11,000), than in France ( 14,000), than in Spain (17,000) or in Italy (20,000). As for the case fatality rate (i.e. the number of deaths compared to the number of identified cases), it was much lower in Germany than elsewhere at the start of the epidemic, but it has not very close since that of other countries.

There are several explanations for this lower mortality, including screening. Indeed, it was more massive and earlier than in many other countries (even if we stay far from the level of South Korea). This made it possible to identify people infected early enough – and in particular asymptomatic carriers – and therefore to carry out isolation measures which undoubtedly prevented the virus from spreading too quickly, especially in the elderly. Because this is one of the important differences with other countries: the average age of people tested positive for Covid-19 in Germany is relatively low: around 49 years (in Italy and France, it is around 62 years). For comparison: 17% of people who contracted the virus in Germany are over 70 years old, compared to 36% in Italy.

Rv46: How to explain the difference in the number of deaths between France and Germany, from simple to triple? Is this due to the choice of methods of controlling the spread of the virus? Is it their health system?

When you look at the spread maps of the epidemic in Germany, you can see relative consistency from the start. Today about 80,000 of the 123,000 cases reported nationwide are concentrated in three Länder (Bavaria, Baden-Württemberg and North Rhine-Westphalia), and within these Länder, in some cantons where the concentration of isolated people is high.

This stability is a clue, because in some of these areas there were fairly early and fairly strict containment rules, which we can assume that they helped limit the spread of the virus, or at least contain its spread. geographically. I am thinking in particular of Bavaria, the first of the sixteen Länder to have introduced restrictions on leaving the home, which are moreover more restrictive than elsewhere.

Soizic 22: What provisions were adopted in Germany that allowed this country to escape the disaster? More tests, masks, beds? Isolation of the sick?

I have already partially answered the question of testing and isolation. So I will answer you more specifically about the masks and beds. Regarding masks, there are also shortage problems, quite comparable to those observed in France, with the difference that there has not been, in Germany, a controversy over the fate of stocks in recent years. Today, the Germans continue to lack masks and protective suits, although the situation appears to have improved somewhat.

As for masks, there is the question of their compulsory wearing as elsewhere when the time comes to deconfinement. For now, it is only mandatory in one city: Jena, Thuringia.

Germany has around thirty-three intensive care beds per 100,000 people, while Italy has twelve, France eleven and Spain around ten. That said, this difference only partially explains the lower death toll in Germany. As I said, one of the things that seems to differentiate Germany from other countries like Italy is, at the moment, the lowest proportion of elderly people who are infected. If you have fewer people at risk who are infected, it makes sense that there will be fewer deaths.

German by heart: Could you tell us what the situation is in the various Länder?

Since the beginning, the epidemic has been in three Länder in the west of the country, North Rhine-Westphalia (Cologne, Düsseldorf…), Baden-Württemberg (Stuttgart) and Bavaria (Munich). is the most active. About 2,000 of the 2,800 deaths in Germany have been recorded in these three regions, which concentrate just under half of the country’s population. Especially for Bavaria and Baden-Württemberg, these are the richest regions of the country (in this sense there are analogies with Lombardy, in Italy), but also very dense regions (this is mainly true for the North Rhine-Westphalia).

Article reserved for our subscribers Read also Coronavirus: these German groups who want to pay dividends, despite partial unemployment

Conversely, the east of the country is still much less affected. This was explained from the start by the fact that the population densities there are lower and that the inhabitants circulate there rather less than elsewhere. Of the six largest international airports in Germany, five are in former West Germany.

As of the end of last week, there were around 2,300 patients in intensive care units in Germany. 78% of them were equipped with an artificial respirator. Of the total number of intensive care beds, about 40% were free last Thursday.

Polo: There have been criticisms in France of long, centralized decision-making chains, which create ridiculous situations. Has the much more centralized German system found it difficult to respond more locally to this pandemic?

I think you wanted to write that the German system is “Much less centralized”. And indeed, it is. At this stage, however, I would be careful not to take stock. At first, German federalism was rather criticized because of the delays it implies in terms of decision-making. For example, Sunday March 8, when the French Minister of Health, Olivier Véran, announced that “All gatherings of 1,000 people [étaie]are now prohibited “, his German counterpart, Jens Spahn, only said on the same day that he “Recommended” the same measure. Why ? Because constitutionally the federal government has no power to decide to ban rallies: it is a decision that must be made by the Länder. As a result, in some Länder, such as Berlin, it took almost four days for the “Recommendation” of the federal government be adopted by regional authorities…

Since then, things have been better coordinated, and there has been a general harmonization of decisions. Where federalism is sometimes highlighted in its positive side, it is on the question of hospitals, clinics and laboratories: health being an essentially regional competence, the richest regions have a rate of equipment very high in the matter. They are also, for the moment, among the most affected by the epidemic, such as Bavaria and Baden-Württemberg.

Cesagre: Certain containment measures taken by the federal government have been deemed unconstitutional (no longer receiving people at home, prohibition on the assembly of more than two people). Can you tell us more?

To be precise, these measures were not “Judged” unconstitutional by the Federal Constitutional Court. On the other hand, certain jurists consider that they are. I am thinking for example of the lawyer Niko Härting, honorary professor at the Hochschule für Wirtschaft und Recht [université d’économie et de droit], in Berlin, who expressed himself in this sense in the Spiegel a few days ago.

Be that as it may, this debate exists in Germany, because from the outset, many lawyers – whose place in German society is central – take great care to respect public freedoms, and in particular that the measures taken to combat the spread of the epidemic did not upset the institutional balance. This is why, moreover, the federal government has never mentioned the possibility of resorting to a state of emergency, which the Basic Law would allow it, and which would have the effect of limiting the power of Länder and centralize decisions.

Article reserved for our subscribers Read also Coronavirus: how Angela Merkel is trying to learn from the euro crisis

But here we are touching on something very sensitive in Germany, linked to the history and political culture of the country, where the idea of ​​the concentration of power still arouses great suspicion. As such, I think that the exceptional popularity that Angela Merkel enjoys today (around 80% of favorable opinions) is partly linked to her government’s respect, until now, for the traditional balance of power between the Federal State and the Länder.

Fruit of the volcano