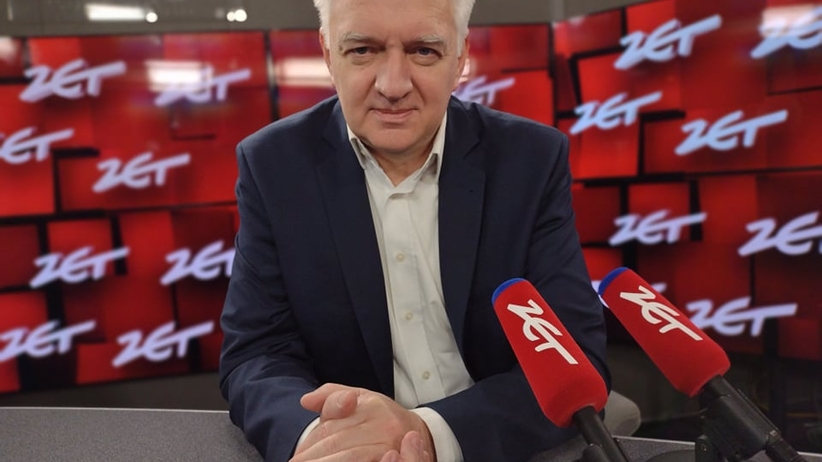 – In negotiations with the Czech Republic, with the European Commission, and with the CJEU, the Polish state has once again failed, and this government has failed. Who was it? I do not want to name a name, but the prime minister is responsible for the successes and failures – says Guest of Radio ZET, former Deputy Prime Minister and Minister of Development Jarosław Gowin.

This is his comment on the penalty imposed on Poland by the Court of Justice of the EU for further lignite mining in the Turów mine. Beata Lubecka’s guest thinks that it is possible to get out of this by communicating with the Czech partner as soon as possible. – When I hear rumors that Poland would limit its membership in the Visegrad group, we have no choice but to present a new, more advantageous offer. It would be another image failure of the government and the state, pointing to the progressive isolation of Poland in the international arena – believes the former deputy prime minister. However, in his opinion, the mine in Turów should definitely not be closed. – This is not an option due to the energy balance of Poland – evaluates Jarosław Gowin. At the same time, he emphasizes that he has “some knowledge that cannot be shared”, but adds that “preventive measures ordered by the vice-president of the CJEU are drastically exaggerated”. – I am out of the government, I am an opposition politician, but I keep my fingers crossed for the government to get out of this stalemate as soon as possible, because the penalties we will pay are covered by the Polish society – concludes the Guest of Radio ZET.

“I proposed a government position to Bielan, but he was not interested”

– On the one hand, it would be completely natural, since he is the leader of the party that is part of the government camp, but it seems to me that his calling is to be a lifetime MEP – says the leader of the Covenant, Jarosław Gowin, when asked about media information about Adam Bielan and the fact that he is to become deputy prime minister. – Even in the previous term of office, when the Agreement was part of the United Right, I proposed to Adam Bielan that, on the recommendation of our party, he assume a government position. He wasn’t interested in it at the time – reveals the former deputy prime minister. Beata Lubecka’s guest emphasizes that he would be surprised if his former colleague decided to take such a step.

See also  COLUMN. See with my own eyes how that car in that crowd ... (Puurs-Sint-Amands)

Asked about the protection of the SOP, Jarosław Gowin replies that the head of the Ministry of Interior and Administration, Mariusz Kamiński, agreed to extend it. – The police and the Ministry of Interior and Administration investigated the threats that were and are directed at me and considered them serious enough to extend my protection – says the former deputy prime minister.

Gowin: This is a difficult moment for the Agreement

Agreement with 0% support? – There are polls where I have 1 percent, there are polls where I have 2 percent. I am aware that this is a difficult moment for the Agreement. For 6 years we were part of the United Right camp, we reached the limits of compromise and went our own way – comments the politician. Jarosław Gowin is convinced that his party will co-create wide center-right lists during the parliamentary elections.

– Jarosław Kaczyński always feared the charges of polexit, because he knew that it would not increase the popularity of Law and Justice. This does not change the fact that after the American elections, Kaczyński consciously began to lean towards the policy of isolationism. – says former Deputy Prime Minister Jarosław Gowin in the internet part of the “Guest of Radio ZET” program. The politician believes that we are not in danger of polexit and adds: – But what I would call PiSexit happened. – PiS has moved to a eurosceptic position, but I am nevertheless convinced that Polish society will not allow Poland to leave the European Union – comments the guest of Beata Lubecka. Gowin believes that the rulers have no plan to leave the EU, but adds that David Cameron did not have such a plan either. – This is what he did and I do not rule out that PiS may also do this – says the former deputy prime minister.

Jarosław Gowin also evaluates Donald Tusk’s proposal to amend the constitution and to include in it the rules of Poland’s exit from the EU. – I accept this proposal with approval. Moreover, in 2010-2011 I headed the constitutional commission and we prepared a draft – supported unanimously – for a special chapter of the constitution regulating relations with the EU. It is worth coming back to that and I will encourage you [do poparcia projektu – red.] all leaders – comments the guest of Radio ZET.

Constitutional Court on national and EU law? – If the verdict of the Constitutional Tribunal indicated the superiority of national law over EU law, it would mean Poland’s practical exit from the European Union – believes Jarosław Gowin. He adds that he cannot imagine judges to behave in such an “irresponsible” manner.

When asked by Beata Lubecka about Prime Minister Mateusz Morawiecki, who boasts that we have a budget surplus of 80 billion, the former Minister of Development replies that it is all “out of Poles’ pockets, due to inflation and high prices”. – When it comes to budget management, it is no secret that Prime Minister Morawiecki withdrew a huge debt and hid a huge debt in the Polish Development Fund and BGK – says Gowin. In his opinion, the real budgetary situation of Poland is definitely worse than presented by the government. – The public debt is about PLN 300bn higher than the official data indicate – believes the politician. The guest of Radio ZET adds that this debt will have to be repaid not only by us, but also by the next generation.

Covenant Leader: Cinemas, restaurants, stadiums for the vaccinated only

The government’s fight against the pandemic? – We are late with some decisions – assesses the former deputy prime minister. – I am a strong supporter of introducing restrictions for the unvaccinated. I am a categorical opponent of introducing lockdowns and restrictions on those who got vaccinated – adds Gowin. In his opinion, if the fourth wave of the pandemic becomes stronger, only vaccinated people should be allowed to enter e.g. restaurants, cinemas, stadiums. –This is not segregation – evaluates and adds:

The reason for Beata Szydło’s resignation? “A cordial request of Jarosław Kaczyński”

When asked by the listener what was the reason for Beata Szydło’s resignation from the position of prime minister, Jarosław Gowin replies that “a sincere request from Jarosław Kaczyński”. – It was not a voluntary decision. The PiS authorities made the decision, supported by me, that Mateusz Morawiecki became the head of the government. We all hoped it would improve relations with the EU – says the politician.