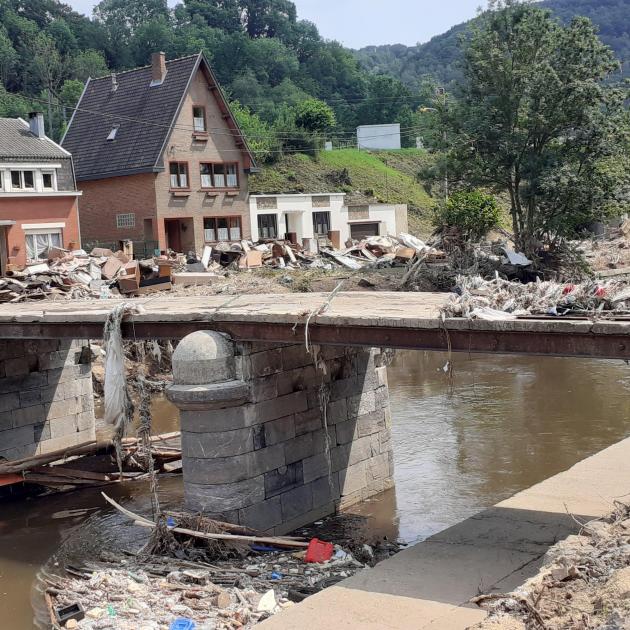 The La Raye bridge in Verviers will be reinforced to allow residents to use it and evacuate their waste. The inhabitants of this hamlet have been completely isolated for 15 days and the floods which devastated the region.

Solution in sight for the inhabitants of the district of La Raye, in Verviers. While the bridge which allows access to these few dwellings was damaged by the force of the water and is only accessible on foot, the alderman of Works, Maxime Degey, indicates that it will soon be possible to ” go there by light vehicle.

The Verviers alderman said on Sunday that work would be undertaken on Tuesday by the company Galère.

Initially, it will be a minimum reinforcement of the structure of the bridge, which will allow the passage of light vehicles namely cars but also small vehicles of the City which will clear the rubble and others. waste taken out of flooded dwellings. This first phase will last two weeks, indicates the alderman.

A second phase of the work will be carried out between August 16 and 27 and will aim at a more important reinforcement of the current bridge. “During the first week, the possible passage of vehicles will be maintained,” assures the alderman.

This work, the cost of which is estimated between 80,000 and 100,000 euros, should lead to a provisional solution lasting two or three years, the time to rebuild a bridge nearby, concludes Maxime Degey.

See also  Confusion with a million bail for Nowak. The family paid the money, but the prosecutor did not prepare the protocol - Gazeta Wyborcza