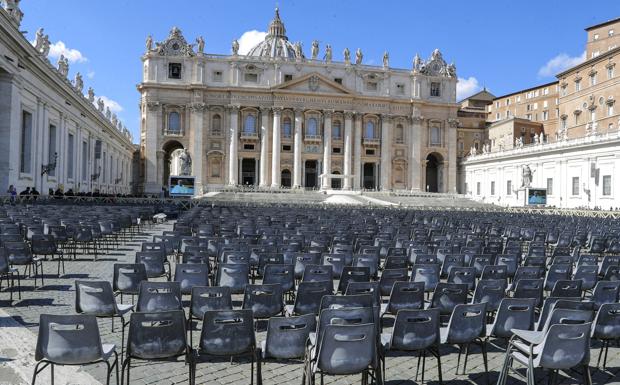 The coronavirus divides Italy into two halves. In Lombardy and fourteen northern provinces, the area most affected by the disease and where 16.7 million people live, the Government imposed this morning strong mobility restrictions to the population until April 3 to try to prevent contagion from continuing. “There is no absolute prohibition to transfer from these northern areas to other parts of the territory. But there is a need to motivate movements based on specific indications. Surely there is reduced mobility, ”said Prime Minister Giuseppe Conte, insisting that “not stop” all activity in the affected area, although its inhabitants will have to explain to the police the reason why they leave their homes. It can only be done by labor demands, imperative need or health problems.

The biggest restrictions affect Lombardy and fourteen provinces: Parma, Piacenza, Rimini, Reggio-Emilia, Modena, Pesaro-Urbino, Venice, Padua, Treviso, Alessandria, Asti, Vercelli, Novara and Verbano-Cusio-Ossola. All of them are located in the northern regions of Emilia-Romagna, Veneto, Piedmont and Marche. Demonstrations and events, civil and religious ceremonies, even funerals, and bars and restaurants can only be opened until six in the afternoon. and provided they guarantee that their customers can maintain a minimum safety distance of one meter.

All people are also required to suffer from respiratory problems and have a fever higher than 37.5 degrees, even if they are not infected with coronaviruses, to remain at home and limit their social relationships. Those who have instead tested positive for the epidemic are prohibited from leaving their homes until the quarantine period ends. Conte acknowledged that they are “very hard” measures. Not in vain, it is the largest quarantine in Europe, and the second most important after China -where 50 million citizens remained isolated- since the onset of viral syndrome. However, the prime minister considered them accurate because of the “national emergency,” so he asked citizens to comply with the rules “without getting ready”.

These restrictions have two objectives: «Contain the spread of the disease and avoid overloading hospital structures». The latter is an increasingly pressing problem because the coronavirus shows no signs of remitting. According to the latest data, the epidemic leaves 7,375 infected people (almost 1,500 more than the previous day), of which 622 has been cured and 366 have died. In a single day, 133 patients died. Italy has already become the second country in the world with the highest number of infected people behind China.

Among those infected there are more than 200 doctors and nurses. «There are already some hospitals in difficulty. We work to avoid overloading, ”said the Prime Minister, who dedicated part of his speech to criticizing the leak last night to the press of a draft decree containing even more restrictive measures, so many citizens tried as soon as possible to escape from the most affected areas.

The mayors and regional governors of these territories shouted in the sky when they met these restrictions. The councilman of Milan, Giuseppe Sala, invited his fellow citizens on Sunday to stay in their homes and «Change your ways of life» to keep only those “strictly necessary” contacts with other people.

The Government decree also contains measures that affect the rest of the country. Nightclubs, game rooms, cinemas, theaters, museums and exhibition centers are closed. Bars and restaurants must ensure that their users maintain a safe distance and educational centers throughout the national territory will remain closed until March 15, although it is feared that the measure will last several weeks.

Even the Pope faced yesterday the strangest Angelus prayer since he was elected bishop of Rome seven years ago. He directed from the interior of the Apostolic Palace the Marian prayer, which was broadcast live on video to avoid the agglomerations of the faithful in St. Peter’s Square. «It is a little strange this prayer of today’s Angelus with the Pope caged in the library. But I see you and I am close to you », Francisco began his speech.