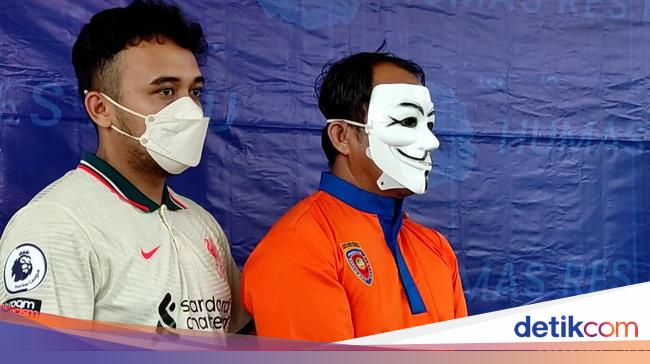 A man in Batu City was caught on CCTV holding a gun on Jalan Raya Pandanrejo, Bumiaji District. Monang Sihombing (50), a resident of Bumiaji sub-district, also shot a policeman.

“The suspect is a recidivist because of the case of mistreatment of members of the Malang City Police in 1998,” said Batu Police Chief AKBP I Nyoman Yogi Hermawan at a press conference at the police headquarters, Friday (1/14/2022).

In that case, Monang was sentenced to seven years in prison at the Lowokwaru Class I Prison, Malang City. The victim suffered a gunshot wound to the neck after being shot by the suspect.

The Batu Police are conducting a ballistic test of the homemade firearms owned by the perpetrators. Has the Colt revolver type rifle been used or not?

“The results of observations that have been made, for assembled Colt revolver rifles have been detonated from the smell of gunpowder in the barrel. The weapon has been modified and the bullets can explode like the manufacturer,” explained Yogi.

To the police, the suspect admitted to having a gun after buying it from someone a year ago. Transactions are carried out using Cash On Delivery (COD) at a price of IDR 1.2 million.

“Senpi were bought for Rp. 1.2 million from someone. The reason for having senpi was for collection and for self-preservation,” said Yogi.

Monang was arrested by the Batu Police Satresmob Resmob Team on Thursday (13/1). From Monang’s hands, the police confiscated a number of evidences, namely a Suzuki Smash N-5342-JH motorcycle, and a detective air gun colt revolver which had been modified into a homemade Colt revolver, for 2.2 mm gunpowder.