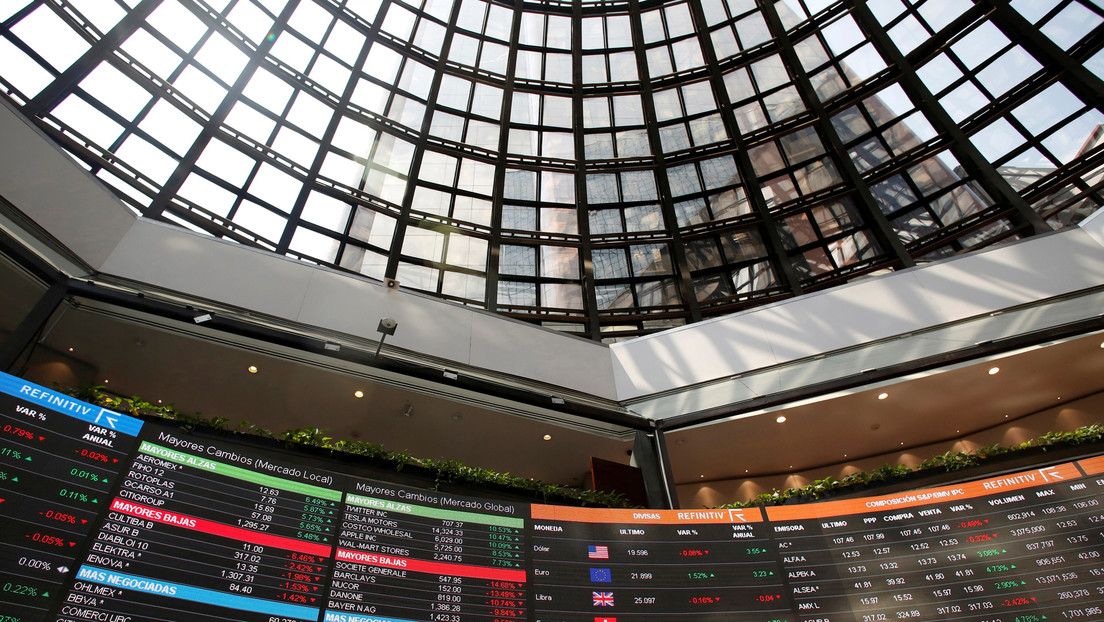 The negative effect of world markets, due to the advance of the coronavirus and the fall in the price of oil, had an impact on the BMV, which closed at 38,730 points.

The ‘black Monday’ that was lived on March 9 in stock markets around the world, had a special impact on the Mexican Stock Exchange (BMV), which fell 6.4%, its maximum daily low since 2008, according to local media Millennium.

The global fear, generated by the progress of the coronavirus and the drop of the price of oil at 25%, hit the actions of Mexican companies. The Price and Quotation Index (CPI) was reduced by more than 2,500 points and was located at 38,730 units, the minimum value recorded since August 2019.

Also, the value of the dollar in that country exceeded the barrier of 21 pesos and was sold in 21.17, according to figures from the Central Bank, a level that had not been seen since January 27, 2017.

The negative day of markets around the world, reverberated noticeably in the emerging economies of Latin America. In addition to Mexico, Brazil, Chile and Uruguay saw their currency depreciated.

Meanwhile, Argentina suffered a strong drop in the local stock market of 13.75%, and its country risk grew up in more than 15% at a time when it tries to restructure its public debt so as not to fall into ‘default’.

How not to get coronavirus while traveling