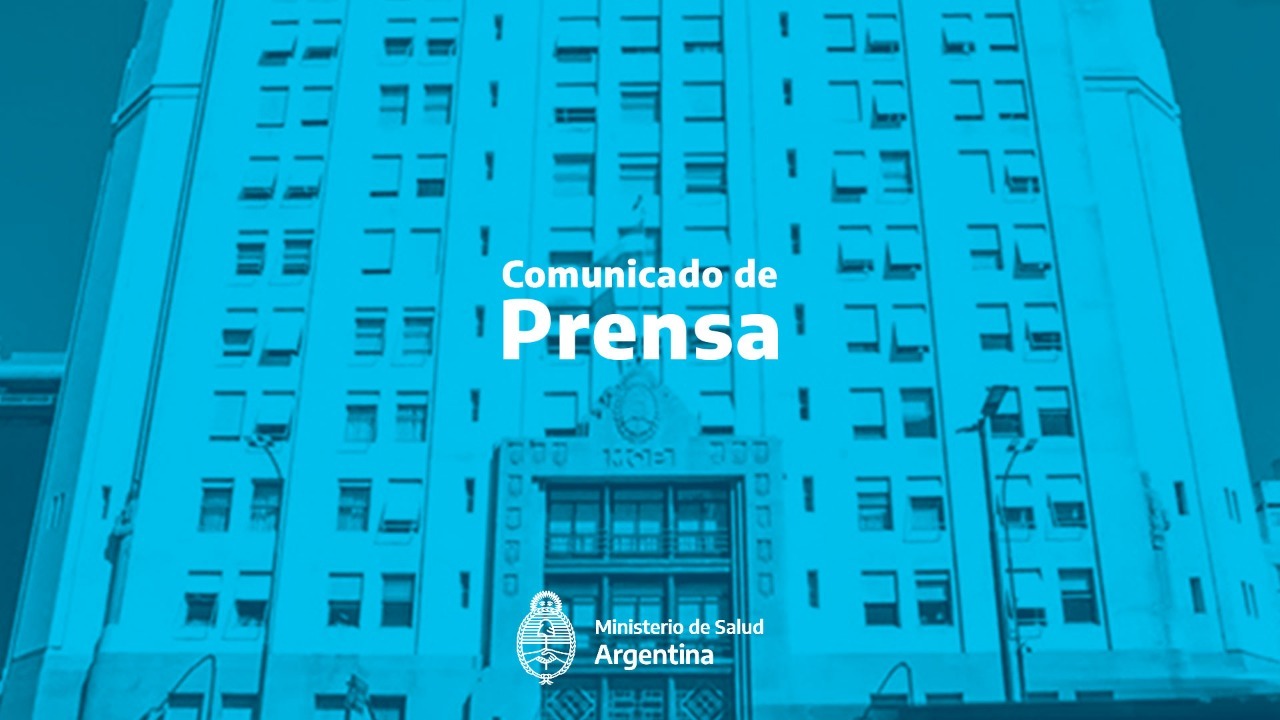 The Ministry of Health of the Nation informs that a possible case of measles has been registered in the City of Buenos Aires. The probable case of measles is a 25-year-old woman, 9 weeks pregnant, who was treated at a private health center with suspected COVID-19, being negative for this disease, and presenting positive serology (IgM) for measles. The sample was processed by the Virology Laboratory of the Gutiérrez Hospital in the City of Buenos Aires last Friday. The woman has not been vaccinated against measles or rubella.

The woman returned to the country on March 4 and would have contracted the disease on the occasion of a trip to Maldives whose itinerary stops in Jordan, Qatar, Dubai and São Paulo. Eleven days after her arrival, she developed fever, runny nose, cough, and conjunctivitis, adding a rash two days later, that is, on March 17. On March 21, she consults about her painting and she is hospitalized for suspected COVID-19. However, her result for this disease was negative, which is why her evaluation began as a probable case of measles, which would have yielded a positive result. Currently the patient is asymptomatic and at her home.

As a result of the notification, the investigation and control actions and follow-up of the contacts of the case were initiated. The samples were sent to the ANLIS-Malbrán National Reference Laboratory for molecular studies and confirmation. The City of Buenos Aires continues to carry out the corresponding focus control actions.

Given this situation, the Ministry of Health reminds the population that current vaccination coverage is, worldwide, below the proposed goals, for which there is a high risk of contracting vaccine-preventable diseases. Due to the above, it is recommended that the population (children and adults) verify and complete vaccination schedules and, in the presence of fever and rash, consult a health center.

See also  Cristina Bălan: "I was told that my twins need medicine, not love"

Globally and regionally in the period 2000–2016, there was a decrease in measles incidence of 84% (from 853,479 to 132,490 and 88% in associated mortality (from 145 to 18 cases per million), followed by a resurgence globally during 2017-2019 (567% increase) and then an apparent decrease in 2020 during the COVID-19 pandemic Vaccination coverage decreased globally: 22.3 million children did not receive the first dose of the vaccine against the measles and surveillance systems deteriorated.In this scenario, the increased susceptibility of the population and suboptimal surveillance cause a resurgence of a high risk of transmission and outbreaks, threatening progress towards elimination of the virus.

In Argentina, the last endemic case was registered in the year 2000. However, since the elimination of the disease until the year 2018, a total of 43 imported and import-related cases were registered. In 2019 and 2020, a total of 199 cases of measles were confirmed, of which 18 were imported, 2 related to importation and 179 cases of unknown origin, the latter corresponding to the largest outbreak since elimination.

In 2020, as a result of the pandemic, there was a drop in adherence to vaccination schedules (between 2009 and 2019 they had already dropped by 10 points on average). Considering that the measles virus continues to circulate in other countries of the Region of the Americas (and endemic circulation is currently registered in Brazil, Venezuela) and given the decrease in vaccination coverage, which implies a high risk of importation of cases and development of outbreaks in the country. For this reason, the Ministry of Health urges Argentine men and women to maintain high vaccination coverage with two doses of measles vaccine (double or triple viral) and asks the health system to articulate protocols for early detection of the disease to through a sensitive surveillance system that prevents the spread of cases.

See also  Chelsea sponsors are blocking cooperation with the club

For these reasons, the Ministry of Health reminds that the vaccine with a measles component on the occasion of a trip must be applied at least 15 days before departure. Likewise, it recommends that all people, travelers or not, verify vaccination schedules.

Complete vaccination schedule according to the National Vaccination Calendar:
▪ From 12 months to 4 years: they must prove a dose of triple viral vaccine.
▪ Over 5 years of age, adolescents and adults born after 1965: they must prove at least two doses of vaccine with a measles component applied after one year of life (double or triple viral) or have positive IgG serology for measles.
▪ People born before 1965 are considered immune and do not need to be vaccinated.

See also  The KPK OTT against the Minister of Social Affairs originated from public reports, this is the chronology

Likewise, it is recalled that the double or triple viral vaccine is contraindicated in children under 6 months, pregnant people and those with immunosuppression. For more information go to: https://www.argentina.gob.ar/salud/sarampion/vacunacion#contraindicaciones

For health teams across the country
All people who work at the healthcare level must certify the application of two doses of vaccine with a measles component, after one year of life (double or triple viral). Alternatively, immunity can be established with positive IgG serology for measles.